The Eastern Michigan University baseball team took two of three games from the Kansas Jayhawks this weekend. The Eagles won the rubber match 10-4 at Hoglund Ballpark Sunday in Lawrence, Kan.

After dropping game one of the series on Friday night, 8-1, the Eagles (9-6) got two great pitching performances. Sophomore right-hander Steve Weber pitched seven scoreless innings allowing no runs and three hits on Saturday, and senior Corey Chaffins allowed just two runs in eight innings while striking out seven and walking none.

“Chaffins is a guy we had been using as our closer,” Alexander said. “But, having lost some guys, we moved him into the rotation. This is the kind of level we expect out of him no matter what his role is.”

Weber shut down the Kansas offense all afternoon, working around the bottom of the strike zone and letting his defense shine as he didn’t record a strikeout in the game. Chaffins got similar results working deep into the game, but was coming into Kansas hitters all day as he allowed 10 hits and no walks while punching out seven.

“We like to use our guys and get them all work,” Alexander said. “We hope with every start to get seven or eight innings out of our guys.”

The starting pitchers weren’t the only ones who picked it up after Friday’s loss as the offense seemed to click as well. The Eagles offense generated 18 runs scored in the final two games of the series. In game two, the offense got started early with three first-inning runs on back-to-back RBI singles from freshman first basemen Lee Longo and senior second basemen Zack Leonard.

In the fourth inning of game two, junior catcher Kyle Peterson blasted his third home run of the season.

“We hope to see more of that from Kyle this year,” Alexander said. “Sometimes he struggles with consistency at the plate a bit with the strikeouts, but he’s a smart player and he even threw an inning for us on the mound Saturday and was 89-92 (mph) with his fastball.”

Sunday, the offense got it done with the usual suspects at the top of the order as outfielders Ken Battiston, Brent Ohrman and Daniel Russell combined to hit 11-for-15 with a walk, six runs scored and six RBI.

This series marks the end of the Eagles’ season-opening road trip. The first chance to see the Eagles at home comes at 2 p.m. Friday as they begin the Oestrike Classic against Alma College. 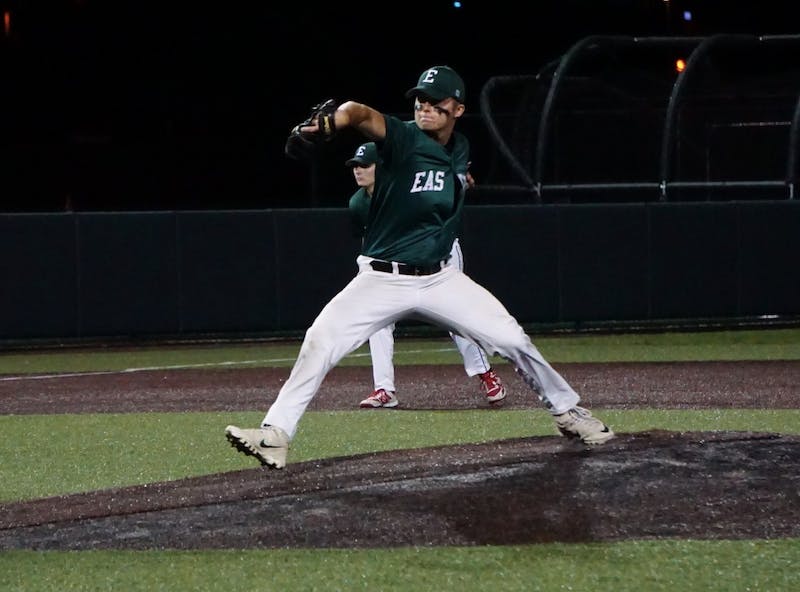 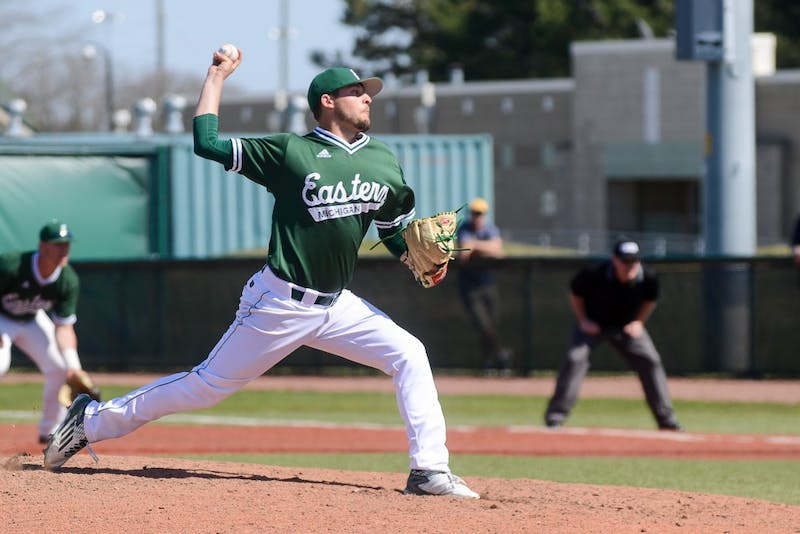 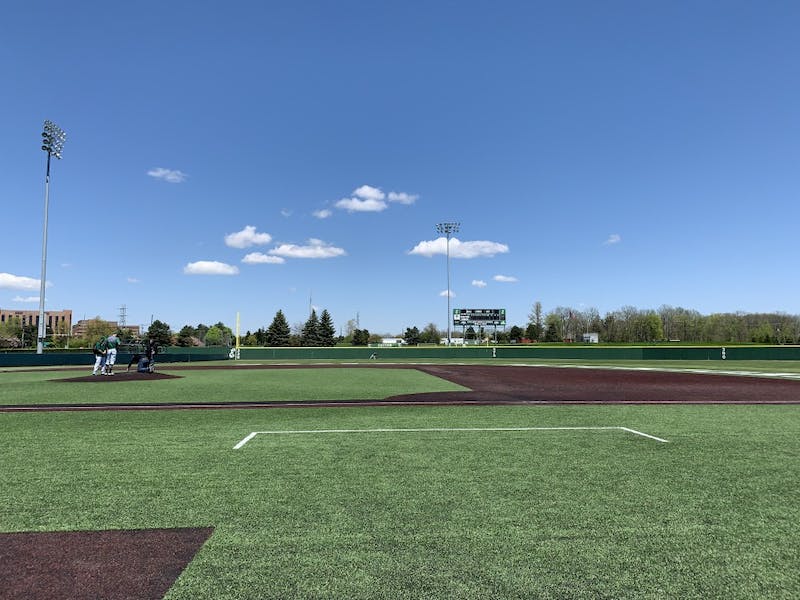