The event was hosted by Gov. Rick Snyder and Eastern Michigan University at the Marriott Eagle Crest Hotel.

Napolitano said because computers have become so pervasive in our world, cyber-security is everyone’s responsibility.

“As more and more daily functions rely on digital systems, the importance and necessity of protecting our computers, our mobile devices and our networks only continues to increase,” Napolitano said.

She said the DHS, the third-largest department of the federal government, has prioritized the protection of the nation’s critical infrastructures and key resources by emphasizing the connection between the physical and cybersecurity.
“We are recognizing that what happens in the digital world increasingly impacts the physical world,” she said.

The theme of this year’s NCSAM is “Stop. Think. Connect,” with the idea being to create more Internet-savvy end users by sharing security and safety tips.

Napolitano said in a letter Michigan was chosen as the starting point of the tour because the state has “emerged as leaders in cybersecurity programs and education.”

In February of 2010, the Michigan State Government agreed to install the DHS’s EINSTEIN 1 software program on its networks to act as a test state for a one-year trial period at no cost to the state.

Snyder called citizens to action on cybersecurity, saying only through education can we do a better job of protecting our society and ourselves.

“This is something of great magnitude and importance,” he said. “That the only prudent answer is we don’t wait for [a cyber] crisis. That we act and we do that in diligence.”

Snyder said in a letter the event would address the “real threats from those who abuse technology for malevolent reasons.”
The governor is partnering with the DHS to create the Michigan Cyber Command Center to look at the kinds of attacks going on in the state, as well as methods for early detection and rapid response.

“Much of it is already in place,” Snyder said. “It’s really increasing the role and responsibility with some increase staffing, but not an extra ordinary large amount. I don’t want people to view it as this is just mainly for jobs, there’s an important public safety, from a criminal aspect and a national security aspect to this.”

The governor said the Michigan Cyber Command Center will be created by adding additional responsibilities for employees at the senior level of the already existing Michigan Intelligence Operation Center, which will now add cybersecurity to its purview.

To further drive home the point for the need of additional cybersecurity, Snyder recounted his personal experience of being a victim of identity theft and the pains it took to fix the problem.

“And the challenge of that, is it ended up on my credit record, and it took over two years to finally clean it up,” he said. “And that was a major hassle in my life.”

Snyder denied the recent report stating he would not be running for re-election, but a second term would of course depend on Michigan voters.

“In terms of being interested to serve and having an opportunity to make a difference in this great state I’m fired up for Michigan,” he said. “We’ve got to re-invent this place, and there’s much to be done.”

The chief security officer for Facebook, Joe Sullivan, said collaboration and information sharing between the government and corporations is the only way to combat the ever-evolving threats arise on the Internet.

“Dialogue between the companies that make the products and the government, like this conversation, they are still going to be critical,” he said. “Because we’re going to be making crazy products in 10 years, and you guys are going to have responsibility for protecting people using those products.”

Stacey Heams, 42, works as a school resource officer for the Milan school district; she covers the middle school and the high school, as well as both elementary schools in Milan.

Heams attended the event to gain some insight on cyber bullying, because Milan School District doesn’t currently have a policy on how to handle the offense. She said students are regularly on computers in all of the schools she covers.

“For me mostly in the schools it’s harassment using the Internet,” she said. “Facebook, that’s the big one, and texting back and forth.”

Heams worked at EMU as an area police officer from 1999-2007 and said she didn’t really encounter cybercrimes at the university during her time there.

“Most of the things I dealt with when I was at Eastern were larcenies,” she said. “People leaving their doors unlocked in the dorm rooms, you know, stuff like that…not so much of this Internet stuff, but it just seems like it’s really taken off the past couple of years.”

The White House cybersecurity coordinator and special assistant to the president, Howard Schmidt, said a third of the planet’s population now uses the Internet and there are more than four billion digital wireless devices in use around the
world today.

“We fully recognize that the Internet is indeed a global phenomenon and that means we must work together with our international partners to improve every-one’s cybersecurity,” Schmidt said.

U.S. Rep. John Dingell, D-Dearborn, said the gravity of the cybersecurity situation in the U.S. has increased; he cited a Government Accountability Office report showing a 650 percent increase of threats to federal computer networks over the last five years.

“Every federal agency, whether they dispense money or deal with national security, is under active threat from at home and from abroad,” Dingell said. “And in addition to that GAO reviewed the practices of some 24 federal agencies, and in each instance found weaknesses. In each on the terms of protecting sensitive in-formation.”

The Michigan Cyber Initiative reported during 2010 the state’s government blocked an average of 88,774 intrusion attempts against its networks every day.

Volunteer students at EMU’s sponsor table could not answer questions about EMU’s network security or the breach of student information last March but did offer literature on Information Assurance BA programs offered at the university.

U.S. Rep. Mark Ouimet, R-Scio Township, said he was looking forward to learning more about cybersecurity at the breakout sessions later in the afternoon.

“Just continuing to pick up new information on all this,” he said. “This is what for me is what’s important, an opportunity to learn the scope and the depth of what’s occurring out there.

“I think everyone is now pretty sensitive to the issues. It’s kind of a new world for everybody and learning about how to deal with it and being proactive.”

Like Snyder, Ouimet had his own issue with identity theft, when his social security number was posted online in an AnnArbor.com article on government expense reports.

The breakout sessions were broken down into five main categories: business, education, home user/families, law enforcement and government and featured relative topics presented by experts in their respective fields. The lectures attempted to en-gage citizens of all ages and professions.

The education seminars discussed cyberbullying solutions, protection from Internet predators and safe Internet practices for children of all ages.

To counter bullying in his school assistant principal David Simancek of Swartz Creek High School, instituted a program he created called “Power of 100.” The idea behind the initiative is the power of 100 students talking at optional biweekly meetings about all types of bullying at the school.

“My goal is if I can get a 100 kids at every meeting that I have over the school year, that means in my high school there’s going to be somebody in every single corner, at every time of day, to do what I want to be done,” Simancek said. “And that’s to look out for bullying and to help the victims who get bullied.”

He went on to say other educators can “steal” any of his ideas and materials for their own use, to help stop bullying in their own schools. 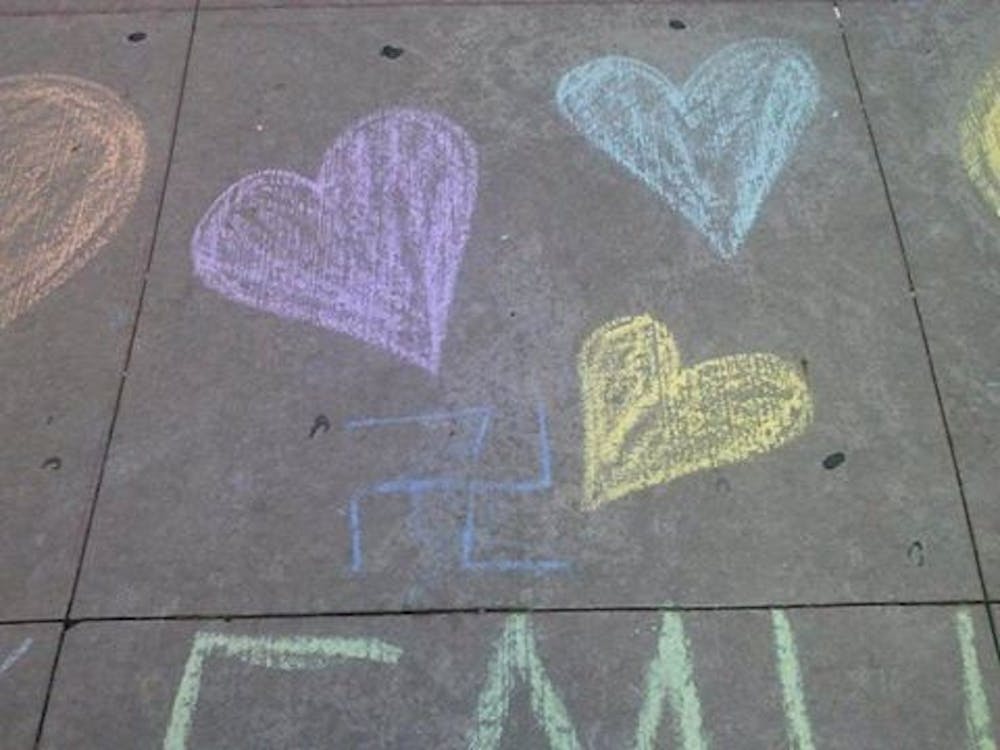 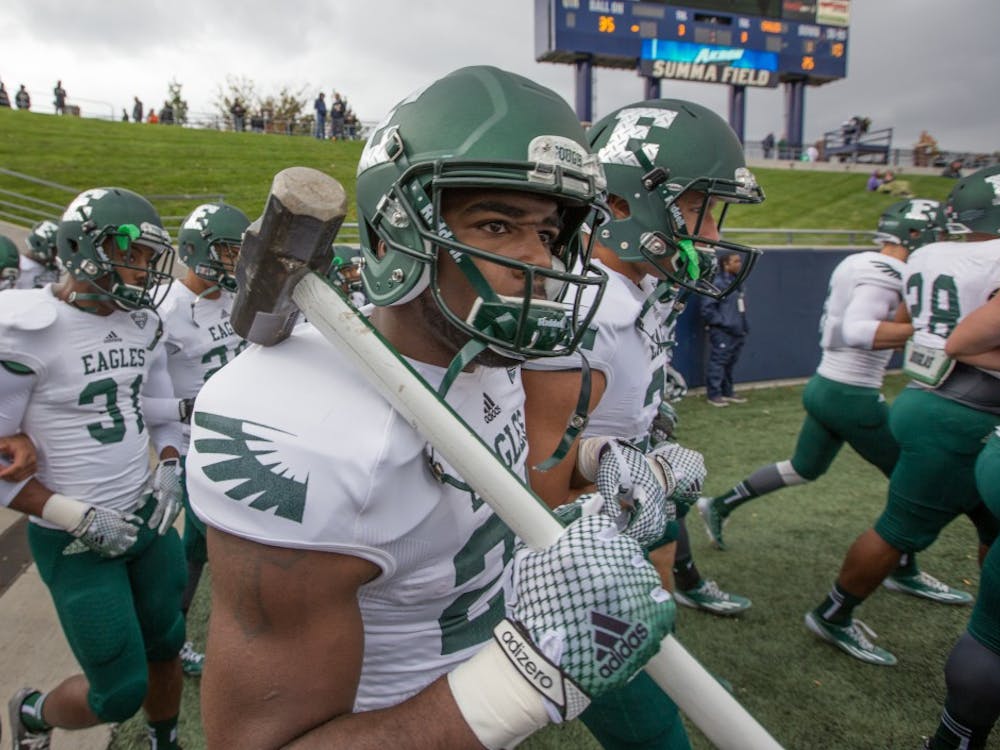 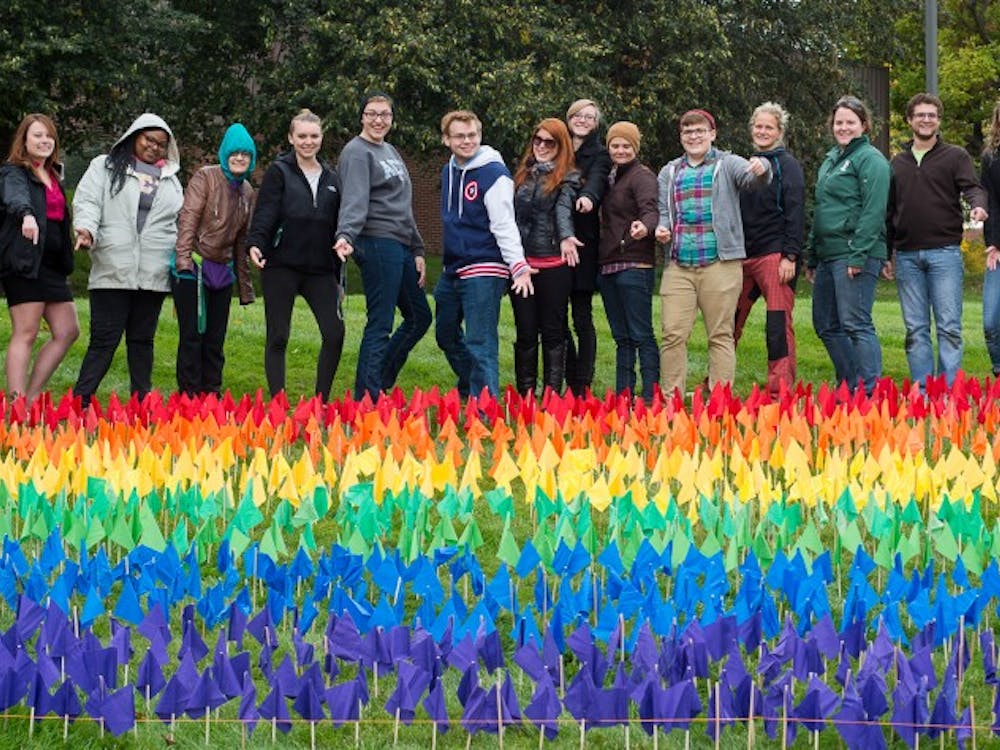