Hudson led the Eagles in scoring with 13 points. Lewis was one point behind with 12, and Cardwell was last in line with 10. Kent State’s Alexa Golden led all scorers with 17 points.

“Our field goal percentage in the first half was atrocious,” Head coach Fred Castro said.

Scoring struggles in the second quarter caused the Eagles to face a 16-point deficit with under a minute left. Throughout the first half, Kent State was dominant at crashing the glass. The Golden Flashes outrebounded the Eagles 24-16. Kent State was able to close the half leading by double-digits.

However, even with the improvement in shooting percentages, the Eagles still remained down by double digits, eventually losing by 13 points.

The Eagles will face the University of Akron in the Convocation Center Wednesday, Feb. 20 at 7 p.m. 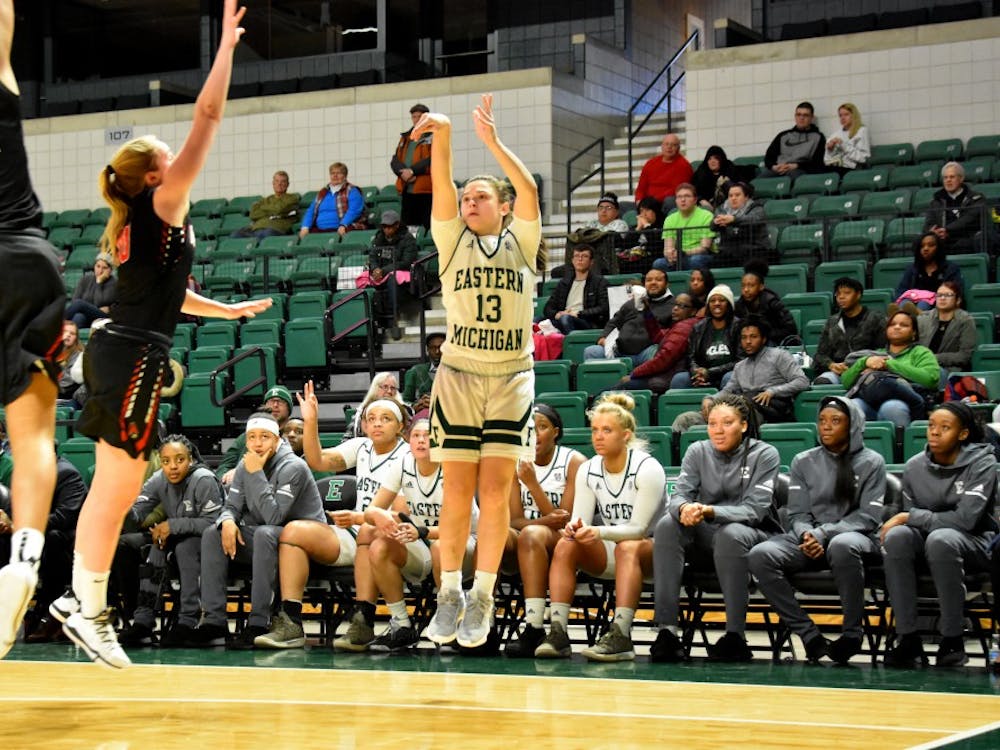 By Luke Gremban and Zach Sturgill