The 21-year-old Ypsilanti native was honored live on the Disney Channel for her efforts in changing the foster care system. Barros was the recipient of the Heroes for Change award, which is given to a young person who is making a difference in the world through charitable work.

“It was like a dream becoming a reality,” Barros said. “It’s every young girl’s pipe dream to become a Disney star and I feel like I got that moment. I got to meet so many celebrities, I got to walk the red carpet, and I got to be on national television.

“It was absolutely phenomenal, and I was so thankful that Disney gave me their national platform to raise my voice for the 450,000 youth in foster care.”

Barros said the award is symbolic of the hard work she has put into advocacy and the adversity she has had to overcome.

At 11, Barros and her three younger siblings entered foster care due to abuse and neglect. Despite their mother’s battle with drug addiction and substance abuse, she was able to regain custody of her kids when Barros was 12.

Life took a turn a year later when one of Barros' brothers crashed a car into their house, leaving the family homeless. Feeling depressed, their mother turned back to drugs.

For seven months, Barros and her siblings were homeless.

“There were moments when I was living in a ditch,” Barros said. “I remember a stranger came to the ditch that I was living in and donated a tent for me to sleep in. I slept in cars, tents, dirty motels, homeless shelters … Because of my experience being homeless and the dirty conditions I caught a variety of different diseases.”

At the time, Barros was about to embark on a new journey -- the start of her high school career.

When Barros was 14, she and her siblings got taken away from their mother for the last time. They went back into the foster care system, where Barros said she was treated as if she was not human.

“I’ve had a really crappy experience in foster care,” Barros said. “I’ve had abusive foster parents. I remember one foster parent would call me ‘it’ and ‘thing’ and wouldn’t call me by my name.

“We lived in a mansion and they would throw these Great Gatsby themed parties. During the parties all the foster kids in the house would get locked up in one room for hours, and once the party was done, we would be the ones forced to clean it up. We were treated unfairly versus the biological kid.”

Barros was bounced around between foster homes and also experienced living in a group home where she recalls being starved and bullied to the point where she wanted to commit suicide.

To make matters worse, Barros was separated from her siblings and not allowed contact. She was never provided with an explanation as to why.

The hardships Barros faced in foster care inspired her to fight for change. After six years of relentless advocating, she would eventually be reunited with her siblings in August 2018.

“I advocated to different judges, lawyers and social workers on why it’s important for me and my siblings to be together,” Barros said. “One of my brothers was in Missouri’s foster care system and not once, but twice, I flew over to Missouri to attend a 15-minute court hearing which cost me over $1,000 each time, just to tell the judge why me and my brother should be together.”

In July 2018 she shared her story with Congress and the White House; stressing the importance of keeping siblings together in foster care. She has even introduced her own bill called the National Sibling Bill of Rights, which would give young people in foster care the right to live with their siblings. If the siblings cannot live together the bill would require them to be told why and also allow them to have contact with each other with frequent visitation.

Barros is also a member of the National Foster Youth and Alumni Policy Council. Once a year, she and her fellow colleagues meet in D.C. to talk with federal stakeholders and make recommendations on how to improve the child welfare system.

If any outcome was to come from her advocacy work, Barros said she hopes more prevention services will be put in place so children from families that struggle with poverty, addiction and mental illness will be less likely to end up in foster care.

Every day Barros said she uses her pain as motivation to change the system so other youth in foster care do not have to suffer like she did. Along the way, she continues to be an inspiration to many.

“Brittney is an amazing young leader who represents what resilience is all about in my opinion,“ said Celeste Bodner, executive directer and CEO of Foster Club, the biggest national organization for foster youth. "She’s been able to take some of the really difficult things she experienced as a child, like being in foster care and being separated from her siblings, and she’s used it as expertise to make the foster care system a better place for other kids."

Barros also said she envisions staying in Ypsilanti and would like to run for Congress some day. But before she makes that vision a reality, she dreams of becoming the social worker she never had.

For any kid living in the foster care system, Barros said his or her voice is the most powerful weapon.

“I would tell people who are going through the foster care system to be an advocate, not just for themselves, but for others as well,” she said. “I would say to continue to push on and continue to be a voice to the voiceless.” 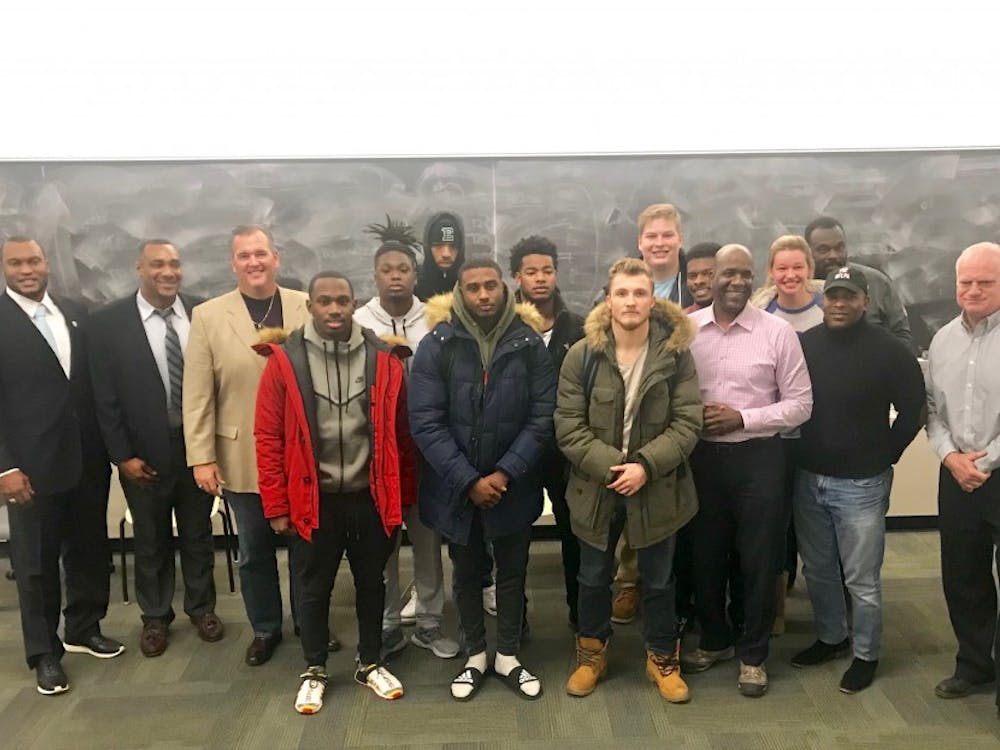