Gov. Gretchen Whitmer has been taking heat lately for her administration’s handling of the troubled school district of Benton Harbor Area Schools.

Gov. Gretchen Whitmer has been taking heat lately for her administration’s handling of the troubled school district of Benton Harbor Area Schools.

Whitmer’s administration planned to close the district’s only high school because of its historically low academic performance and the fact that the district is more than $18 million in debt.

Community outcry has been intense, with school board officials, students and parents alike all opposed to the closing of the school.

Last month, school board officials rejected a plan from Whitmer’s administration that would force the school to close in 2020 if it did not meet certain academic and financial requirements. Just last week, Whitmer traveled to Benton Harbor to continue talks with administrators after a deal had still failed to materialize.

The move to close the school follows a long and painful history of the state government intervening in struggling cities. In Inkster, for example, the school district was completely dissolved after the state concluded it was not “viable.” And it’d be hard to forget the Flint water crisis, where an emergency manager was appointed to run the city, which led to a series of events that led to the still ongoing crisis in Flint.

Benton Harbor, with its 86% black population, has struggled for years with poverty and academic scores. It would send a pretty stark message to the already struggling community if the state were to shut down its only high school.

One of the biggest factors in Benton Harbor’s continued adversities with schools is Michigan’s failed schools of choice program. School districts can choose to allow students to enroll in a district that they do not live in. The idea is that this will create competition among school districts to improve their schools. The problem is that the money follows the students; when a student moves districts, so does the funding for that child.

This forces districts to roll back programs and benefits for students who choose to stay in those districts. It has resulted in a snowball-like effect where already struggling schools see a sharp decrease in enrollment, immediately followed by a sharp decrease in funding. Oftentimes, revenue falls faster than costs, which put school districts in a very tight situation.

This inter-district choice policy was put in place on top of the already segregated school system in the state. Michigan has the second highest segregated schools in the country, with over 40% of black students in Michigan attending districts with a black population of 90% or more.

Instead of feeding into an already failing system, Whitmer and her administration should be fixing the root causes of Michigan’s crumbling schools. Rather than shutting down the city’s only high school, the state should be allocating more resources to help the strained community.

If the state wants to see better academic scores, it should provide the resources for higher quality teachers, more programs such as AP classes for academically inclined students to prosper, early education opportunities and any number of other positive programs and incentives to help the district flourish.

Giving the students of Benton Harbor an ultimatum of “get higher test scores or we’ll shut down your school” is the type of stark messaging you’d expect from a Republican governorship, not a newly-elected Democrat who promised to fight for Michigan’s children.

Michigan desperately needs to fill the gap in funding for lower-income schools. It also needs to repeal its current inter-district choice policy that has resulted in the failing school districts we are now witnessing. We need to be investing in kids of all income levels and races.

If handled correctly, Whitmer could make Benton Harbor a shining example of school reform. But that’s not the path her administration is heading towards. 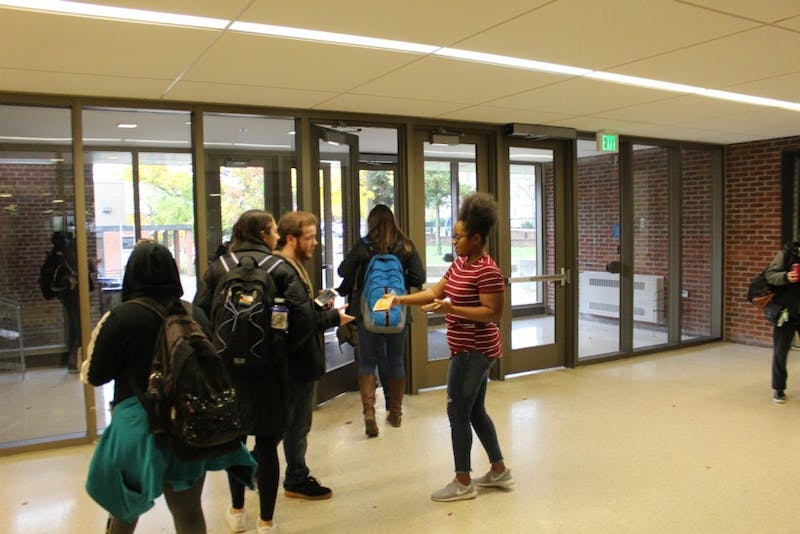