The 2019-20 college basketball season will begin on Nov. 5, 2019, and Eastern Michigan’s season will start soon after. The Eagles, who were picked to win the MAC West division prior to last year, are going to deal with a different level of expectations this time around.

Eastern lost three senior starters to graduation in Paul Jackson, Elijah Minnie and James Thompson IV, and the new team is preparing themselves to have a successful campaign with just one senior.

“I felt as though the pressures didn’t come as long as you don’t think about them as much,” Daniel Orton, who played at Kentucky in 2010, said. “I just kept doing what I had been doing my whole life, which is playing basketball. Yet, at the time I’d be lying saying that I didn’t think of it from time to time. I just continued to work to get better.”

Daniel Orton was drafted 29th overall in the 2010 NBA Draft.

The Eagles went 15-17 last year, but they competed in the MAC, going 9-9 and hosting Ball State in the first round of the 2019 MAC Tournament. Eastern Michigan was also 11-7 at home, including victories over Drexel, Kent State, Northern Illinois, Toledo, Western Michigan and more.

Boubacar Toure, who is one of only two remaining starters and the only senior returning to the Eagles, averaged 8.6 points, 7.8 rebounds and 0.4 assists on 65.1% from the field. He also added 1.4 blocks per game in 31 outings. However, Toure struggled at the free-throw line, shooting just 47.6% from the charity stripe.

“Not just to a big, but to any player I would say keep adding to your game every year and continually work on your craft,” Orton said. “The more dimensions you have to your game, the better you slowly become and the less people will be able to scout you early on in the year.”

Orton helped Kentucky reach the Elite Eight in 2010 alongside John Wall, DeMarcus Cousins, Patrick Patterson and Eric Bledsoe under head coach John Calipari. Orton averaged 3.4 points and 3.3 rebounds in 13.2 minutes per game. Kentucky finished the year 35-3 following its loss to West Virginia, 73-66, in the Elite Eight. Since 2010, the Wildcats have been one of the most successful programs in the country under Calipari.

“Having a successful team is completely luck to me,” Orton said. “Staying healthy is the main part. Having a team full of players that buy in and can buy in to the common goal. Chemistry is everything when it comes to a successful team. At the end of the day, you really just need a solid eight guys who will go out there and fight.”

The Eagles will look to shape their team after programs like Kentucky, who win consistently with balance and depth. Eastern Michigan hopes to build its 2019-20 team around players like Toure, Ty Groce, Damari Parris, Jalen King and others, as they add more depth heading into the regular season.

The last time the Eagles went below .500 was in 2017 when they struggled to 16-17, but they responded the following year by going 22-13, tied for the most wins since 1997. The team will look to bounce back and follow a similar pattern this year. 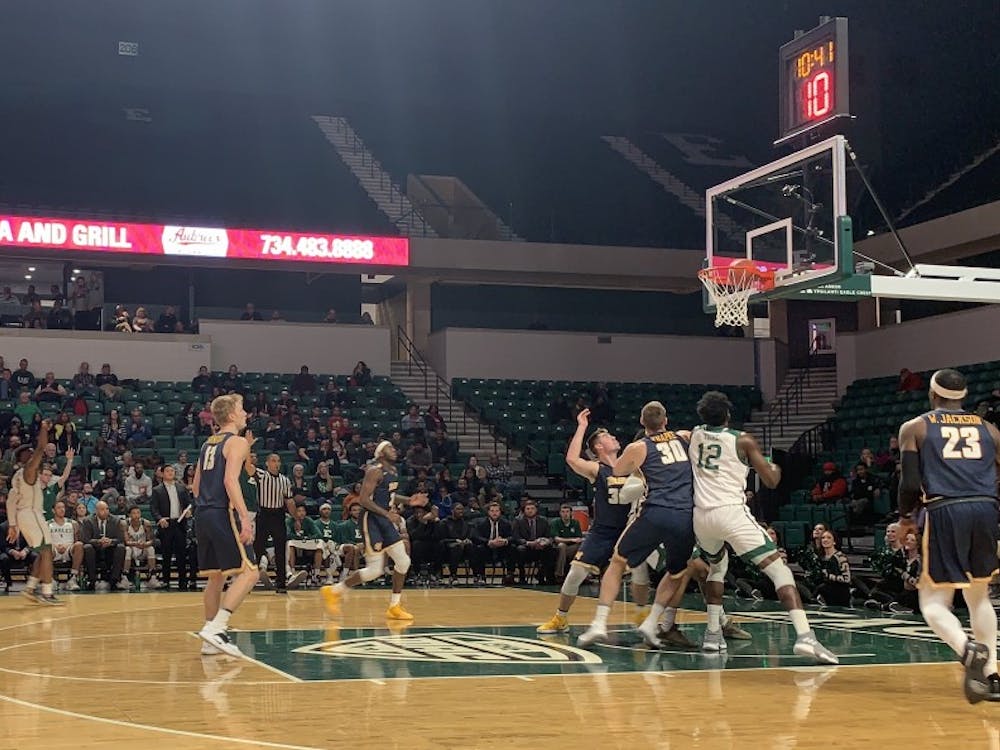