The volleyball team lost to Navy in five sets in the home opener.

Alyssa LaFace bumps the ball against Western Michigan at the Convocation Center.

Eastern Michigan volleyball played Navy Sept. 14 at the Convocation Center. Eastern came into this game with a 3-3 record, fresh off of a 3-0 rout of McNeese State to end the Sawyer Camillo Memorial Classic.

Eastern Michigan started the Michigan Challenge with its game against Navy, a three-game event featuring Navy, the University of Michigan and Purdue-Fort Wayne. Navy came into the game 3-4, while losing three of its last four before defeating the Eagles in five sets.

The Eagles started off winning the first set 25-19. Navy jumped out to an early lead with an aggressive offense and an energetic and lively bench. Eastern then found its footing and finished strong with a 6-0 run to end the set.

In the second set, Navy started out strong again, causing Eastern to call a timeout after a four-point run. With the score at 12-6 in favor of Navy, Eastern shaped up its game plan and clawed its way to a 16-16 tie. The rest of the set was a tight back-and-forth match, with Eastern always one or two points behind Navy. However, Eastern lost the set 25-23 after Ariel Hamby was called for touching the net.

In set three, it was Eastern Michigan that jumped out to an early lead. The Eagles rode the wave of momentum and points to finish the set with a 25-20 win. In the fourth set, Navy started to get the ball over the net quickly, sometimes not even maximizing all three hits to set a spike in favor of getting the ball over the net and keeping Eastern on its heels. The set reached sudden death, and with both teams tied at 25, Eastern Michigan middle blocker April Houston blocked a Navy spike with her face. Camille Schomer fielded the spike and set it back to April, who hammered a spike at the Navy defense, securing a point and giving Eastern the advantage.

Eastern was not able to capitalize on this, though, and Navy answered with two spikes of its own. Also, an ill-aimed spike by April hit out of bounds gave Navy the set. With the match tied at two sets for both teams, a final set was played to 15 points. Navy began this set with the lead and maintained it to the finish through aggressive and athletic play. Navy won the final set 15-13 and took the win. 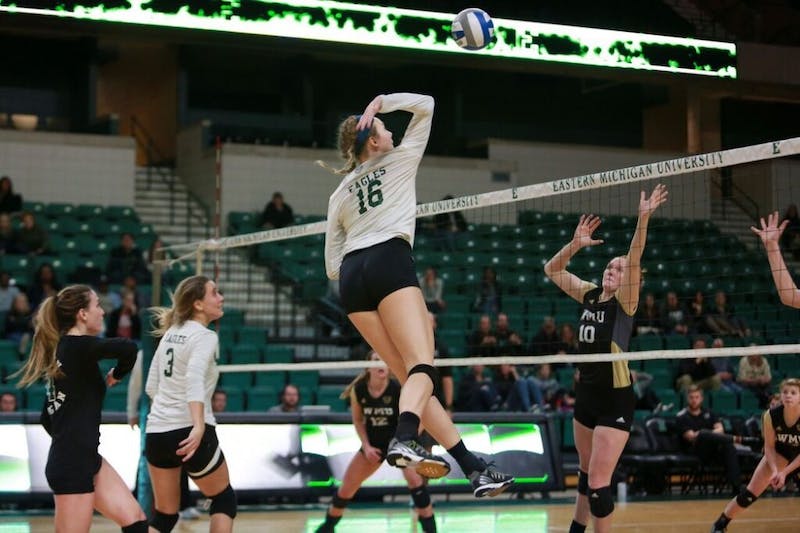 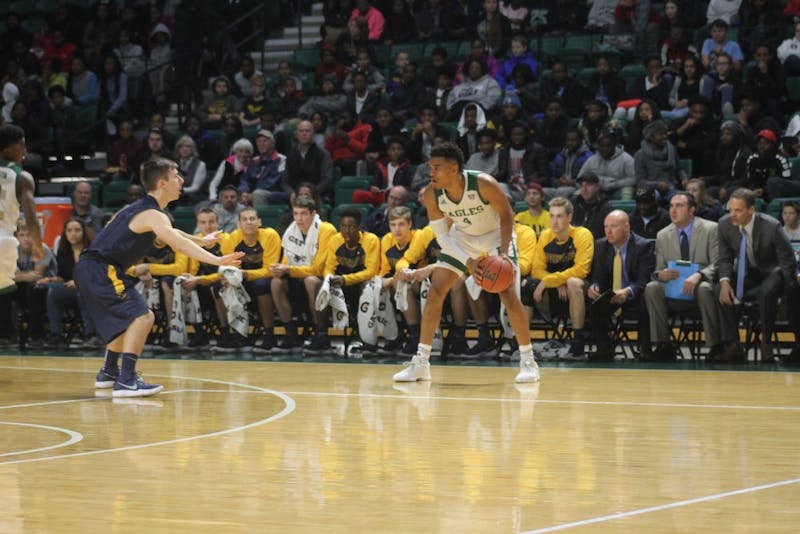