The music festival is closely tied to the EMU and Ypsilanti communities and features the talents of students and alumni.

Eastern Michigan University’s University Park and Amphitheatre is serving as the backdrop for the second annual EMUsic Fest Thursday, Sept 26. EMUsic Fest is a free music festival which highlights local talent and vendors. Central to the event are EMU students and alumni who have a hand in planning, performing and showcasing their art.

The festival debuted last year as a result of EMU alumna Ariona Kalaj’s desire to combine her passion for live music and event planning. To build off last year’s inaugural success, Kalaj is emphasizing collaboration with student organizations and local businesses, including Delta Sigma Phi fraternity, Sweetwater’s and Vegorama.

In an interview at Sweetwater’s (the event’s primary sponsor), Kalaj spoke of her desire to accentuate the interactive aspects of the festival - bringing in professionals in massage and hair styling in addition to unique local musicians. Even amidst setbacks such as lineup changes, Kalaj has managed to adjust and build relationships with local artists.

“Supporting local artists is getting to know them as people,” Kalaj said. "Getting to know the individuals and bands personally creates a network of dedicated and passionate performers who believe in the mission of the festival."

Bradley Birkle, an EMU student and member of the local band Social Meteor, is one of those performers. In addition to emphasizing the collaborative aspect of the festival, he stresses individuality and the coming together of unique voices, experiences and musical style.

In Birkle’s own band, that means bringing together jazz and indie influences and staggering instrumentation to allow members to “put their own flavor in the soup.” Defying genre guidelines through experimentation allows Social Meteor to create a new form rather than fitting one, and that spirit is present throughout the whole festival.

Social Meteor is hoping that the festival brings exposure to their band and other local artists. They are set to release an EP in November and have performed at local venues such as house shows, Ziggy’s and Sweetwater’s.

The vendors at the event are also of local character. Sidney Phan, a nursing major at EMU, has displayed her artwork at Sweetwater’s, Ypsi’s First Fridays and Teaspressa in Ann Arbor and is displaying and selling her art this year at the festival. She attended the festival last year as a supporter and volunteer, drawing the Sweetwaters logo in chalk at the festival and taking in the artistic atmosphere.

This year she decided to become more involved. Phan tossed around the idea of performing some acoustic indie material but opted to display her art as a vendor instead, as her art is more developed than her music. She primarily creates black & white art with felt tip markers, specializing in tattoo design and largely portraying female faces, anatomic structures and flowers. She hopes that the festival’s reach will allow artists such as herself to increase their presence locally and online.

Pure exposure is less important for another artist, Riss Giammalva. They have often used their artwork for self-growth and reflection, which is why Giammalva’s graphic design work often features little reminders and affirmations. Their social media presence isn’t very large - but that aligns with Giammalva’s intentions as an artist and the "YpsiReal" nature of the EMUsic Festival. Their social media and artwork serve similar purposes: self-expression and capturing memories, moments and

Giammalva took part in last year’s festival as “an attendee with a camera,” and felt the urge to get involved once againemotions. this year at any capacity they could. They are making this year about doing things that terrify them - one of which is profiting off their art. They have decided to implement a “Pay What You Please” price tag for their art to account for life being expensive. Despite that expense, however, Giammalva argues that many people are incredibly generous.

Giammalva is displaying their art, which is primarily photography, graphic design and illustration work, at the festival and is looking to eventually display it in various local coffee shops. One of their photos from last year was featured in this MLive article and they look forward to participating as a vendor in the quirky, community-based music festival on Thursday.

EMUsic Fest is expected to have a healthy mix of performers, artists, vendors and activities and runs from 4 p.m. to 10:30 p.m. Thursday, Sept. 26. 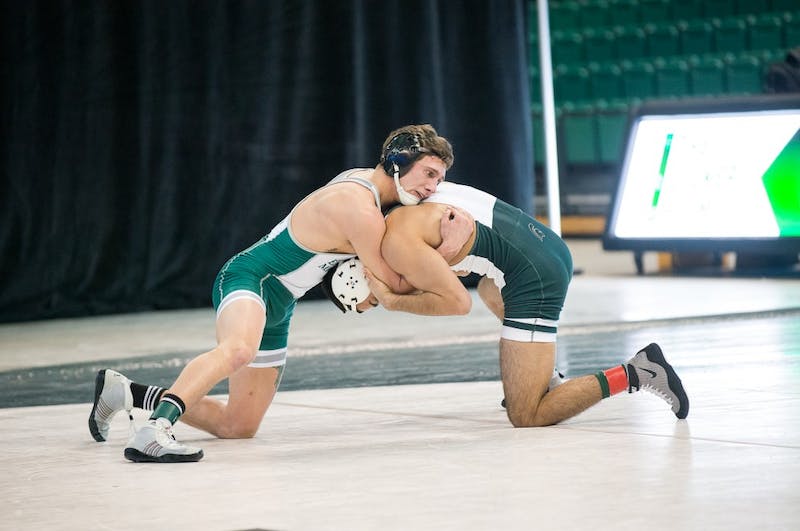 Sorrowfest comes to Ypsilanti for its third year