Alexis Mitcheltree backstrokes at the swimming meet at Jones Natatorium on Oct. 31.

The newest addition to the Eastern Michigan women’s swimming team is Coach Derek Perkins, coming over from the University of Kentucky. Perkins has 16 years of collegiate coaching behind him with eight of those years at Kentucky.

Derek Perkins is now the ninth coach to take over the women’s swimming team. The team went 4-0 in the conference and 8-0 overall last year. Since the 2004-05 season, the Eagles have a 104-38-1 mark and a 62-23 conference tally. They’re hoping to keep that momentum going into this season. One key swimmer that they lost after last season was senior Delaney Duncan. Duncan was a four-time MAC 100 breast champion, and she was the first four-time NCAA qualifier in EMU program history.

Perkins swam at the University of Kentucky from 1998-2002 and then graduated in 2003 with a bachelor of science in mechanical engineering. He coached the 200 medley relay and 50 freestyle at the 2011 Atlantic Coast Conference Championship. While Perkins was coaching at Clemson University, 20 school records were broken. At Emory, he served as the assistant swim coach, recruiting coordinator and aquatics coordinator.

While he was at Transylvania, Perkins organized seasonal swim workouts and planned and designed strength and conditioning programs. He also helped lead the team to its first-ever conference championship in 2004. Perkins brings a lot of coaching experience to the Eastern Michigan program. His wife, Cassie, was a standout diver for Transylvania.

Perkins and the women’s swimming team will begin their season in late October, which will stretch until March. The 2020 MAC Tournament will begin in February. The 2018-19 team had seven members named to the CSCAA Scholar All-Americans Team. The seven players were Delaney Duncan, Bethany Berger, Micaela Schempf, Casey Gavigan, Sophia Tsafantakis, Claire Young and Gabrielle Mace. 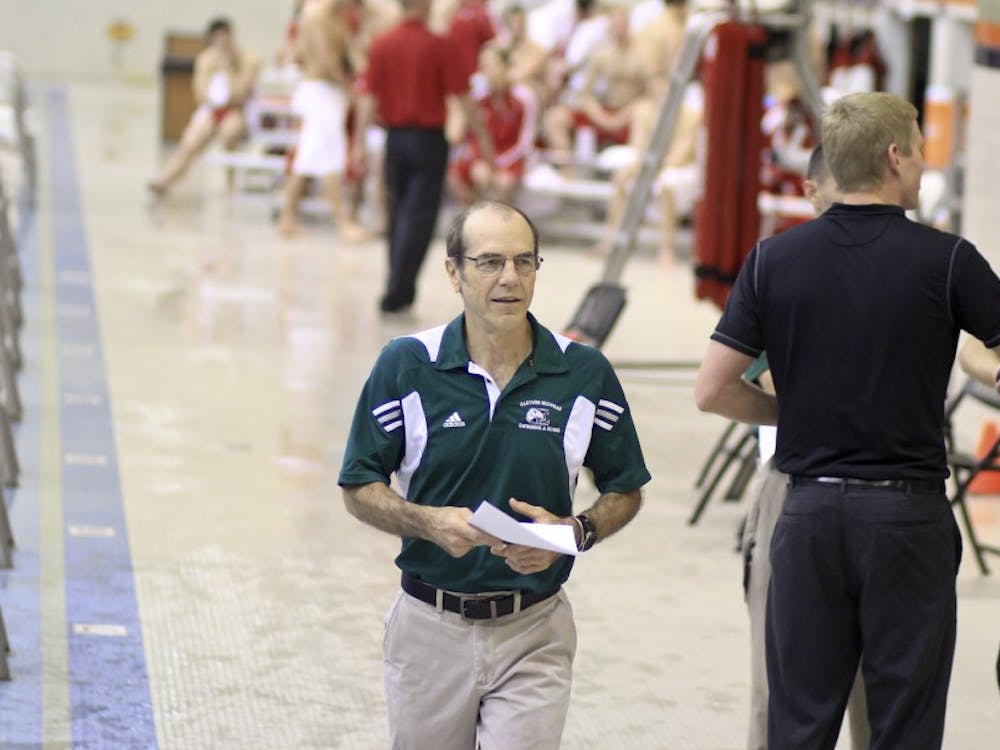