Dr. Mona Hanna-Attisha, whose research exposed the Flint water crisis, held a book signing at EMU for her book What the Eyes Don't See.

Dr. Mona Hanna-Attisha, pediatrician, professor and public health advocate whose research exposed the Flint water crisis, held a lecture, Q & A and book signing for her book What the Eyes Don't See on Thursday, Oct. 4 at EMU’s Student Center. The 2018 book was named one of the 100 most notable books of the year by The New York Times. Over 400 students attended the event.

What the Eyes Don't See is a first-hand account of the Flint water crisis and, in Hanna-Attisha’s words, “the problems we choose not to see.” Hanna-Attisha’s lecture spoke to the nature of the story and her reasons for telling it. The lecture recounted the beginnings of the Flint water crisis, personal encounters with the children of Flint as a pediatrician, her confrontation with the state of Michigan when presenting her research and failed democracy.

“I am thrilled to share my story with you, it is a story very much of a crisis but it is also a story of incredible resistance and hope,” said Hanna-Attisha, as she spoke to the crowd.

Throughout the lecture, Hanna-Attisha emphasizes that the Flint water crisis is not an isolated event and its national significance. She explains it is one example of many misfortunes in underserved areas throughout the U.S.

“The story of flint is not an isolated story,” she said. "The story is about a lot of the national crisis we are in today. It's about deteriorating infrastructure, it's about environmental injustices, Flint really brought that craze back to life and back to attention.It is a story that happens all over this nation, where people who are poor, people who are minorities, disproportionately suffer the burden of environmental contamination.”

By the end of her lecture, Hanna-Attisha summarized the nature of her notable book.

“So much of the story is about the crisis, a crime committed with absolute indifference against some of the most vulnerable people in our country,” she said. "But it’s also this amazing story of everyday people- moms, activists, students, scientists, doctors- all coming together and saying ‘This is not okay’.”

Hanna-Attisha continues to help the citizens of Flint today with the Flint Child Health and Development Fund and other various advocacy projects.

What the Eyes Don't See is available as an audiobook, ebook, in paperback and in hardcover. 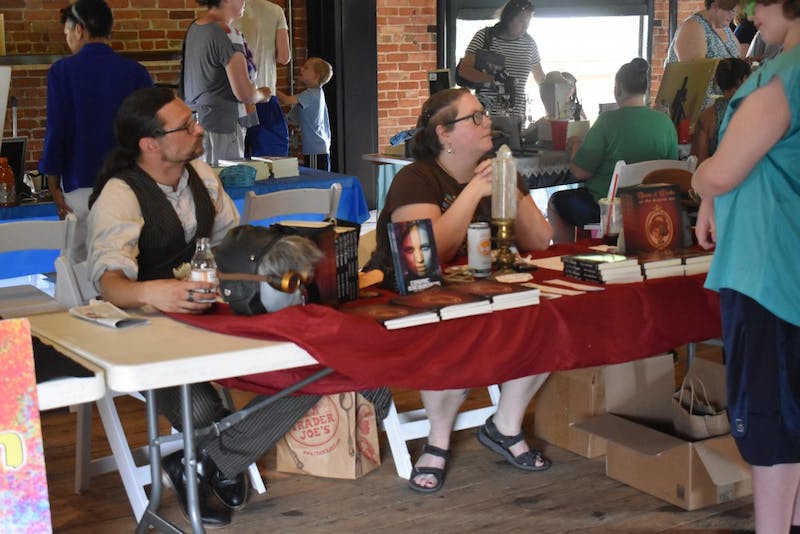