The senior proposed to his girlfriend following the Eagles victory on Sept. 21.

Desmond Kelly is a senior defensive tackle for the Eastern Michigan football team, who stands at 6’1” and 311 pounds. He has been a player to watch for the Eagles during his senior year.

On Sept. 21 2019, Kelly proposed to his girlfriend after an Eastern Michigan win over Central Connecticut 34-29. Kelly brought his girlfriend to the middle of the field, and with the team jumping and shouting around him, proposed to her. She said “yes.”

“Last week was an emotional roller coaster,” Kelly said. “When Matt [Sexton] blocked the punt, it gave me more motivation to do what I did. It sounds crazy, but it was perfect. It couldn’t have been scripted in a movie.

We’ve been talking about it since January, talking about it a lot. I just lost my younger brother; he just passed away in his sleep. With everything taking place this week, it was just an emotional roller coaster. I talked to God about it, and he answered.”

Kelly is originally from Baltimore and went to Overlea High School before heading to Dodge City Community College. With the Conquistadors, Kelly totaled 31 tackles, 11.5 tackles for loss and 4.5 sacks.

He decided to transfer to Eastern Michigan, one of many transfers to join the Eagles recently, and he played in 10 games during his sophomore season. His junior year statistics were highlighted by 14 total tackles, 11 assisted tackles and three solo tackles.

Kelly’s senior season statistics are not far behind, boasting seven total tackles and matching his solo tackle total with three. In the Eagles’ big upset over Illinois, Kelly had an assisted tackle and helped the team hold the Fighting Illini to zero points in the second and third quarters combined. A week later against Central Connecticut State, the day Kelly proposed to his girlfriend, he totaled two assisted tackles.

“We came out flat,” Kelly said on the narrow win against Central Connecticut State. “We didn’t play with that same fire. We have to come out fired up and play physical. Everything starts up front. You just have to hit them in their mouth and let everything else play out.

Kelly had two tackles against Central Michigan on Oct. 5.

The Eagles next game is Oct. 12 against Ball State at Rynearson Stadium. 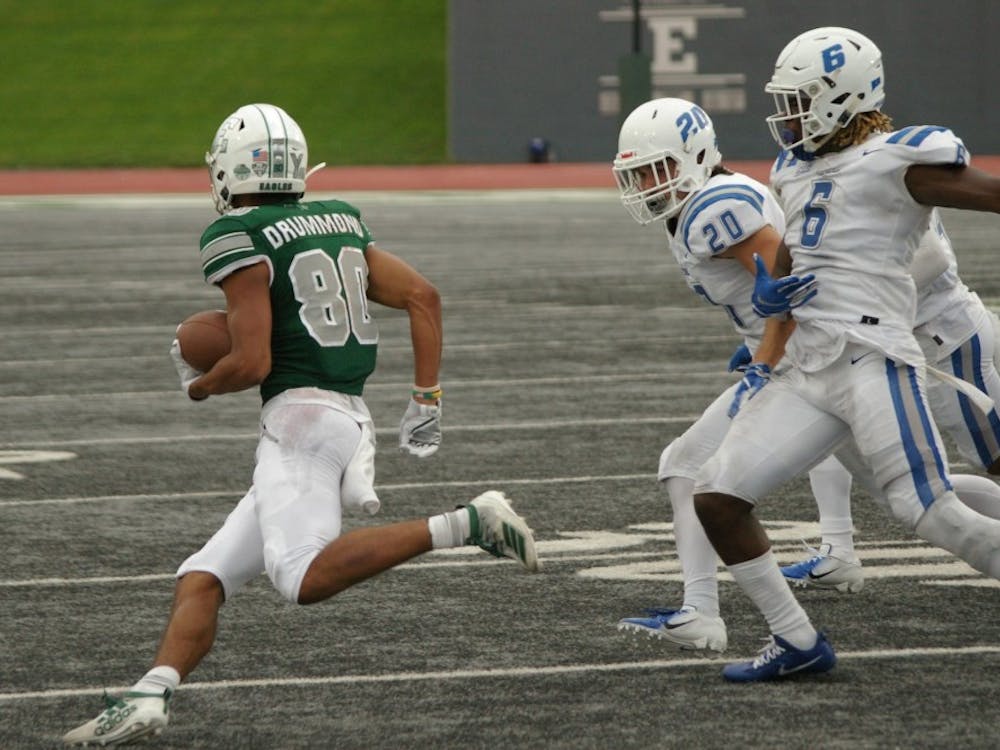 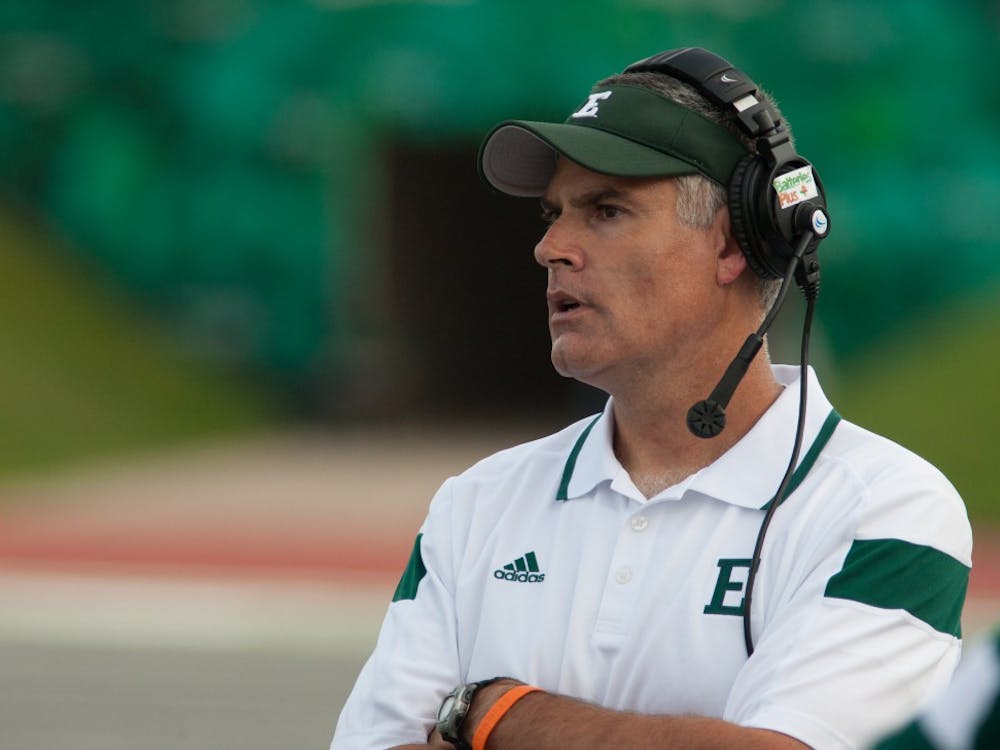