This week, I'm discussing a song written and sung by Paolo Nutini as well as a quote from Nina Simone.

I was sculpting a figurette when I first heard this. That time, I recognized it as jazzy, good to work too. The second time, I realized it was a soulful anthem. Now I’ve listened to it so many times that it's a part of me.

That part of me is titled “Iron Sky”- written and sung by Paolo Nutini, it features an excerpt of a speech by Charlie Chaplin. Nutini truly rails for a higher state of consciousness in this song.

"Disregard that which another tells you to cling to and cling to what you know. Forget religion, forget another’s impression of who and what God is. Who is your God? What is God to you?" Nutini cries these questions out and asks you to consider: Is God giving you power? Or is the power simply in your living, breathing body? Who are you?

Will you ever break through the “Iron Sky,” or like the majority, succumb to an iron wall? Cede to a mental state with ever closing walls. Who can give you the power to freely think? The power to realize yourself?” Nutini answers with a resounding “Only you."

Midway through the song, an excerpt from Charlie Chaplin’s stirring speech “The Great Dictator” is played. And Charlie, well Charlie goes absolutely bonkers. Here’s a quote from the excerpt, “Don't give yourselves to these unnatural men, machine men with machine minds and machine hearts! You are not machines, you are not cattle, you are men! You, the people, have the power to make this life free and beautiful.”

Mr.Chaplin strengthens the songs protest vibrations, breaks up Nutini’s voice and allows Nutini to firmly control the rest of the song. All in all, this is a song of freedom. Nutini has found freedom and broken through the iron sky. He seeks to show it is possible. That we can be free, but he emphasizes that it must come from with-in. Each and everyone of us, must break through our own iron skies.

Now, for Ms. Simone. At night, I feel like I’m in a different world. Everything quiets down, there’s more space to think and consider. I stumbled across this quote at night. I think that’s part of the reason why it resonated with me, why it provoked such a line of introspective thought.

Here’s the quote — “What amazed me was the order of things...the fact that we wear clothes, that an office has to look a certain way, the whole bit. It’s amazing how accustomed we have become to a certain order. And you become more aware of that order when you see something change it. Everybody turns around and stares.”

Since birth, we’ve become accustomed to an order endorsed by society. Our ability to be unique and distinctive is continually suppressed from childhood and its suppressed by other humans. Why?

We’re put through school, funneled into a career,  told when it’s normal to have sex for the first time, when it’s a good time to get married. Expected to live close to a city. Told what to eat and which pills to take. The clothes to wear. When to have kids. Aren’t you tired of being told what to do and how to do it?

There’s a difference between teaching and watered down fascism. Our society doesn’t teach; it tells us what to do. Tells us who to be. Why? So we can keep the machine running, our children following our lead. It’s a perfect cycle.

That is, until some, realize they don’t want to be told. They begin to change, doing things their way, straying from society’s morals. “Everybody turns around and stares.” And then, those who stare, become more aware of the fact that they’re just going through the motions. Keep your eyes open friends. 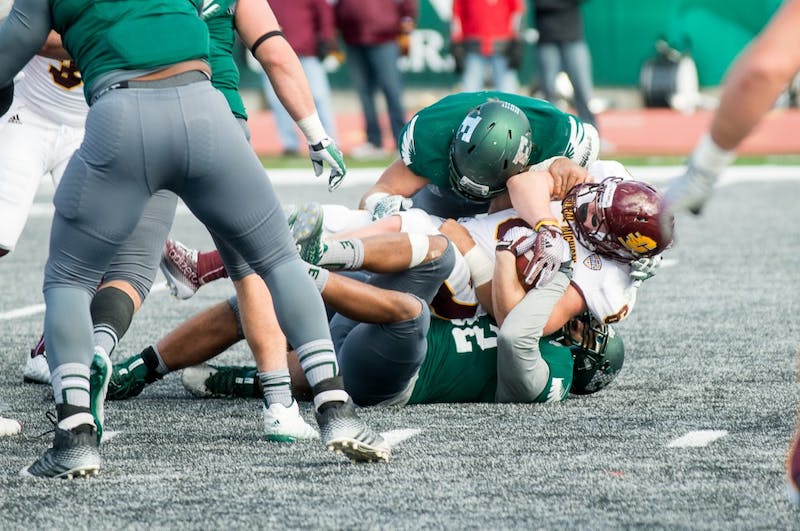