The senior has totaled 55 tackles through six games.

Eagles play defense on Sept. 7, 2019 at Kroger Field in Lexington.

Eastern Michigan football continues to support one another as its season comes to the halfway point. A big part of the Eagles’ team has been the defense and Kobie Beltram stepping up during his senior season.
Beltram has had a diligent season so far to say the least. Beltram had 55 total tackles on the season, including 26 solo tackles and 29 assisted tackles. He also had two forced fumbles, four deflected passes, one fumble recovery and one tackle for loss. All of those are improvements from Beltram’s junior season, as he finished the year with 16 assisted tackles, five solo tackles, one pass deflection and 0.5 tackles for loss.
Beltram is originally from California, where he attended Antioch High School playing under coaches John Lucido and Brett Dudley. He ended his high school career as the all-time tackle leader in school history with 343 tackles, with 208 of those tackles being accomplished during his sophomore and junior years.
At City College of San Francisco, Beltram was the 2017-18 captain for the football team, and he showed his talent off and on the field. He maintained a 3.8 GPA and made the dean’s list. Beltram first took an interest in Eastern Michigan at his first visit on Dec. 8, 2017 and committed to Eastern Michigan 12 days later. Three years later, he’s one of the must-watch players on the Eagles defense.
Following the Eagles loss to Ball State in their homecoming game, Beltram said: “We’re going to bounce back. We’ll be good. We knew it was going to be tough fought. It’s going to be difficult. We gotta show up and play. This one stings. Next week we’ll bounce back and get better.”
He is determined to get back on the field and show Eastern Michigan followers that the Eagles can perform as well as they did during their games earlier in the season against Coastal Carolina, Illinois and Central Connecticut State.
Beltram understands that his team can’t win every game, but what matters is that the Eagles continue to work hard and compete. He later mentioned in the same press conference that he’s confident they can get back to their winning ways versus Western Michigan.
Beltram, who believes he is a hard-working and self-motivated individual, believes he is playing at the best of his ability and he just wants to continue to learn as much as possible.
“I just came out and showed the true player I am,” he said. “Just try to go relentless and be the best player I can be.”
Beltram has had three games this season where he totaled 10+ tackles and has had at least seven tackles in all but one game. His season-high for tackles in one game is 12, which he has done twice. The first was against Central Connecticut State, as he totaled 12 tackles, one forced fumble, one fumble recovery and one pass deflection. He also had 12 tackles against Ball State, four of which were solo tackles.
The Eagles next game is versus Western Michigan on Oct. 19. 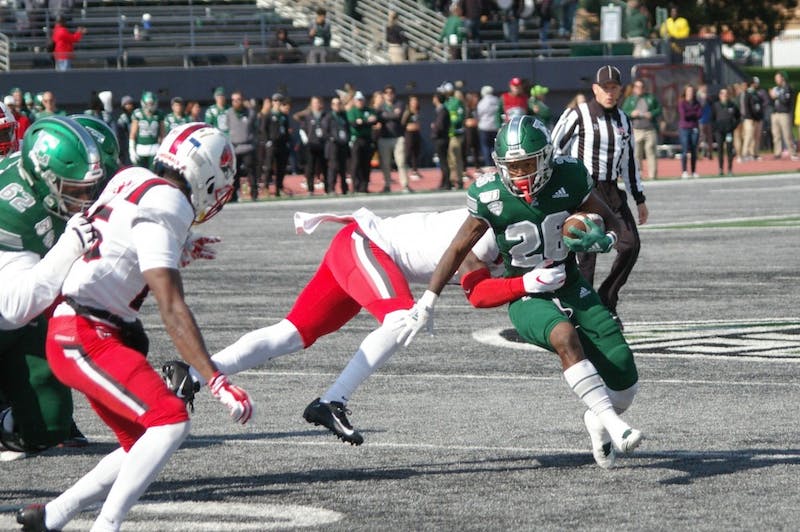 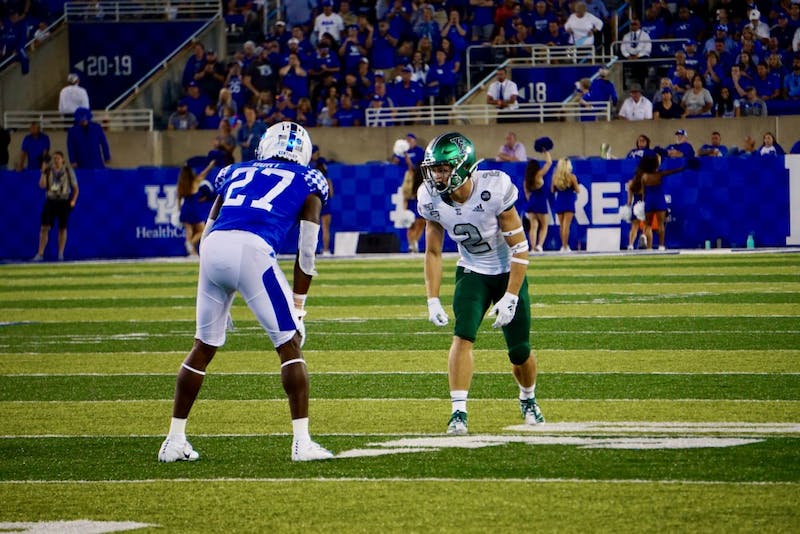