After dropping their second straight game, the Eagles shift their attention to the Broncos.

Although Eastern Michigan head coach Chris Creighton and the Eagles have dropped the first two games of the Mid-American Conference schedule, the team still sits at 3-3 on the season and are very much alive in the race for the top spot in the MAC West ahead of its matchup against rival Western Michigan.

“It’s a huge week for us,” Creighton said on the weekly Monday morning press conference. “No time for us to be down in the dobber. We’ve got to be prepared, and we already are, to play a great football game Saturday night versus a very good football team.

When asked about the Broncos’ offensive unit that his defense will be tasked with defending, Creighton spoke very highly.

They’ve lost a lot of wide receivers but have replaced them. They’re explosive. [Levante] Bellamy can take a broken play and turn it into a 50-yard gain. He is electric. They’re a team that is capable of being very dangerous in both the run and the pass. We have to be able to defend the whole field and be on our a-game.”

Since Shaq Vann has been out with injury for the Eagles, Willie Parker and Breck Turner have been getting a bulk of the carries from the running back position. Turner shared his thoughts on what he thinks needs to be done to end the two-game skid for EMU and to get the win on Saturday against Western Michigan.

“Just keeping a positive attitude and a positive mindset,” he said. “Going out each week with a lot of energy and being focused each week. Our scout team does a great job getting us ready. We thought that we prepared really well for Ball State, and it will take that each week in preparation and for the confidence to come out and know that we can get the job done.”

Turner’s confidence remains high, despite the two-game losing streak that the Eagles are on.

“Just don’t write us off,” Turner said. “I think we are a better team when we get back to Eastern Michigan football. We’re 3-3, and now people are thinking our backs are against the wall, which they are. I think that we play our best football when our backs are against the wall, and we can just show people that they are better than what they think.”

Creating balance in the offense will help the Eagles get back to their brand of football, with over 74% of the production coming through the air to date.

“As a receiving group, we take that as a challenge,” Line Latu said on the numbers being put up by the passing game. “We expect to make those plays and make more plays as well.”

The Eagles are nine-point underdogs against the Broncos, but those numbers don’t mean anything to the team.

“We don’t pay attention to the numbers,” Latu said. “We focus on doing our summits correctly and making our plays.”

Eastern Michigan hosts the Broncos at 7 p.m. on Saturday, Oct. 19 at Rynearson Stadium for the Eagles’ first night game at home of the season.

“It is a lot of excitement really,” Latu said. “Personally, I love night games. Playing under the lights is great. It is going to be so much fun.” 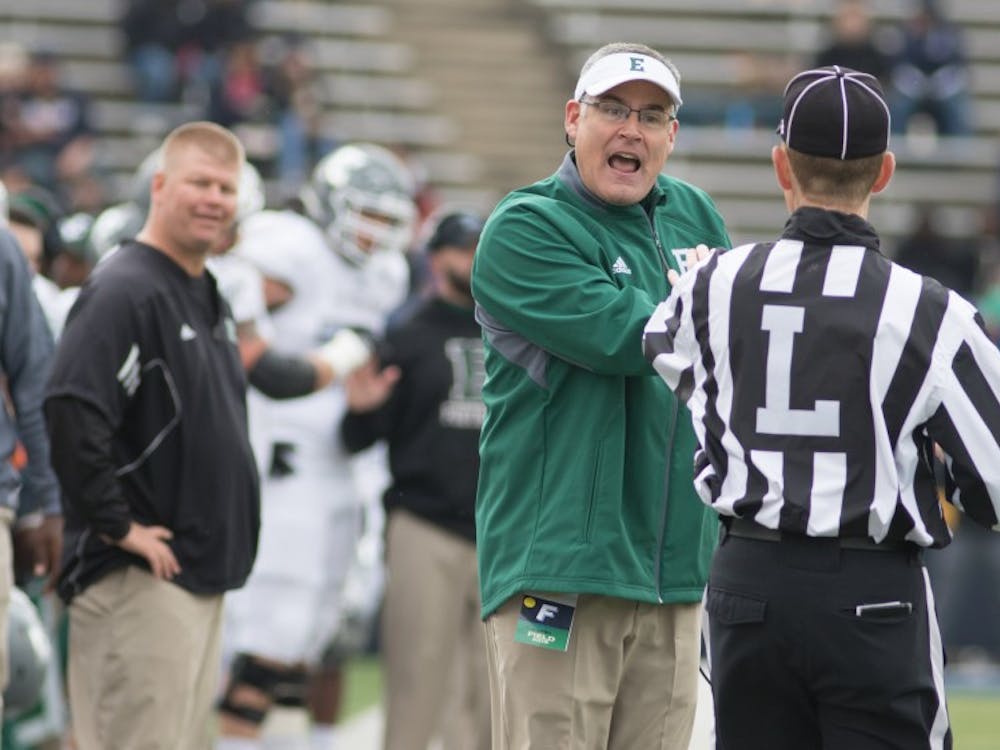