The Eagles look to earn their second conference win of the season.

EMU running back Shaq Vann breaks off a run at Rynearson Stadium on Oct. 19.

Head coach Chris Creighton and the Eastern Michigan Eagles hit the road on Saturday, Oct. 26 to play the Rockets from the University of Toledo after playing two consecutive home games. Toledo is coming off two straight losses, including a 52-14 loss at the hands of Ball State University.

This battle between 4-3 teams is crucial to the trajectory of each program with both being members of the MAC West.

“We’re going to get them at the best they’ve been all year,” Creighton said about the matchup. “It’s plain and simple. They’re very good and a very proud program and team. They were 3-1 going into MAC play and played really well against Western.

"They sustained some injuries and probably haven’t played the way that they know they are capable of playing over the last couple weeks, but we are going to play a great football team that is probably more motivated than they have been in a very long time.”

Creighton must prepare Preston Hutchinson as the starter for the second consecutive game with senior quarterback Mike Glass III sidelined with a day-to-day injury. The offense does not change much depending on which quarterback is in the game.

“Our offense doesn’t change much at all,” Creighton said. “They both have a really strong football IQ. They do a good job of taking what the defense gives them. Neither of them are Jairus [Grissom] in terms of the electric, dynamic run game, but both are very capable of keeping you honest and gaining some tough yards.”

Shaq Vann will play his second game after rushing 97 yards against the Western Michigan Broncos last week. The University of Toledo’s run defense allows 204 yards per game and Vann knows he will get a chance to contribute.

Eastern Michigan has been very balanced with its play calling to date, but not necessarily balanced in terms of the production between rushing and passing yards. Vann spoke on what worked so well for the Eagles ground game against Western Michigan and noted that the same things will be crucial for EMU to be successful this week against the Rockets and beyond.

“We had a great plan, starting from the coaches,” he said. “The offensive line played out of their mind. They were moving guys all day and we needed that. We’re going to need that for the rest of the year.”

The game will kick off on Saturday, Oct. 26 at 3:30 p.m. from the Glass Bowl Stadium in Toledo, Ohio. The game can be found live on ESPN+. 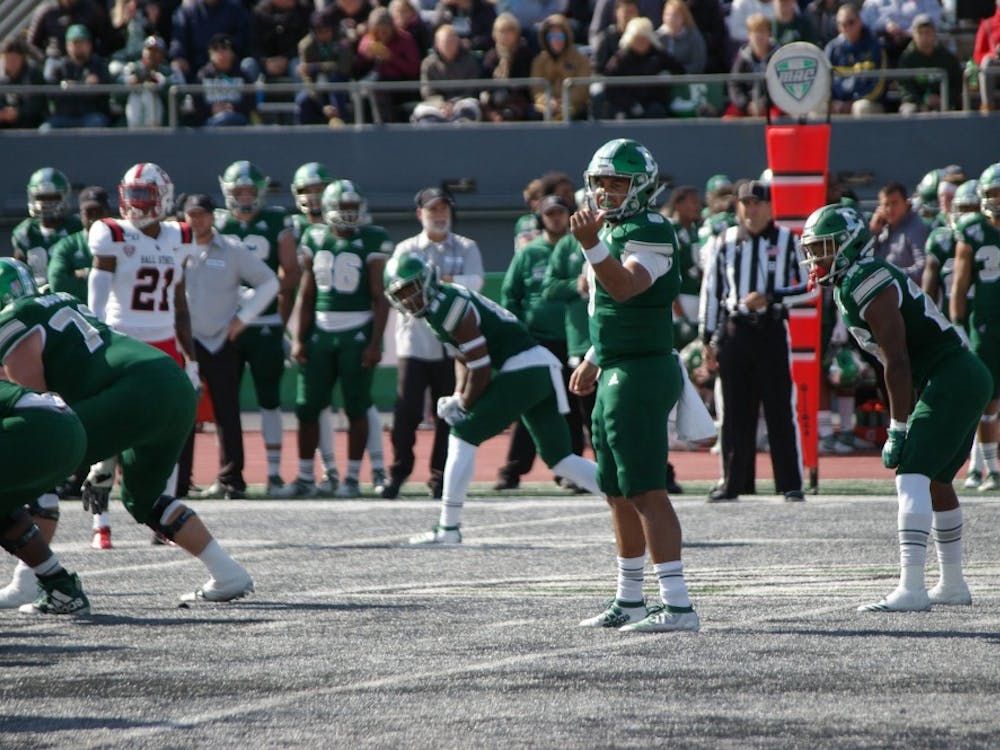