The 3-star running back is in his senior year at Chandler High School in Arizona.

Reginald Bell Jr. completes a pass to versus Morgan State on Aug. 31 at Rynearson Stadium.

Daveon Hunter, who is a 3-star running back according to 247 Sports, was offered a scholarship from the Eastern Michigan football program on Monday, Nov. 11. The senior running back is 5’10” and 200 pounds. He attends Chandler High School in Arizona and is slated to graduate at the end of the current school year.

“It's been a crazy road. I was in Colorado for high school until my senior year and I came to Arizona. I got my first offer two weeks before I came to Arizona,” Hunter said. “I’ve been a varsity starter since freshman year. I’m proud to be in the situation I’m in now, to have offers to go play D1 football and get a free education.”

“I look for the schools who keep it real on where we stand, a place that can make me feel at home. I’ve enjoyed the whole process of being able to go to different colleges and go to all these games it’s been amazing,” Hunter said. “My goals for the rest of the season is to hit 40 touchdowns, win a state title with my team and find the right school for me!”

Hunter is currently sitting at 31 touchdowns on the season and potentially has three games remaining on the schedule. The Chandler Wolves have a 10-0 record and are ranked as the top team in the state of Arizona, as well as the 17th ranked team in the nation. Chandler is 3-0 at home and face Chaparral on Friday, Nov. 15 at 7 p.m.

The Eagles currently have four running backs on the roster but two of them will graduate after the end of the year. Shaq Vann, the starting running back, has a team-high 493 rushing yards and six touchdowns on 104 carries. Breck Turner, Willie Parker and Karmi Mackey are the other three running backs. Parker is a junior while Mackey is a freshman.

The Eagles play their next game against Northern Illinois on Tuesday, Nov. 19.

Hunter also discussed Eastern Michigan’s head coach Chris Creighton, the Eagles coaching staff and when he is planning on announcing what school he will attend next year: “He has a winning mindset and he’s a good coach, and I like that I have a lot of things in common with the coaching staff. I don’t have a specific date but it’s for sure after the season is over.” 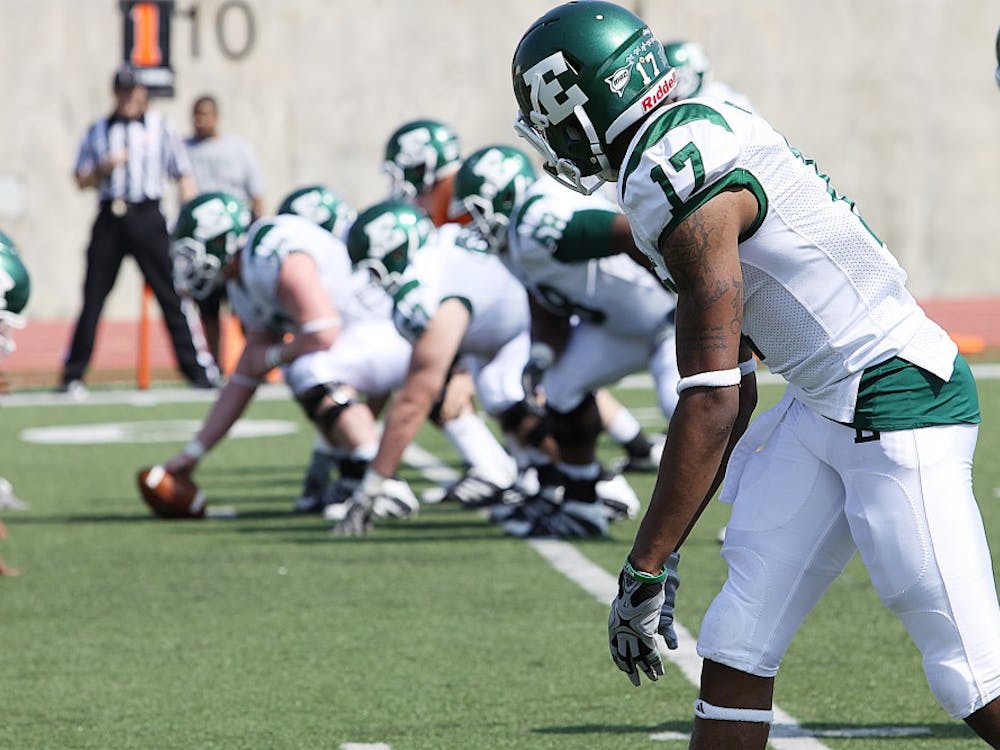