The Eagles opened their season with a win against Siena Heights.

Eastern Michigan started the 2019-20 campaign with a 93-51 win over Siena Heights on Friday, Nov. 8 at the Convocation Center. The Eagles brought three fresh faces into the starting lineup with Yeikson Montero, Noah Morgan and Darion Spottsville, while Ty Groce and Boubacar Toure were the only starters from last year in the lineup.

Eastern Michigan started the game with a new full court press on Siena Heights’ offense. Two minutes into the game, the score was 6-4 in favor of Siena Heights, then EMU broke off a run of 23-5 over the next seven minutes. Eastern Michigan’s press defense caused numerous problems for Siena Heights.

The Saints weren’t able to set up their offense until 10-15 seconds had passes, forcing their offense to take uncomfortable shots and not run their entire sets. The Eagles never looked back the entire game, and besides a short lull in the second half, Eastern Michigan consistently maintained a firm lead through the game, ending with a 93-51 victory for the Eagles.

Head coach Rob Murphy commented on the new players: “Anytime you have 10 new guys coming with not a lot of experience you never know what to expect. But for these guys to come out and play like this, it was great to see.”

Eastern Michigan played a modified style of defense that protected the 3-point line at the top of the key and shooting from the top of the arc. Murphy touched on the defense: “We want to play aggressive defense this year. 94 feet, we want to put pressure on teams and hopefully we can lure them into making mistakes. I believe that you can turn your great defense into good offense and I think we were able to do that today. Deflections lead to steals, steals lead to early transition points.”

With Eastern Michigan’s size advantage down low with senior Toure and junior Jalen King, the Eagles were able to take away Siena Heights’ ability to shoot and drive the lane. On the flip side, Eastern Michigan fed the ball inside to Toure at will. When matched up against Siena Heights’ two forwards, Kevin Rice and Keith Jordan, Toure was able to win matchups and score consistently.

"To have a two-headed monster at center with Boubacar and Jalen is great,“ Murphy said. "Anytime you can bring all of those pieces together and have them collectively on the same page on both ends of the floor tells me and shows me that we are playing really good basketball.”

Eastern Michigan shot 57% from the field, 50% from three and 83% from the free throw line. Murphy was happy with his teams performance: “I thought our guys played extremely well and I was pleased. Obviously there are some things that we want to improve on but after game one, these guys have passed the first test.” 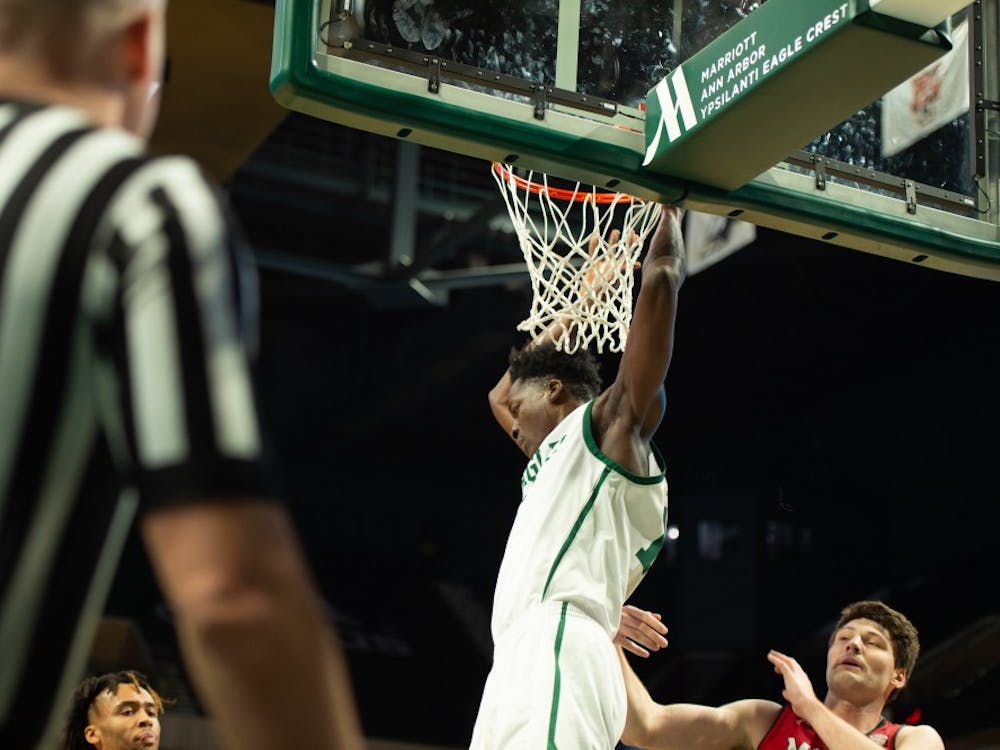