Rather than being bombarded by rigid instructions of where to go and who to talk to, students chose who they spoke with based on their individualized needs.

The open house began at 10 a.m. and went until 12 p.m., but pre-registrations began at 9:45 a.m. A representative from almost every department of graduate studies attended the event.

A representative from music and dance did not attend the event because its admissions process is different from the other programs. Graduate students must successfully pass in-person auditions before they are admitted.

Eastern Michigan offers about 185 graduate programs in total, which includes a number of certificates, masters and doctoral programs.

Eastern alumna Kristen Johnson graduated in 2016 and now works as an 11th and 12th grade English teacher in Lincoln Park, but she is interested in coming back to Eastern for a master’s program.

Johnson, reflecting on her experience at EMU, said: “I like that the professors were really genuine and really were here to help for your success . . . It didn’t feel like I was coming to class, and I was just somebody that they needed to get in and out the door. It felt like they truly cared about me and my education.”

“It’s an event to engage awareness and to branch out to the different markets,” Marks said. “We have a 50-mile radius. We have alumni that come back to programs. If you’re looking at three different programs, you can look at three different departments in one day.”

The graduate school application fee was waived for everyone who attended the event. There was also an additional incentive for prospective students to attend the event; Marks said two attendees would each be awarded a $1,000 scholarship.

“If you look at all the graduate assistants we have, 50% of those people are EMU alumni,” Wade Tornquist, the interim associate provost and associate vice president for Graduate Studies and Research, said. “We have 18,000 undergrads and 3,000 grads. That’s a group that we can really get the applications done quickly with because the transcripts are already here, and we have scholarships that we offer to Eastern alums specifically.”

From his experience of working at Eastern Michigan University, Tornquist identifies an ease of transition with students going from undergraduate to graduate work.

Tornquist said, “I will tell you what we hear. One is ‘I know the campus, and I know the people on campus. They’re really nice, and it works well for me.’ The other is ‘I know the faculty members in the department because I just got my bachelor’s degree. I like them. I like it there. I want to come back for more.’ So, [attending Eastern] is just the most convenient option. It’s the known commodity.”

Allyssa McGuire is a current graduate student in the Clinical Mental Health Counseling program. She attended the Graduate Open House during her final undergraduate semester.

“It’s a really good way to explore the programs that we offer,” McGuire said about the open house. “It’s kind of good to explore what your options are after you get your bachelor’s degree. And they also had different departments talking about GA positions that were available within their department for the upcoming year, so that was helpful as well if people didn’t have a GA position figured out.

"My long-term goal is to be a therapist. That’s been my goal since I was 12 or 13. I’ve had all of this planned out ahead of time. It really just came down to which school to do everything at,” McGuire said. After her positive undergraduate experience, she quickly decided that Eastern was the right place to continue her education. 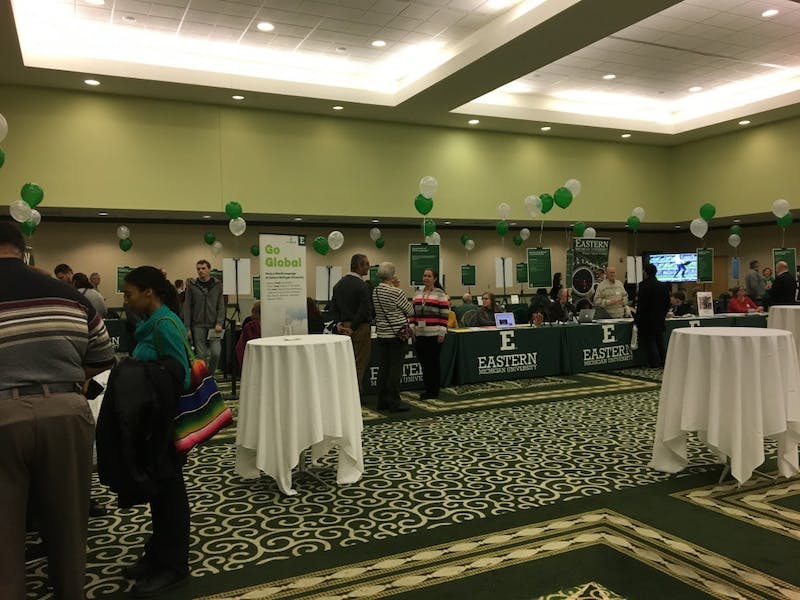