Participants remembered 24 trans lives lost within the past year.

The somber room was very touching as people-sized paper cut-outs lined the walls. Each cut-out had an obituary next to it, representing a trans member of the national community lost in the past year.

At 7 p.m., the doors opened for community members to read the obituaries and to settle in. At approximately 7:30 p.m., event coordinator Lee Baker read a short speech explaining a brief history of TDOR and describing the importance of the event.

Co-coordinator of the event Lee Rasmussen read an original poem shortly after, and then a dialogue that focused on trans voices began.

People stood up at about 7:50 p.m. to hold a candle and to read names. Candles were then lit, and the people upholding candles each read a name and then blew out the candle before moving on to the next.

The vigil was over by 8 p.m., but people were welcome to stay in the space and continue to read the obituaries and discuss the day with other attendees.

“It’s an important event to have because trans folks are so frequently overlooked in the media when these awful things happen to them, and the trans community as a whole are frequently dehumanized in our current political climate,” Lee Baker said.

The event coincided with recent news that South Carolina legislators drafted a bill that would ban a variety of medical treatments for trans children as well as news of the governor of Texas interfering with a mother trying to allow her child to socially transition.

This year marked the 20th anniversary of TDOR.

Rita Hester, a black trans woman, was murdered in Allston, Massachusetts on Nov. 28, 1998. A few days later, a mass candlelight vigil was held. However, local newspapers like the Boston Heralds and Bay Windows were not respectful in covering Rita’s life and identity.

Gwendolyn Ann Smith founded TDOR a year later to memorialize the murder of Rita Hester. Because the murder of trans people, particularly trans women of color, is so much of a problem, each year memorializes all of the people lost in the last year as well as remembering those from the years before. Twenty-four names were read for 2019.

The LGBTRC, located in Room 354 at the Student Center, offers many resources for students across the LGBTQ spectrum. People at EMU recognize the LGBTRC as an inclusive, safe space for students.

“It’s something that LGBTQ folks sometimes can’t find in other places, and so I think it’s great that we’re able to provide that space, but also that the students are doing this for themselves,” Amy Finkenbine, coordinator of the LGBT Resource Center, said. “It’s our student staff creating that space, and they really do put a lot of work into making the RC that welcoming, inclusive place for any student or community member at EMU.”

For trans students specifically, there is a trans, non-binary and questioning support group that meets every Friday at 11 a.m. in the Student Center Kiva room. The program includes information about medical transitions, name change information and a binder exchange program. 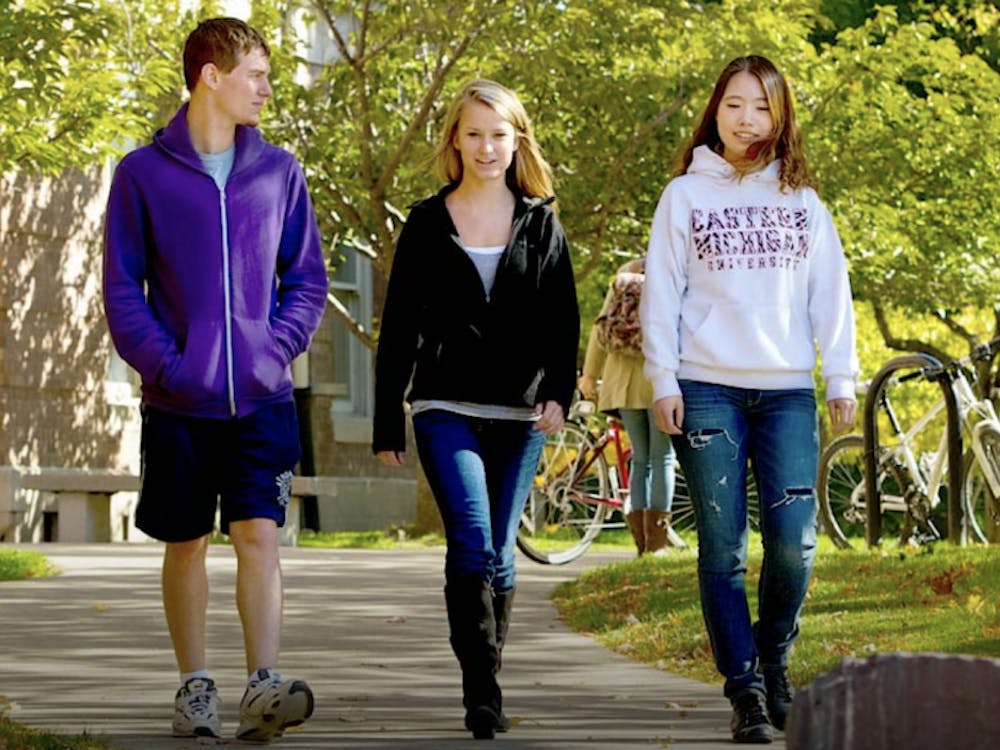