Groce got the scoring started as he knocked down two free throws with 18:21 left in the first half to put the Eagles up 2-0. EMU would fall down 3-2 before going on a 10-0 run, which was capped off by Groce’s step back three-pointer from the top of the key. Thomas Binelli also added a three-pointer in that span, as Chris Barnes picked up an assist.

Jordan Dartis hit a three-pointer of his own to cut into Eastern Michigan’s lead as the Eagles were up 26-17 with 1:55 left in the first half. EMU held a 28-21 halftime lead as Groce had a game-high 14 points and three rebounds at the break. He played 18 minutes in the first half and shot 71.4% from the field and 66.7% from three-point range.

Ben Vander Plas was leading the Bobcats in scoring at halftime with eight points and six rebounds. However, he was shooting just 33.3% from the field. Ohio as a team struggled to shoot for the entire first half, hitting just 17.9% of their shots. With that said, the Eagles struggled as well, connecting on 31.3% from the field.

Despite the shooting woes from both teams, the Eagles were able to build a seven-point halftime lead through points in the paint, as they scored 14 points around the rim in the first half, compared to Ohio’s four points. The Eagles also held a slight advantage in assists as they racked up four assists, while Ohio only accounted for two assists.

In the beginning of the second half, it looked as though the Eagles would increase their lead and run away with it. Boubacar Toure scored a putback dunk to put EMU up 34-23 with 17:07  left in the game. However, the Bobcats would go on a 14-3 run to tie the game at 37 apiece.

Neither team could score for more than two minutes as the game remained tied until Jason Preston hit a fall away jumper as the shot clock expired, putting Ohio up by two points. Although Groce responded with a three-pointer, the Eagles weren’t able to grab momentum. Ohio then went on a 7-0 run to take a 46-40 lead.

Morgan would try to lead the Eagles back, scoring two layups, two free throws, and an and-one in the final minutes but it wasn’t enough in the end. Morgan had a 30-foot shot at the buzzer that would have won the game but it bounced off the rim and Eastern Michigan lost their fifth straight game.

Morgan finished with a game-high 23 points and five rebounds. The Eagles were outrebounded 50-38 in the loss and EMU was only able to account for six assists. Ohio had 13 assists in the victory. The Bobcats were led by Vander Plas, who finished with 22 points, 11 rebounds and three assists. He made 57.1% of his shots from the field.

“Overall, I thought we did a really great job defensively. I didn’t think throughout the game we did a very good job of building leads,” said EMU head coach Rob Murphy. “They came out and had a really good second half. With all of that being said, we had a really good chance to win the game. We have to continue to work extremely hard.”

EMU will return to the court on Tuesday, Jan. 21 at Bowling Green. 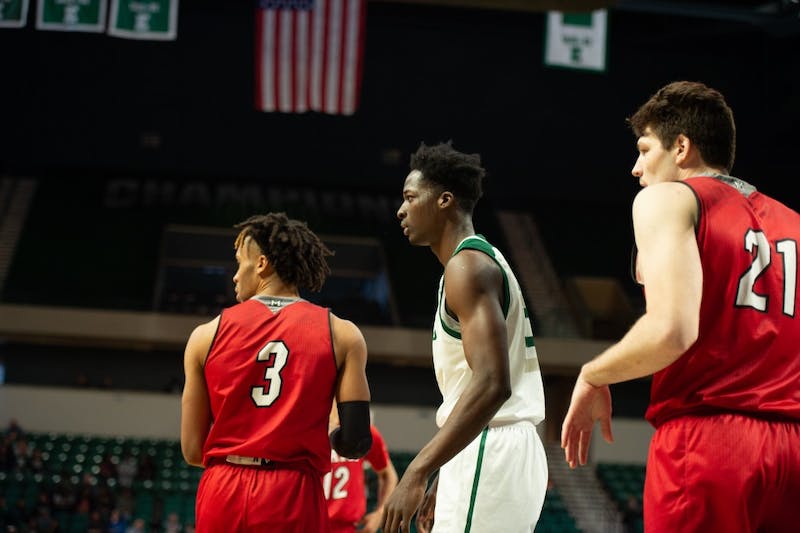 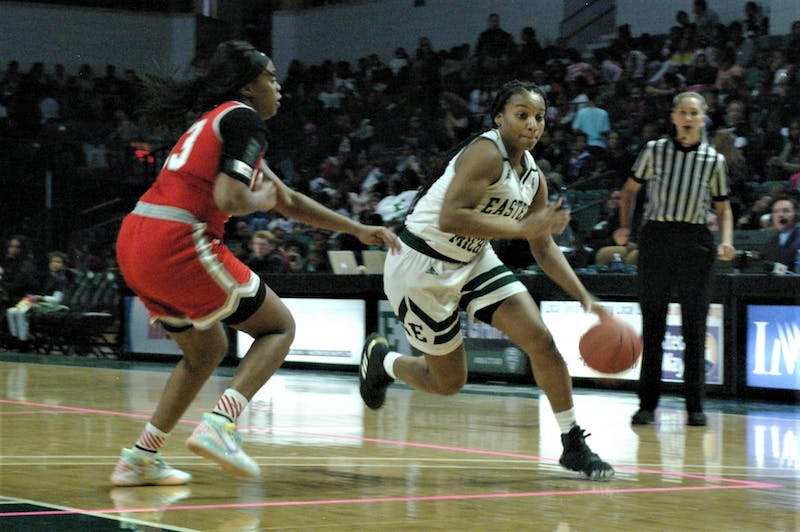 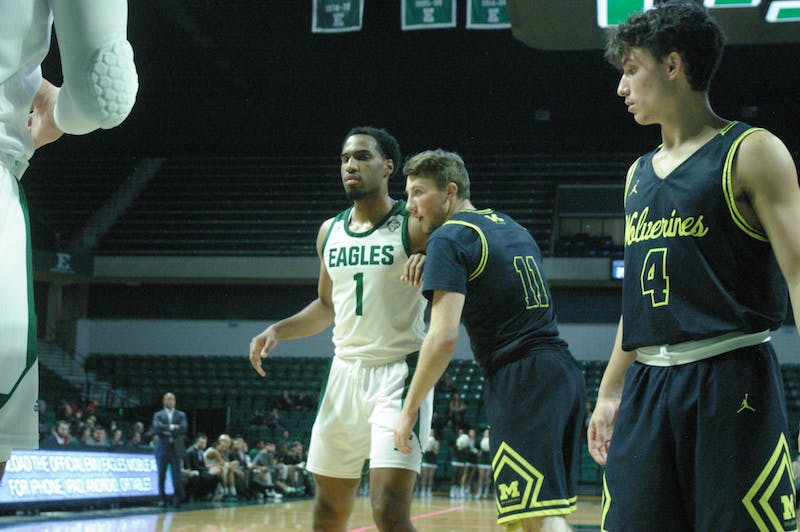