Desperate campaigns want to blame the DNC and the DNC wants to blame the pollsters. What if it's just unfortunate circumstances and not some conspiracy?

The Democratic National Committee has been taking heat from presidential candidates who didn’t qualify for the January Democratic primary debate over their supposedly steep requirements in polling and fundraising.

Much of the criticism revolves around a polling drought since November driven by factors such as preoccupation with polling over impeachment and the slim likelihood the public is willing to be polled over the holidays.

For those that don’t reach the polling standards, it snowballs into poorer exposure and therefore poorer performance, and this has resulted in candidates of color being shoved aside. The candidates who didn’t qualify for the debate had words and suggestions for the DNC to amend these unfortunate circumstances:

Cory Booker led a campaign - cosigned by eight other major candidates - to return to an either/or qualifying pathway to the debates. (Candidates would have to meet the polling threshold or the fundraising threshold - not both.)

The DNC refused to budge, expressing their own concerns that each of these suggestions present their own challenges. They defend their unwillingness to change their position by reiterating that they have both expanded the list of poll sponsors to account for online polls and expanded the qualifying period for the January debate on Thursday, Jan. 14, to account for the holidays. Additionally, their thresholds are only modest steps up from those for the December debate.

The DNC set the following requirements: Candidates need to hit 5 percent in four DNC-approved polls (or 7 percent in two approved polls specifically in early states) between Nov. 14 and Jan. 10, combined with 225,000 unique donors — before 11:59 p.m. on Friday, Jan. 10.

The DNC instead posited that The New York Times and related publications ought to conduct more independent polling. Truthfully, the party can neither force those pollsters to conduct more polls nor sponsor their own in order to avoid accusations of bias. Essentially, both the party and the pollsters are at the mercy of circumstance.

Booker’s proposal would become problematic as it not only would allow the candidates who did not qualify under the current polling thresholds - but met the donor thresholds - to make the debate stage, but would also allow candidates like Michael Bloomberg - who unarguably bought his way into the election - on the stage as well via meeting the polling threshold (Bloomberg hasn’t qualified for the debate stage because he isn’t accepting donations - the billionaire is running a fully self-financed campaign.)

While Yang agreed with the DNC’s need to address the oversized field by staggering debate qualification requirements and was careful not to impugn the DNC’s intentions, he noted the disparate impact the requirements have on racial diversity and the lack of safeguards to protect from the polling drought. He also warned that voters would cry foul, citing perceived bias and injustice despite the Committee’s best intentions.

I'm not #YangGang but I absolutely understand their frustration. The establishment is trying to sideline Yang. https://t.co/YgqTY9Z2wy

Those who cry foul often make the case that the party is manipulating the field with arbitrary polling and fundraising standards in order to allow "party favorite" Klobuchar onto the debate stage. But Klobuchar qualified shortly after a strong performance in the December debate, just meeting the 5% threshold.

Businessman Tom Steyer did, in fact, qualify last minute due to a surge in early-state polling, complicating the notion that a "party favorite" is qualifying and leaving out candidates without establishment support (Steyer is hardly an impressive, well-received candidate but he invested heavily in advertisements in early states.)

DNC Chair Tom Perez has been outspoken about this as he emphasizes that candidates have to show that their support is growing and not remaining stagnant; if a candidate does not manage to swing 5% generally or 7% in early states, they do not have a convincing argument for being at a debate podium at this stage of the game.

Cory Booker, amidst poor performance in the polls and being stuck in a rabbit hole from not qualifying for the last debate in December, has since dropped out of the race.

The DNC was also taking into account the possibility that three of the qualifying presidential candidates - Klobuchar, Sanders and Warren - could have been tied up in Washington for the impeachment trial if it conflicted with Tuesday’s debate, forcing a change of schedule. Luckily Pelosi’s delay in sending the articles to the Senate prevented that from happening. The DNC declined to comment on whether they would change the requirements had such a conflict occurred.

Most of the DNC’s rules this cycle were in reaction to the results of the GOP primary in 2016, where the Republican party also had to deal with a large field. Trying to apply the lessons learned in that cycle by including another criterion (fundraising numbers) in addition to polling and having low requirements in the outset to qualify for a podium on the primetime debate stage, these decisions are now coming back to bite them.

Some experts, like those at The Marist Institute for Public Opinion (MIPO), argue that polls are a shaky metric to use to begin with. Lee Miringoff argues that there are many reasons why polls are unreliable, noting changes in the polling industry, the difference between state and national polls and staggered, unreliable timelines in polling. These reasons and others are discussed in a recent episode of Poll Hub by Marist, featuring Nate Cohn from the New York Times’ “The Upshot.”

Generally, in the DNC’s attempts to make their primary field “inclusive” and “diverse,” they have foregone having a stronger role in deciding their nominee, especially since they’ve shied away from the superdelegate system in response to the events of 2016 and the subsequent pressure from Sanders supporters. In their hesitation to do anything that would make the system seem “rigged,” they have allowed other factors, albeit conspiratorial, to suggest the DNC hasn’t “changed its ways."

In any case, a compelling argument can be made for returning to a party-decides model of choosing a nominee - although that has undemocratic implications. Technically the party has the right to decide how it wants to nominate their candidates as long as civil rights aren’t violated (the right to vote doesn’t cover voting in a primary - the parties simply chose that way of conducting things.) Since the party is the unifying indicator on any ballot, the party ought to have more of a choice in who their standard-bearer is to head the ticket. Further, any attempts they make to winnow the field are their own choice, within their own jurisdiction.

In short, if the DNC hadn’t put so much stake in having an “inclusive” primary, sparking fanfare about having "the most diverse field in history" and vied for a more peer-reviewed process to choose a nominee (or several) for the masses to vote for, it could have narrowed the field without facing such heavy accusations of bias. Other nations are completely centered on parties over candidates and the parties have a greater say in choosing their nominees.

There is not much the DNC can do now to overturn the effects their somewhat flawed requirements have had on nonwhite candidates; they need to be consistent in raising the threshold as the primary process goes on to show growing support in a crowded field. Focusing on an either/or qualifier or conducting party-sponsored polling is simply out of the question. Hindsight is truly 2020. 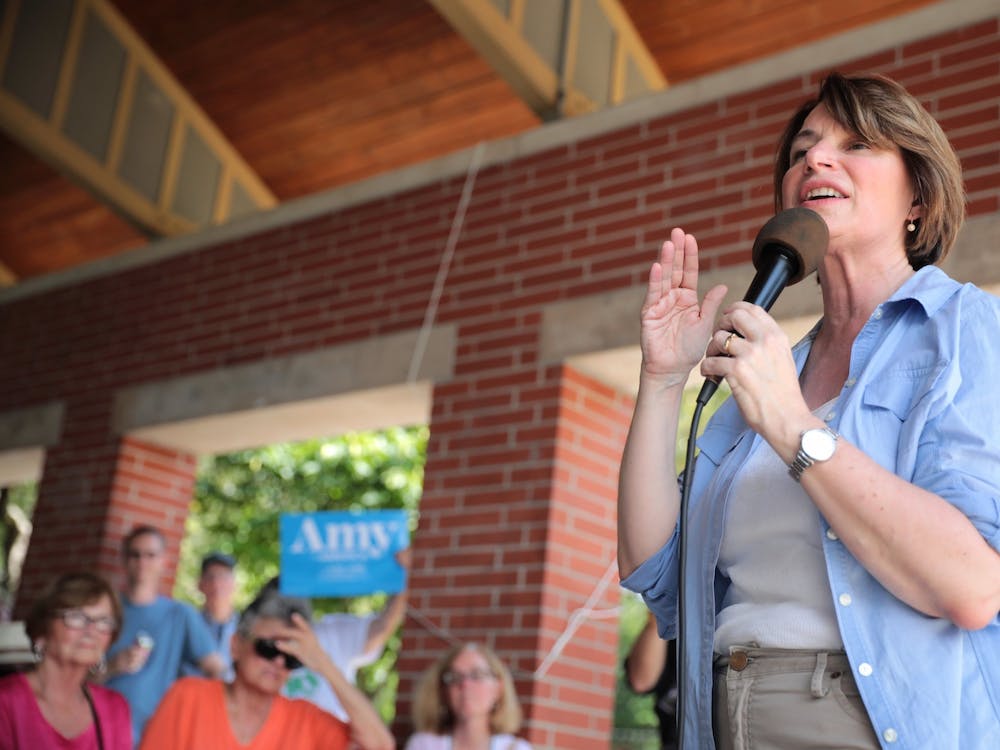 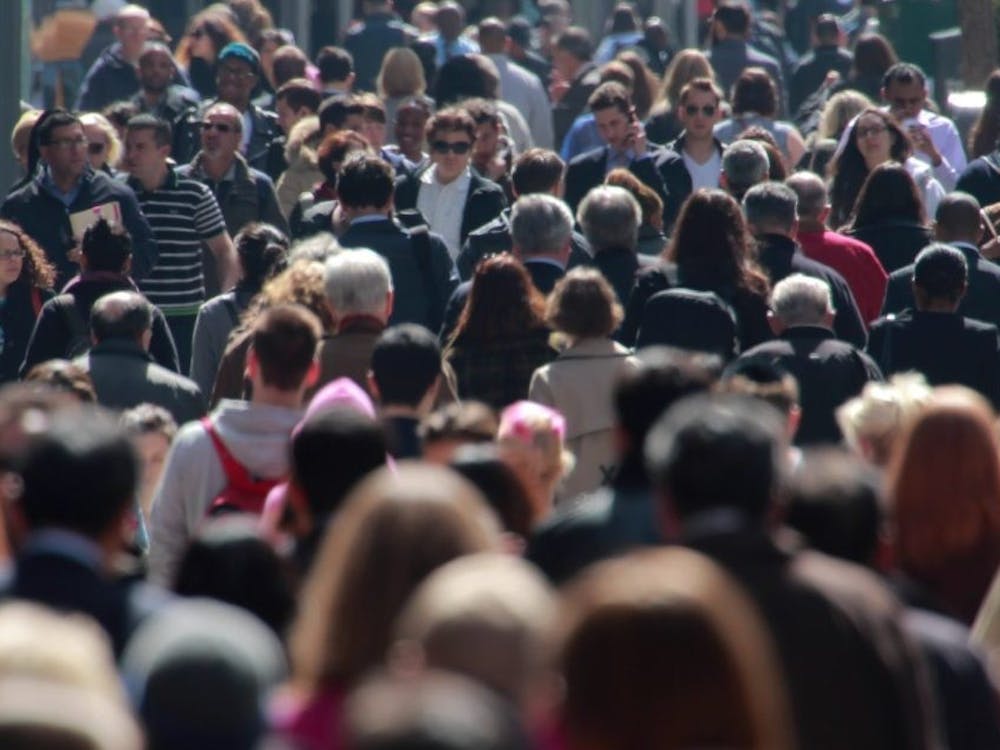