This problem may be addressed by better exposure, more comprehensive preventative efforts, and greater consequences.

The Michigan Capitol Building in Lansing, MI. Photo by Pkay Chelle on Flickr.

Last week, a story broke out of The Michigan Advance regarding sexist comments made by Michigan Senate majority whip Peter J. Lucido to reporter Allison Donahue.

Chasing a story about the Republican politician’s involvement in an anti-Gov. Whitmer Facebook group, Donahue was held up by Lucido and a group of boys from De La Salle, his former high school. Lucido suggested that the students from the all-boys school could “have a lot of fun” with Donahue, putting the reporter in a position where she needed to either address it or excuse herself from the story.

When she got the Senator alone, she told him his behavior was unprofessional. He cut her off and suggested that he was trying to help the boys out, as it’s “awkward” for them. Lucido claimed going to an all-boys school made him uncertain how to act around women...clearly.

Donahue wasn’t going to let him off easy, reiterating that they were in the Senate chamber - at work. She explained, “I’m at work. And you wouldn’t have said it to any of my male colleagues or anyone who presented to be older than I am” (Donahue is 22).

Lucido’s excuse that he simply talks to all young women that way hasn’t done much to assuage either the reporter or the public. Issuing an "apology" on Twitter which garnered many more comments than likes or retweets - termed “ratio-ed” - the majority whip is trying to deflect accountability.

Truthfully, Lucido’s comments came from a place of power. His non-apology suggests he doesn’t want to learn, grow or change. Republican and Democratic leadership are on the same page, however, about having the Senate Business Office investigate the matter. Lucido has been discouraged from speaking on the controversy until the investigation closes.

Things that Pete Lucido doesn’t seem to get (continued):

To me this news story embodies the toxic culture surrounding sexual harassment in male-dominated fields like politics and journalism. As a woman in both fields, having worked as a summer intern in the Michigan Senate and currently serving as the Echo’s opinions editor, I can say with conviction that sexism and sexual harassment is a problem.

Michigan Advance editor Susan J. Demas claims, correctly, that “women don’t want to be the ones to publicly raise sexism. It’s a great way not to be taken seriously in a still male-dominated profession.” This is shown by various examples - this one, the Fox News “Bombshell” scandal, the #MeToo movement, and others. But I, like Donahue and Sen. Laurie Pohutsky, am willing to gamble my “legitimacy” if it means standing up and speaking out for women facing sexism and harassment every day.

Sen. Lucido’s comments to @donahual are a prime example of the sexism and harassment my female colleagues and I face on a daily basis. It isn’t a joke and it isn’t funny. It’s toxic. I applaud Allison for having the courage to call out his indefensible comments.

The two male-dominated industries of politics and journalism present obstacles for female employees, especially those who step out of perceived gender norms as they chase stories and address the public. I spoke with several current and former EMU students involved in politics and journalism about looming sexism in these fields.

The first person I spoke to was my colleague Arica Frisbey, current executive news editor here at the Echo and former editor-in-chief. Both external and internal factors have been at play regarding sexism in journalism for Arica, whether it was not being taken seriously in her role at the Echo by her own colleagues/employees or being accused of being a “liberal media hack” by external actors when chasing leads.

One prime example of this is the “Ken Fleck incident” in the Fall 2019 semester, when an evangelist stood outside the EMU Student Center and spoke out at EMU Students, explaining “why they deserve hell." When Frisbey covered this front-page story and conducted interviews of students, the police, and Ken Fleck himself, she was faced with accusations of being a “liberal media hack.”

At one point, Echo staff members gathered in the Student Center to discuss whether our male editor-in-chief at the time, Andrew Lenzo, would be better suited to interview Fleck. Andrew is a straight, white male who could potentially be more easily seen as an “objective interviewer” - this perception was not outwardly expressed by Fleck but expressed internally within the group of writers.

Frisbey expressed her frustration by saying “it’s difficult having power taken away from you when you didn’t have much in the first place.”

Arica has done impressive work for the Echo, breaking stories such as the Best Hall incident, the April 2019 appearance on campus of anti-abortion group Created Equal and stories regarding sexual harassment. She deserves to be taken seriously by her colleagues, the administration and external actors. The fact that we even had to consider that her gender complicated her role as an objective reporter is a reflection of sexism in journalism - sexism which has also been internalized.

As for sexism in politics - in Lansing, specifically - I conducted two separate interviews of current and former EMU students.

The first was Taylor Lawrence, current Speaker of the EMU Student Senate, former campaign manager, and a former legislative intern in Lansing.

First I discussed the controversy regarding Lucido and what it meant for women in journalism and politics. Lawrence emphasized that Lucido’s involvement in the hateful Facebook group showed that his comments were not an isolated incident. His non-apology (“sorry for offending you”), according to Lawrence, spoke volumes and was more of a downplay or dismissal. Further, he argued that the Senate majority and minority leader’s quickness in addressing the situation is one of the more bipartisan things happening in Lansing today - the fact it’s being addressed at all is a “tiny step forward.”

When I asked about how we can take more steps forward, Lawrence made special note of the legislative gains made by women in the 2018 election cycle, arguing that “steps to female representation would be instrumental in doing away with that [sexist] behavior.”

As for Lawrence’s role, he believes men should listen to these experiences faced by women in politics and be an ally - and an advocate when necessary.

My final interview was with Annie Somerville, Ypsilanti City Councilwoman and Legislative Aide to Sen. Jeff Irwin. Having worked with her on both the Jeff Irwin campaign and in his Senate office, we both agreed that our own office dynamic was comfortable, fair and safe. However, we are connected to people in Lansing and in the political sphere that don’t experience that same level of comfort.

Somerville boils down the problems in Lansing to not only sexism, but also rape culture, as Lucido made a joke insinuating that high school boys could take advantage of a young reporter.

Additionally, she pointed to the problem women face in reporting such behavior, as they may risk being demoted or fired. She pointed to the #MeToo movement, which gave women a platform to discuss and refute such behavior. Whether that movement has led to true reform in addressing such issues, however, is still to be determined (it is still uncertain what consequences - if any - are to be faced by the senator, despite the quick action to investigate the incident by Senate leadership).

Somerville also made suggestions for how the problem of sex discrimination and rape culture can truly be addressed in the workplace. She argues that mandatory one-time training during onboarding and generic HR approaches simply are not enough - there needs to be a more comprehensive effort.

Additionally, it starts at the top. Legislators, editor, and other leaders in any given field are tasked with opening up conversation with their staff and ensuring they are in a safe community at work. They need to allow their staff to feel comfortable reporting such behavior to their own superiors - something probably not common on Lucido’s staff.

Somerville also emphasized how women being elected and holding leadership positions somewhat helps with the problem. This claim has merit, and it is argued often that one-shot training programs can’t do for sexual harassment and gender equality what promoting women can do.

The problem of sex discrimination in the workplace has been shown to be pervasive in male-dominated fields like politics and journalism. While steps are being made to address it, there needs to be a greater sense of accountability and consequence. Lucido should be facing more worries about losing his powerful chairmanships. He needs to learn to face accountability for his actions and issue a true apology - something he has yet to do.

There needs to be a comprehensive top-down effort to ensure staffers, interns, employees and writers feel safe while doing their jobs, whether that involves office or field work. People in positions of power must use that power for good, not to sexually harass or intimidate.

However you feel about the #MeToo movement, I’m glad it allowed these issues to come to light. These stories are important for pushing true reform, but it ought to be more proactive than reactive. Rather than issuing hot takes when something like this happens, leaders should commit themselves to creating a safe atmosphere to prevent something like this from happening. Otherwise, the problem will never be truly addressed. 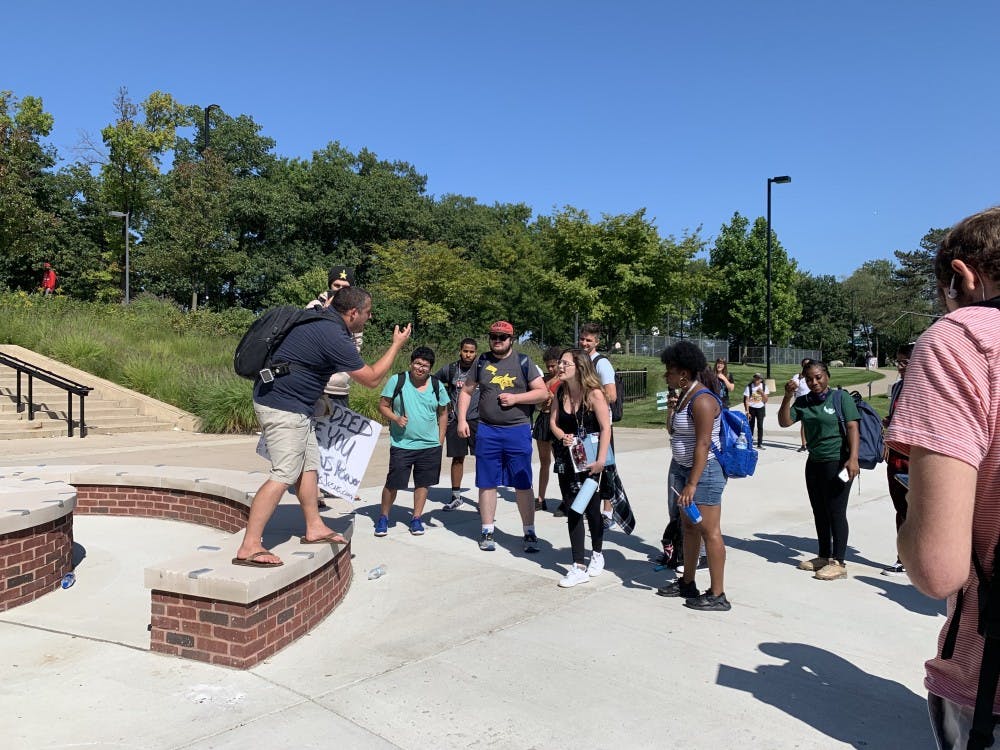 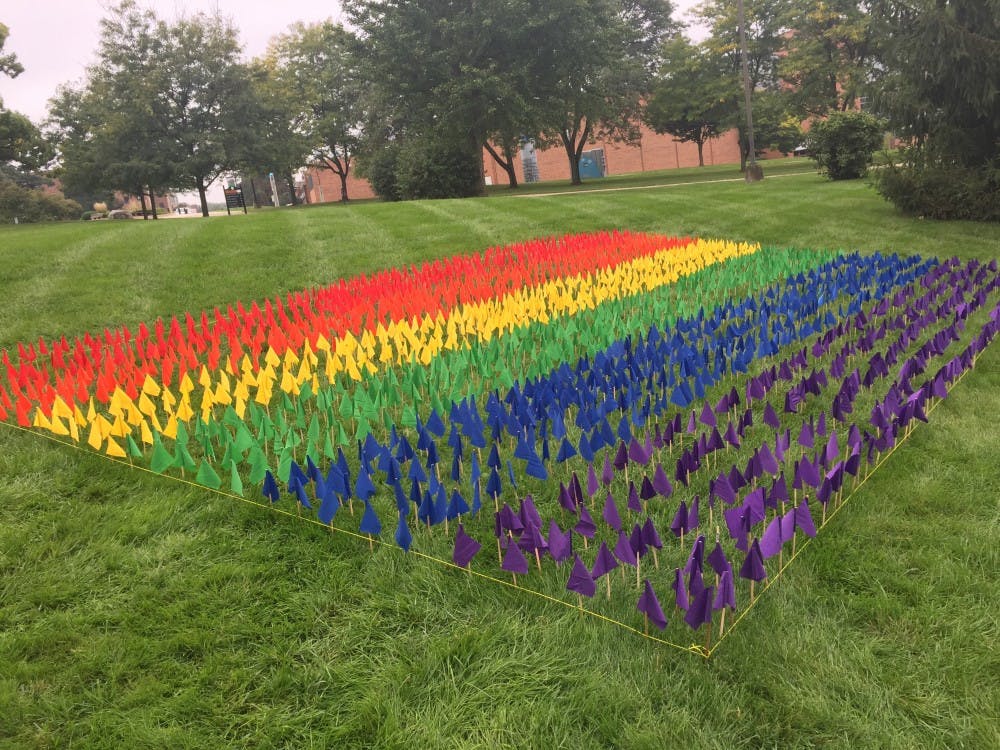