The 4th annual ‘Moments of Color’ showcase was held on Tuesday, Feb. 5 kicking off Black History Month by honoring a variety of important African American figures throughout history.

Located in the Student Center’s ballroom, the event attracted crowds throughout the night. EMU student organizations, an array of all kinds, chose historical figures significant to them, or their organization and devoted a station table to them.

Guests were encouraged to walk around the room and acquire knowledge about a handful of remarkable historical figures and the impact they had on black history, that they may not have known of prior.

Lining the room were upwards of a dozen groups, each dedicated to a different individual. All contained colorful posters filled with information to share, along with details on who the students are as a group. Some were even prepared with candy, dance routines and poems to display.

Hosted by Kings of Color, the night was designed to bring awareness to black historical figures who aren’t as widely acknowledged. Kings of Color is an EMU organization that, according to their Facebook page, “aspires to better their environment through knowledge, academics, diversity and community service.”

“Kings of Color Incorporated decided that we should have a black history showcase. However, most people know the more ‘famous figures’ such as: Martin Luther King, Malcolm X, Thurgood Marshall. So, we wanted to shine light on the hidden figures, especially during Black History Month. To do this we invited different organizations to collaborate with us and give more information on people who have been beneficial in black history. We wanted to make sure that each group was doing something different and could give a unique story,“ said Alfred Sheffield, Vice President of Kings of Color.

Kings of Color’s station was dedicated to Mansa Musa. Sultan of the Malian Empire during the 1300s, he was the richest man to ever live. He gave away much of his wealth and highlighted the importance of education and trade. Providing a modern day twist to their explanation, the Kings of Color compared Musa to T'Challa (played by Chadwick Boseman), the king of Wakanda, in the 2018 movie “Black Panther.”

The National Association of the Advancement of Colored People (NAACP) of EMU chose Ida B. Wells as their historical figure. Their Political Action Chairman, A’Rhyanna Tyus, spoke of Wells' importance to their organization.

Supplying further information on the NAACP of EMU, Tyus explained why she joined, as well as providing a statement she hopes will act as a takeaway.

The payoff varied from person to person, but all shared a common theme: an expansion of knowledge.

Vice President Sheffield reinforced his and Kings of Color’s aspirations for the event.

“I hope people can learn more about historical figures in black history. Not a lot of students, I would say, come to college knowing a lot about black history. Especially seeing that it is only talked about in schools for one month, so we definitely want to shine more light on figures who aren’t necessarily in textbooks or in the news all the time. We want to extend our knowledge within the community.” 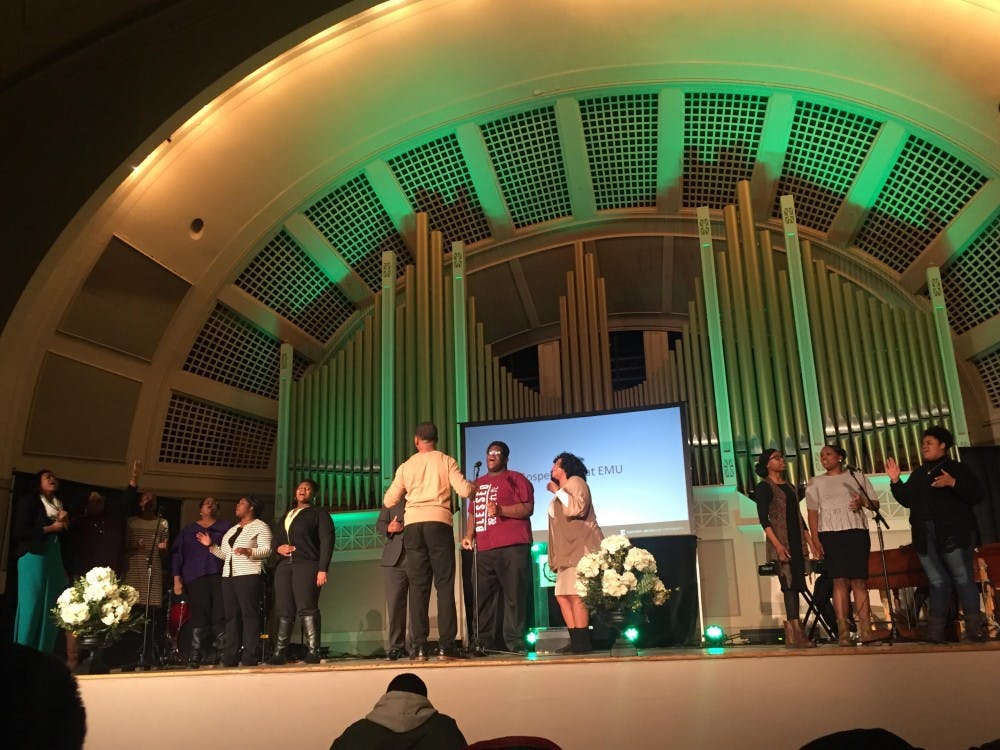