“[Something Between]” gives the audience a new experience in theater

Devised theater was showcased in “[Something Between],” held in EMU’s Quirk Sponberg Theatre on Friday, March 7.

By Grace Thompson and Joseph Sculuca

On Friday, March 7, Eastern Michigan University (EMU) students took the stage at Quirk Sponberg Theatre for the first showing of “[Something Between],” a devised theater production.

Different from a standard play, the acting started in the hallway of the venue. Lining and organizing guests by their assigned seat numbers, the actors used the audience as props to create an experience, rather than just a show. The interaction took viewers on a journey, while exploring the deeper meanings behind forms of barriers and what it can represent for each person, with pretenses of positive and negative influences towards society.

Inside the productions program, a synopsis of the play gave further insight of what was going on. The note described devised theater and how it is created by the audience, as well as the cast.

“Devised theatre is most simply defined as a ‘collective collaboration.’ Everything you see here tonight was created from a collection of people, meaning that the people involved, regardless of their positions, collaborated to build what you will be interacting with tonight,” said Amy Johnson in her director's note.

Continuing on in the note, it possessed a request from Johnson for the audience.

“Try not to think too much about what you are doing and immerse yourself into the feelings and ideas presented. We hope that you have been wondering, are wondering and continue to wonder. We ask that you be present and open minded. We ask that you explore and interact. We ask that you join us in the collective experience that [Something Between] offers.”

Once inside the theater, skits flashed in and out allowing alternating performers to have the chance to showcase their talent. All of the presentations shared a common theme of walls and borders, but the literal sense varied. Issues on politics, race, relationships, poverty and mental health were brought to sight. By dealing with the social perspective towards walls and emotional connections between people, it allowed for the audience to come up with their own conclusion and thoughts.

Johnson discussed the process of how the production came to be this way.

“We had thought about topics that would be interesting and that are relevant. We decided that walls are increasingly important to what is going on with society. All the pieces are directly influenced by the cast members to create something new and unique. Some people gave us poetry, plays, and music; they offered that to us as a platform. Then we built the show within 4 weeks,” said Johnson.

Tyler Pavlik, a member of the cast, spoke her mind on what it was like to be involved in this type of production and what she hopes the audience can gain from the experience.

“It was eye opening to hear everyone’s different experiences through life. I want the audience to take away that there is no inherent bad or good to walls and that everyone should be an individual and not to take the follower route when it comes to these topical disputes” said Pavlik. 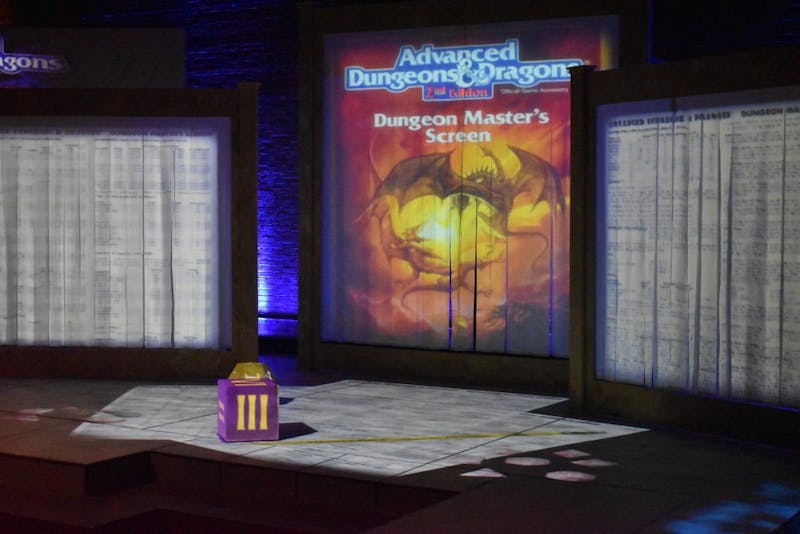