People broke out in protest on Wednesday, May 27, after videos circulated on social media on Tuesday, May 26, of a white Washtenaw County Sheriff’s deputy appearing to repeatedly punch a black woman, Sha'Teina Grady El in the head.

Protesters began at the Washtenaw County Sheriff’s Office and made their way over to block the intersection of Hogback Road., Capenter Road. and Washtenaw Ave.

On Tuesday, May 26, the Washtenaw County Sheriff polices tried to enter Jaquisy Diggins’s house to look for a suspect of a shooting on Peachcrest St. in Ypsilanti. Diggin said she explained to deputies through her window that she could not let them in out of concern for children inside her home

Jaquisy’s parents tried to record the scene by crossing the perimeter set for the investigation. Her mother, Sha'Teina Grady El, was wrestled to the ground by a Washtenaw County deputy and repeatedly punched in the face. Bystander and neighbor, Tamia Taylor, recorded the arrest and the video circulated on social media.

The deputy involved has been placed on administrative leave, according to Sheriff Jerry Clayton.

Daniyal and Sha'Teina Grady El were held at Washtenaw County Jail after their arrest. Daniyal was released on Wednesday, May 27, while Sha'Teina Grady El is being held in Taylor, MI on a separate warrant. Protesters urged for her release

This is the second protest that has taken place outside the Washtenaw County Sheriff’s Office. Various speakers spoke in support of the Grady El family and that excessive force was used during the couple’s arrest.

An organizer of the protest, Trische’ Duckworth, announced that the group will march to Taylor, MI to demand Sha'Teina Grady El’s release. A GoFundMe for Sha’Teina Grady El’s bond, legal fees, and medical fees. 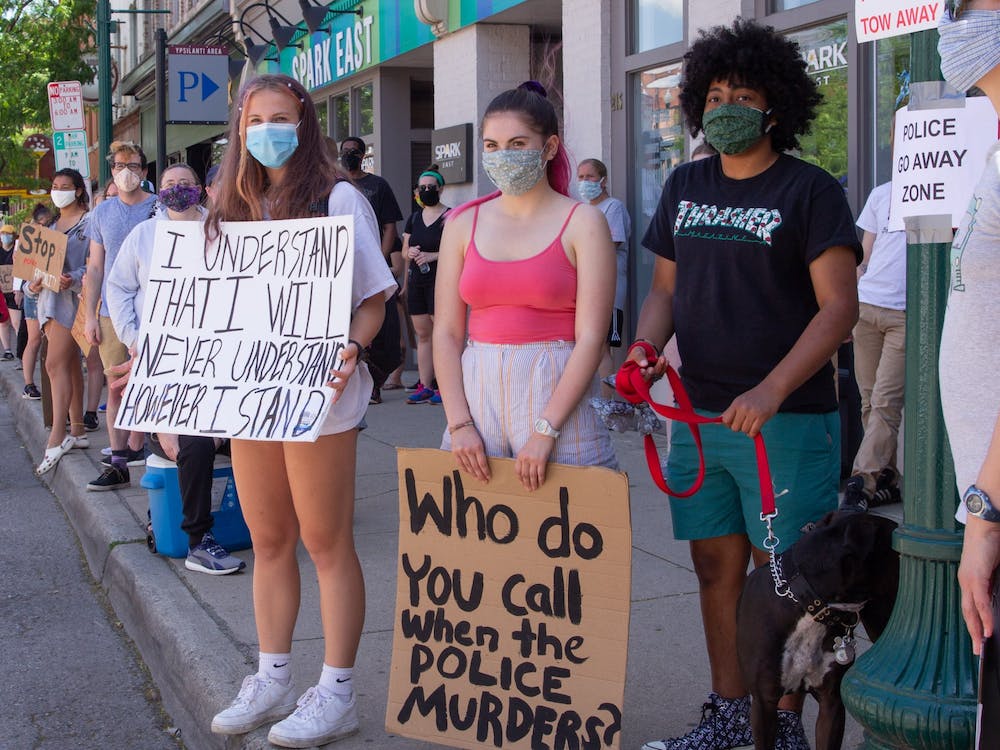