Late last Monday night, only hours after the Senate Judiciary Committee confirmed her appointment, Amy Coney Barrett was sworn in as the newest Supreme Court Justice. She fills the seat left vacant by Ruth Bader Ginsburg’s unfortunate passing in September. But seating Barrett on the Supreme Court 8 days before the 2020 presidential election is not a win for the people—it's the last nail in the coffin for conservative’s takeover of the court.

It is not normal procedure to have a Supreme Court justice rushed into office in this fashion. This is especially true right before an election. In February of 2016, Justice Antonin Scalia passed which left a vacancy on the court during an election year. The decision was made that it was too close to the election to put a new justice on the court, and that the next president should be the one to nominate and confirm a justice. The main argument in this situation and other instances similar is that the nomination should be postponed in order for the people’s voices to be heard, via electing a new president. Therefore, the justice nominated by the next president would, in theory, be closer to the will of the people.

Key senators that helped rush Barrett into the Supreme Court sung a different tune in 2016. Sen. Lindsey Graham (R-S.C.) addressed a letter to Senate Majority Leader Mitch McConnell expressing that a replacement to Scalia’s seat should wait until powers had been turned over to the next president. Specifically citing the unprecedented nature of confirming a justice in an election year, he wrote, “Not since 1932 has the Senate confirmed in a presidential election year a Supreme Court nominee to a vacancy arising in that year. And it is necessary to go even further back — to 1888 — in order to find an election year nominee who was nominated and confirmed under divided government, as we have now.”

Graham and the other 10 Senate Judiciary members that signed the letter committed to not holding any hearings on Supreme Court nominees until the next president was sworn in the following January. After Ginsburg’s passing, Graham stated that he would help Trump in “any effort” to fill the vacancy. Filling Ginsburg’s vacancy was no doubt completely political. Confirming Barrett has always been about solidifying the conservative majority on the court. In four years, 3 justices have been confirmed to the Supreme Court under Trump, a president that lost the popular vote by millions in 2016. To say this justice will not represent the people is an understatement.

No Democrats cast a vote for Barrett’s confirmation. Only one Republican, Sen. Susan Collins (R-Maine), voted against her. This is the first nomination in 151 years that received no votes in favor from the Senate minority. Though less senators voted against the nomination than in favor, that minority vote represents 13,524,906 more people than those senators who voted to confirm her. The fact that a lifetime appointment has been given to someone who, in just sheer numbers, does not represent the will of the people.

Amy Coney Barrett identifies with the judicial philosophy of originalism. This means that she interprets the constitution as close as possible to the original interpretation by the founding fathers. Though it’s prevalence has grown in conservatism, it is incredibly dated and doesn’t represent a majority of the country. The constitution was written during a time when only wealthy white men truly had rights. It was written by a group of men in which many of them enslaved other human beings. Barrett herself wouldn’t have had the ability to even participate fully in society, let alone become a Supreme Court justice had she lived during the writing of the constitution.

Originalism may seem like an odd ideology to hold for someone who wouldn’t have had rights during the constitution’s writing. But looking into Barrett’s judicial history and her support of stripping rights off the books, it makes sense that originalism is right up her alley. The idea of originalism may be disguised as a concern over the government gaining too much power, but do not be fooled. Taking the government out of the picture in regulations and in upholding people’s rights is dangerous and only seeks to satisfy the personal beliefs of conservative leaders.

The Voting Rights Act could be dealt its final blow with Barrett on the court. The act has been weakened over the years by conservatives, and two cases pertaining to it will be put before the court. A conservative vote from Barrett could strike down one of the most influential aspects of civil rights and the right to vote without discrimination based on race.

Right after the election, the court will hear the case of Fulton v. City of Philadelphia, Pennsylvania, which seeks to make it possible to discriminate against certain folks under the guise of ‘religious freedom’. This could be a huge blow against the LGBTQ+ community, whose ability to adopt, amongst other things, could be taken away.

Mississippi will be appealing their 15-week abortion ban to the Supreme Court soon as well. The GOP has been trying to wear down or completely strip abortion rights, and Amy Coney Barrett holds a similar view on abortion. A 6-3 conservative majority ruling on abortion cases threatens Roe v. Wade and reproductive rights in general.

Promptly after the election, the constitutionality of the Affordable Care Act (ACA) will be deliberated and decided by the court. If the court rules that it is unconstitutional, that means the entire law will be struck down. Millions of people rely on the ACA as their form of insurance. Those millions of people would lose their insurance during a pandemic if the court strikes down the ACA.

The process and confirmation of Amy Coney Barrett is another glaring example of the United States’ fall from democracy. This is a Supreme Court justice nominated by a president that lost the popular vote by millions; a justice of whom the voting senators in opposition represent a staggering 13 million more Americans than their supporting counterparts. Her rushed nomination was entirely reckless and was simply a hail mary for conservatives to leave their mark for decades, regardless of the election results. Amy Coney Barrett does not represent the people of America, and therefore is not a justice of the people. 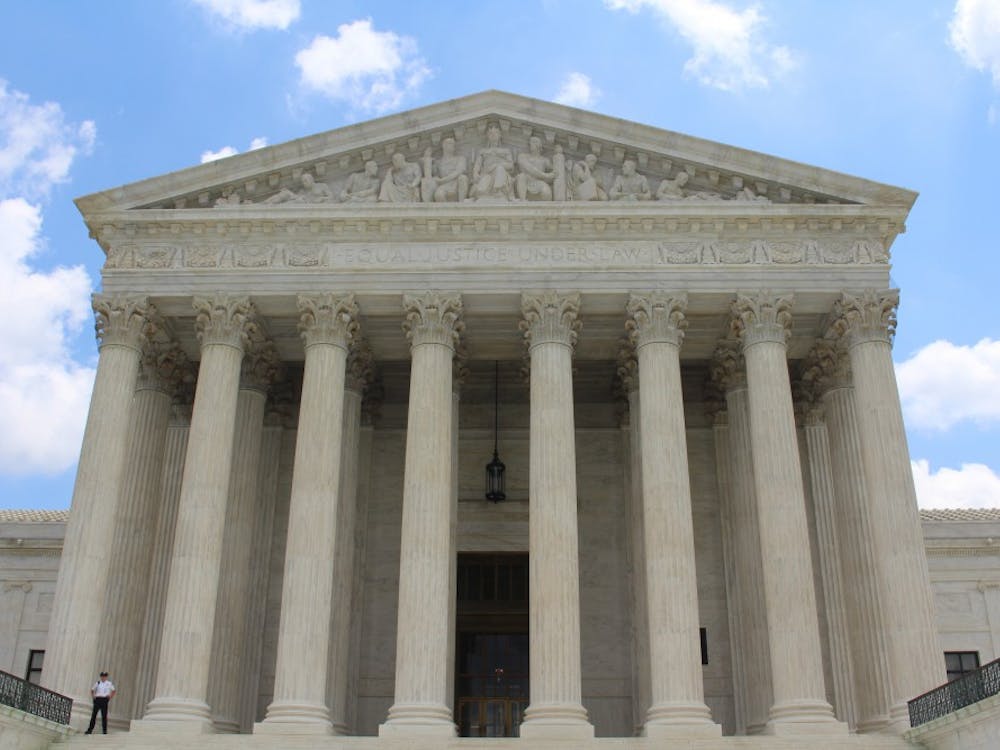 Opinion: Republicans would like us to forget about Merrick Garland. Let's not.