The Eastern Michigan University men’s basketball team traveled to East Lansing to play against the Spartans of Michigan State University on Monday night. The Eagles defense wasn’t strong enough to stop the previously ranked number thirteen Spartans as they fell 89-65.

Michigan State jumped 10 spots after defeating Eastern Michigan, moving the Spartans to third in the nation.

The Eagles let out a flurry of shots from beyond the arc, but shot a meek 18 percent from three point range. Eastern Michigan only took a trip to the free throw line twice in the first half due to Michigan State's effective job of preventing fouls. Going into halftime, the Eagles trailed MSU by a score of 40-25. Ty Toney led the Eagles in scoring with 11 points.

“When the game was in the balance [in the first half], we had some opportunities to score,” said EMU coach Rob Murphy. “[We] missed a few shots, missed a few layups, and we allowed them to beat us up on the offensive glass.”

The second half tested the Eagles as they did a good job of getting to the foul line more, but once again could not convert. The Eagles went 13-23 from the line in the second half.

The Eastern Michigan defense took a toll as Michigan State scored 11 points on second chance opportunities, while also scoring 38 points in the paint.

The Eagles however would start to set a pace offensively, scoring 12 points off of second chance opportunities and scoring 15 points off of turnovers.

“We continued to fight, but we could never really get the game back respectable enough to have a chance at winning,” said Murphy. “We just have to keep getting better and better as we prepare for MAC play.”

“I give James Thompson a lot of credit. He really gave it to our bigs,” said Michigan State coach Tom Izzo.

The Eagles’ next contest will be when they take on Marygrove College on Wednesday, November 25, 2015 at the Convocation Center. Tip-off is scheduled for 2 p.m. 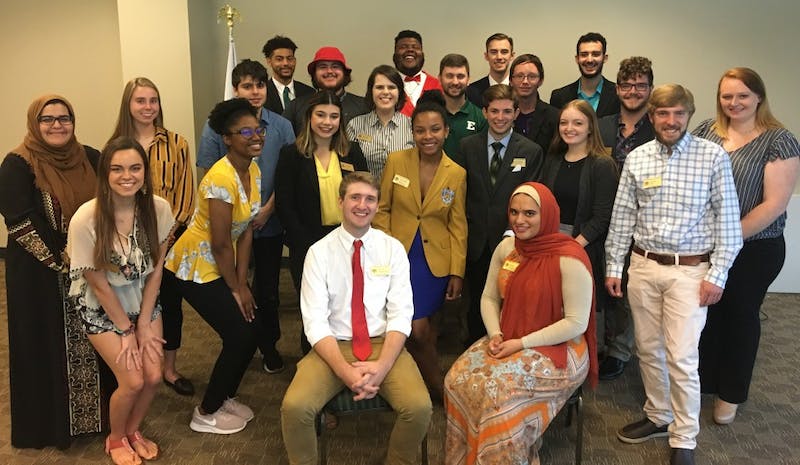