Police block off Carpenter Road outside of the Cinemark movie theater around 3:30 p.m.

This story will be updated as more information is learned and an official statement is released by the Pittsfield Township Department of Public Safety on the cause of the explosion. Last updated at 5:59 p.m.

Residents on Cloverlane Drive can return to their homes and encouraged to "shelter in  place at their residences until further notice," according to the Pittsfield Township Police and Fire Facebook page at 5:44 p.m.

The incident was handled by Pittsfield Township Department of Public Safety.

“We had an explosion of several propane tanks that ignited the building on fire,” said Pittsfield Township Chief of Police Matt Harshberger. “It caused us to do about a mile radius evacuation.”

Fire crews were hesitant to approach the fire on arrival because of the exploded propane tanks.

“Because the tanks were bleeding off gas and because of the heat, we were unable to approach very quickly in order to put water on the fire,” Harshberger said.

“The Fire Department is now approaching to put water on the tanks to cool the tanks down to put the fire out,” Harshberger said at 3:30 p.m.

Harshberger said the department didn’t know what started the fire yet.

“We’re not exactly sure [what started the fire], the investigation will take place afterwards. We know that there were several explosions of propane tanks that caused the building to be ignited on fire. But what caused those tanks to explode initially will be subject of the investigation.”

The police department has not yet received any reports of casualties, “we’re not aware of any injuries at this time but we haven’t conducted a thorough search of the scene yet.” 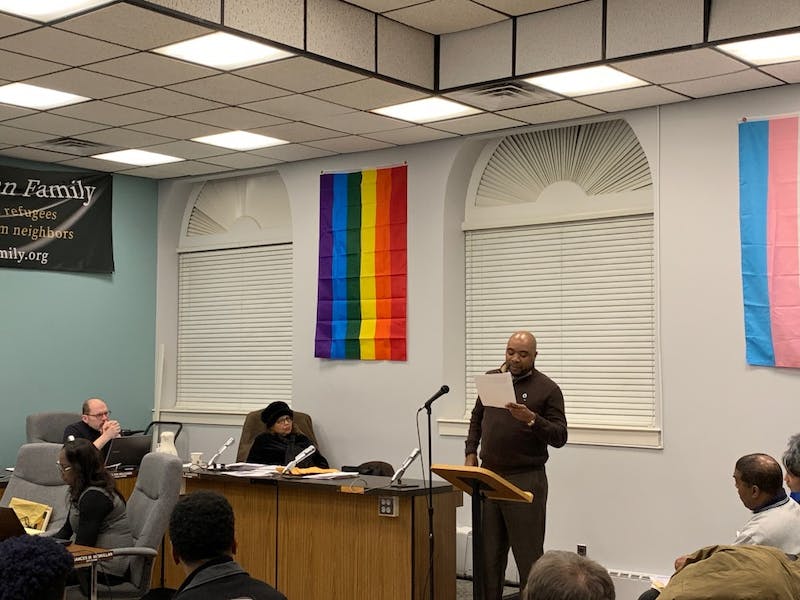