The Eagles fell to WMU 3-1 before defeating CMU 3-0 on the road.

Katie Krasowski and Devon Murray block the ball against Northern Illinois on Oct. 30.

The Eastern Michigan women’s volleyball team went 1-1 in their last two matches versus Western Michigan on Saturday, Nov. 2 and against Central Michigan on Thursday, Nov. 7. The Eagles lost to the Broncos at home on senior night before defeating the Chippewas, who are the top ranked team in the MAC.

Before the game versus Western Michigan, the seniors honored were Camille Schomer, Riley Taylor, Cassie Haut and Ariel Hamby. They were honored with a special ceremony before the match, showcasing their highlights and MAC tournament championship in 2018.

EMU kept the sets close for the most part but Western Michigan pushed their offense and kept the Eagles on their heels with a lot of energy and quick offense. Haut led Eastern Michigan with a strong performance of 19 kills, five total blocks and 23 points. Haut also led Eastern’s hitting percentage with 45.7%. She led both teams in points and hitting percentage. Taylor had a strong performance with 55 assists, two blocks and 12 digs.

Five days later, the EMU women’s team defeated Central Michigan on their home court with a final score of 3-0. In all three sets EMU pulled away from the Chippewas, who happen to be the Mid-American Conference’s top ranked team. In the first set, Haut started the match with an amazing 16 kills, while junior Franki Strefling wasn’t far behind with 11 kills of her own.

Taylor was a factor as well as she led EMU with 39 assists. There were also five blocks by Raeven Chase, three assists from Schomer. Schomer also had 13 digs, while Heidi Fausze was not far behind with eight digs.

The Eagles are now 10-15 on the season and have improved their conference record to 5-8 with three matches remaining in the regular season. Following the loss to Western Michigan, EMU is 5-5 on their home floor but they have now earned their second road victory after taking down Central Michigan.

Eastern Michigan’s next match will take place on Saturday, Nov. 9 at 5 p.m. versus Kent State on the road. The following match will be in Muncie, Ind. as the Eagles take on Ball State on Friday, Nov. 15. The final game of the regular season will be against Toledo on Saturday, Nov. 16 at 7 p.m. The MAC Tournament is set to begin on Thursday, Nov. 21 in Bowling Green. 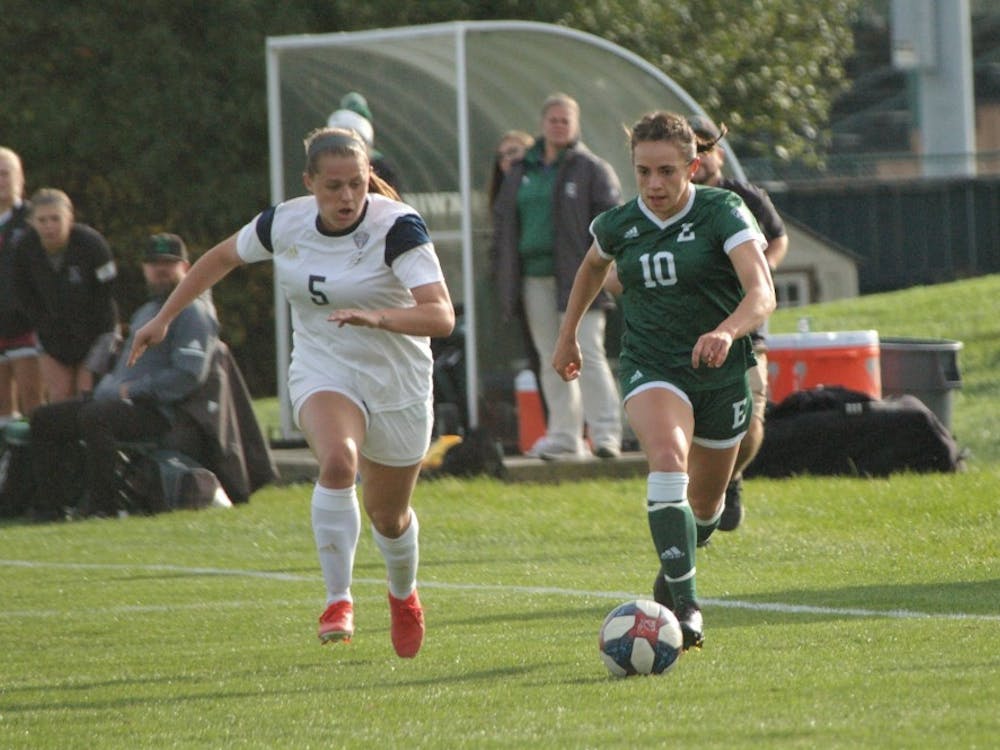