‘North Star,’ held in EMU’s Sponberg Theater, follows the self-discovering journey and reflection of Relia living in a small town in North Carolina in 1960. The play was performed Feb. 7 to 9 and will be held again Feb. 13 to 16.

The play, written by Gloria Bond Clunie, shows a glimpse of what it was like to be African-American in the south during the fight for civil rights. Racial slurs and profound language is used in order to show the harsh and heartbreaking reality of the United States’ conflicting past — ‘the past’ being only 60 years ago now.

As a young girl, Relia’s parents dispute on whether they should shield her as much as they can or allow her to participate in a sit-in demonstration. Throughout the play, Relia muses her time with her dad, stargazing in the yard. She ultimately uses the moments to help guide her, keeping her hopes and dreams in thought as she stays true to herself.

The director of the play, Wallace Bridges, spoke of the parallels between his and Relia’s childhoods. Growing up in the south during the 1960s, the play felt extra close to him. The themes of history and the stars were very important to him while portraying the play. To accentuate both of these, he included a mix of realism and theatricalism. Flashing between memories, reflections, starry night lights and images of the Greensboro sit-in, Bridges spoke of the designing process.

“The process takes about seven weeks with designers, stage managers, crew heads and the director talking about the concept and the design of the play. Bringing in sketches, getting approval, bringing back computerized drawings, photographs of costumes and just getting ideas together,” explained Bridges.

After basic designs were brought to life, actors began rehearsal. For five weeks, the actors had Monday through Friday, 7:00 to 11:00 p.m. rehearsals and sometimes on Saturdays.

Tayler Jones, who played Relia, discussed what helped her get into character.

“We got to Skype the playwright, so it was really interesting to hear her perspective. For me to get into character, I really had to think about the time period and the innocence within that. Being an African-American woman and growing up being told that certain things were different for me in society, I had to really think about it during the time period. Knowing that I am African-American, but at the same time what does that mean in the broader scheme of the world.”

Cameron Graham, who played Willie Joe Poole, Relia’s best friend, explained his process of getting into character and what it feels like to act out these scenes.

“Especially with a show like this, when we’re dealing with topics and people so profound and complex and deep; for me personally, I made sure I did some additional research, as well as checking in periodically with my director. He is not going to tell me how to act, because I’m already in it, it’s up to me to figure out how to portray my character. It is really intense though. That last scene, sometimes even when i’m acting it, it feels so real and I have those out of body experiences sometimes on stage where it’s like, wow, it’s crazy to even think about this really happening.”

Both Jones and Graham defined their love and gratitude for the production. Working with the cast was the most rewarding aspect to them.

‘North Star’ brings attention to the messages that are still greatly prevalent in today’s society. Greatly opening eyes to prejudices and racism of the past, yet still showing the existence of it today.

“People like to think, that since the play takes place years ago, that it’s something we don’t have to deal with anymore or it’s not something that happens anymore. I think it’s always a positive thing to remember your past so you don’t repeat it in the future. So I hope this play will make the audience aware of how they interact in society and how people interact in society around them,” expressed Graham.

In the director's note, Bridges discloses, “Since, the sit-ins were a long time ago, why should we revisit that painful history now? People of my generation may be sorely aware of that part of American history, yet young people today may not have had an opportunity to fully understand what came before. That is why, now, 60 years later, is a perfect time to present ‘North Star.’” 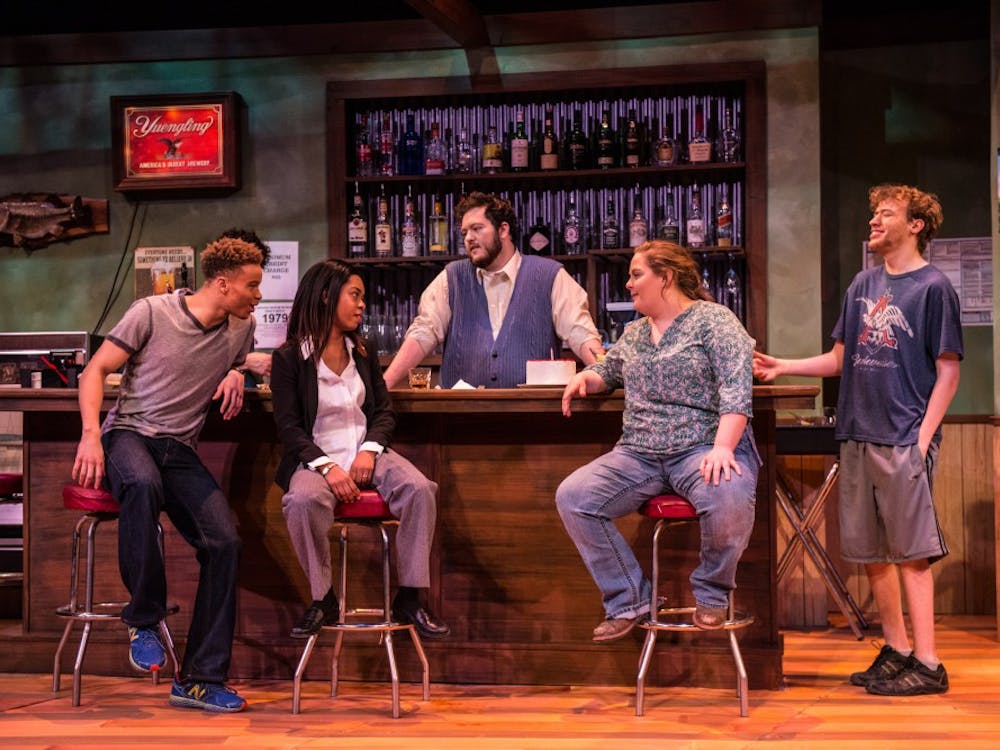