The loss to the Triton’s records the Eagle’s fifth loss of the season.

Eastern Michigan went on a 6-0 run with 6 minutes left in the half after being down 25-24. Despite a 10 point attribution from freshman Colin Golson Jr. and a late scoring effort from from senior Monty Scott to take the lead, the Eagles would enter halftime down 40-39.

The Eagles were hot in the first half, as they hit their first four shots of the game and finished the half shooting 56% from the field. Before the game at UC San Diego, the Eagles had opened just two of its first six games with a made basket.

After halftime, UC San Diego stretched the lead, creating a 52-43 advantage over Eastern Michigan. A 6-0 run for the Eagles cut the lead to 3 with a little over 10 minutes left to play. The Tritons quickly answered back with a run of their own, outscoring the Eagles for the rest of the matchup. The Tritons secured an 83-74 win over the Eagles.

The Eagles scoring efforts against UC San Diego marked the fifth time that at least 3 EMU players have scored 10+ points this season. It also marked the third time that EMU has gotten 15+ points from a trio of players. Monty Scott recorded his sixth straight game posting a double-digit scoring effort.

Following the defeat to UC San Diego, Eastern Michigan’s record sits at 2-5 on the season.

EMU returns home to Ypsilanti to face-off against NCAA Division II Northwood University on Sunday, Dec. 5, at 4 p.m. inside the Convocation Center. You can catch the action on ESPN3.

For more information on EMU Men’s hoops, you can visit EMUEagles.com. 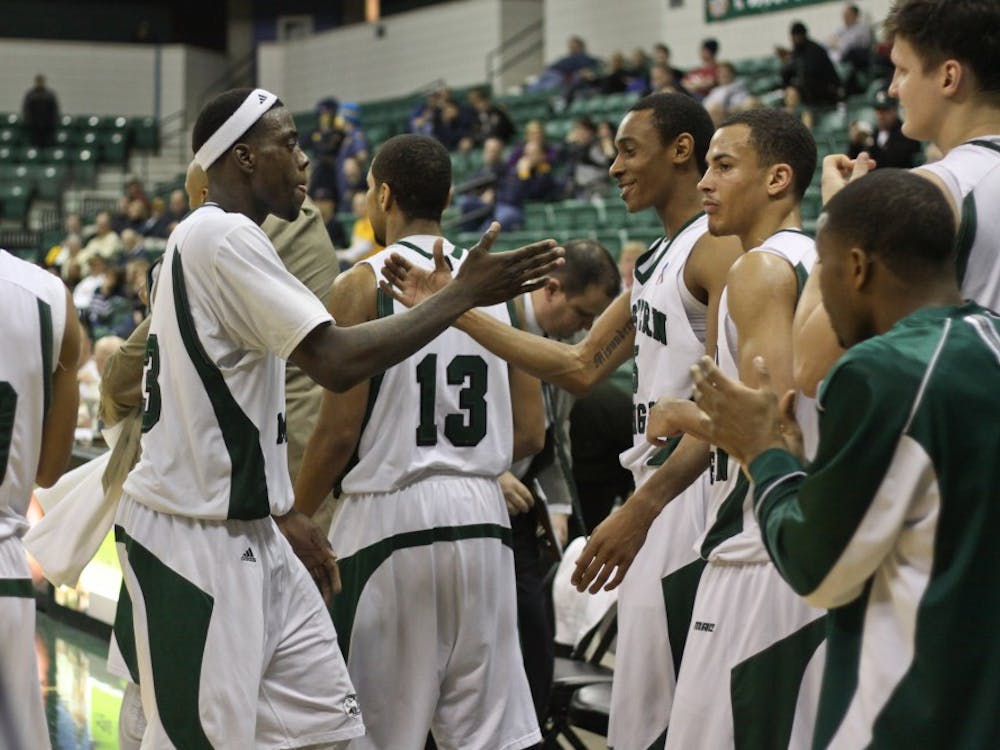