Eagles lost eighth straight game and fall to 7-9 at home.

By Charles Post
Evan Kratt and Jeff Timko stand at first base on May 11 at Oestrike Stadium.

The Eastern Michigan baseball team was swept in a three-game series by rival Central Michigan at Oestrike Stadium over the weekend.

The Eagles have now lost eight straight games and are 7-9 at home on the year. In the three games, the Chippewas outscored EMU 22-9 including an 11-1 victory in the series opener.

The first game took place on May 10 at Oestrike Stadium, and Central Michigan was able to get off to a hot start. David Cole got the scoring going in the top of the second inning with a triple that scored Jason Sullivan. Cole would come around to score on a sacrifice fly that put Central Michigan up 2-0. They would add four more runs in the fourth inning, highlighted by a two-run double from Jacob Crum. The Eagles’ only run came from an RBI single by Nick Jones, which scored Zachary Owings.

Pat Leatherman earned the win for Central Michigan, his eighth of the year, while Jackson Shaver fell to 0-4.

The following day, in the second game of the series, EMU competed throughout but still came up on the losing end. Thomas House got the start for Eastern Michigan and gave up two runs in the first inning, but he eventually settled down to pitch 5.0 innings and strike out four batters.

“Thomas did a good job, especially after settling after the first inning,” head coach Eric Roof said. “I didn’t think his breaking ball was too sharp early, but he did a good job of adjusting. He was able to give us five innings. I thought he competed.”

However, the offense was unable to capitalize on the good pitching and only managed one run. Jeff Timko was hit by a pitch in the bottom of the second inning with the bases loaded, which cut the Central Michigan lead down to 2-1. The Eagles failed to bring any more runs across the plate, despite having three runners on base. Besides hitting Timko, Cameron Brown had a great outing for CMU. He improved to 9-0 after pitching 7.0 innings and giving up just five hits while striking out four.

“Brown was able to throw strikes; he threw a ton of strikes and he was able to keep the pitch count low,” Roof said. “When you’re attacking like that, you have to be able to counter and get hits, and we weren’t able to do that today.”

Central Michigan added another run in the fifth inning to win 3-1. Nate Jones had two hits for EMU in the loss.

In the final game of the series, the Chippewas completed the sweep with an 8-7 win. Eastern Michigan’s offense finally got going, but The Eagles weren’t able to hang on after leading 4-1. Jared Kauffman got EMU on the board in the first inning with a single that scored John Rensel Jr. Owings picked up an RBI in the second inning to help give the Eagles a three-run lead. Central was able to respond, though.

They tied the game in the third inning, but Eastern scored three more runs in the next two innings to earn a 7-4 advantage. Holden Cook gave up singles to Crum and Zach Heeke in the sixth inning, which brought four runners in to score and give CMU an 8-7 lead. Cook took the loss for EMU, his sixth of the year. Ryan Palmbald earned the win for the Chips.

EMU will finish the season with a series against Kent State at Oestrike Stadium beginning on Thursday, May 16. 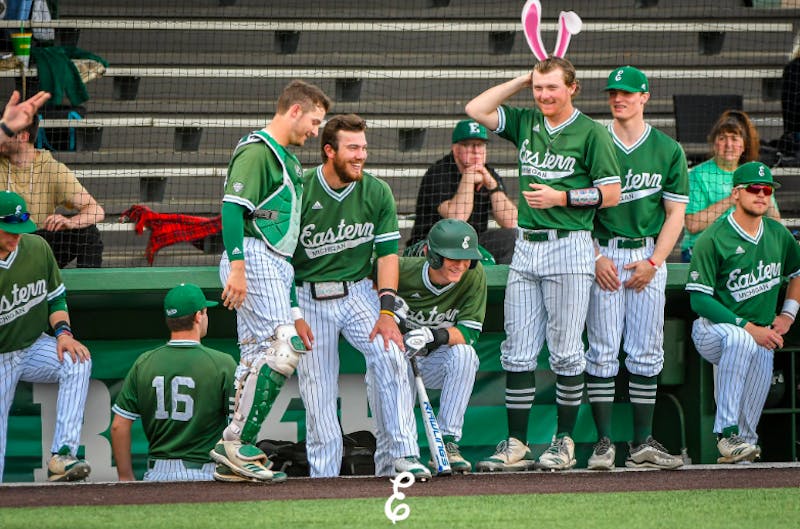 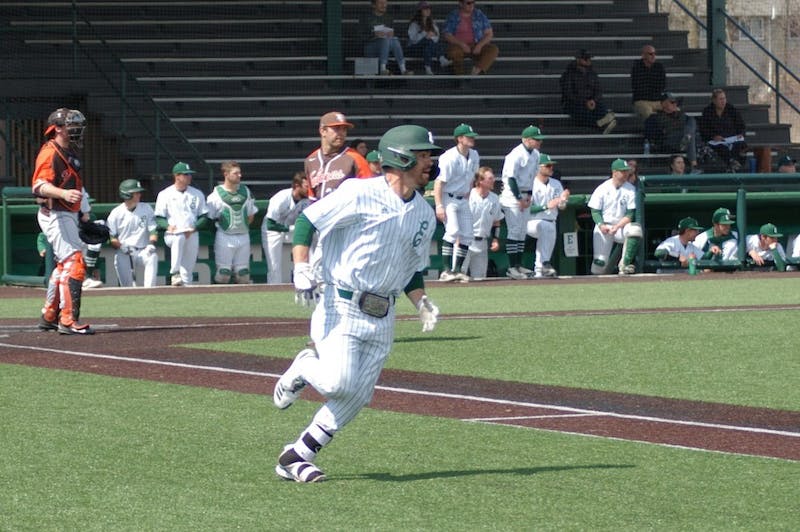