Grimes returns with her newest music video for “Violence.”

Singer-songwriter Grimes has a reputation for the unusual. Since her 2015 album, “Art Angels,” fans have been eagerly awaiting her return. Finally, after four years, we have an album coming soon.

Grimes has been teasing demos and snippets of her new tracks for months and has finally released her highly-awaited second single, “Violence.” Premiering on Sept. 5, 2019, the accompanying music video was dropped, and it was glorious. Done in tandem with mostly underground techno artist i_o, it’s an incredible addition to her visual discography.

The video opens with Grimes kneeling, reading “The Art of War,” surrounded by women lounging on a marble staircase. Her signature vocals are airy and echoey, laced over heavy synth. Moving through the intro and into the chorus, fans were surprised to see something new from Grimes, choreography in a music video.

The Canadian singer-songwriter has a background in dance, doing ballet for 11 years. It’s no far leap to think that someday dance would make its way into her videos. Though Grimes is staged within the center of her backup dancers, she is not altogether removed from or placed above them. Instead, all dancers follow, more or less, the same sequence of moves.

The dance is emotive and seems to tell some of the story of “Violence.” Motions of guns and of hitting are peppered into the routine, and she seems to writhe back and forth as if in pain. Nevertheless, Grimes looks strong and confident, and we can only hope she continues including dance within her work.

One of the most striking elements of the video the viewer may notice is this: weapons. Thus begins the juxtaposition of femininity and warfare, two concepts which Grimes has chosen to play around with on her upcoming album. The lighting is often soft, Grimes is feminine, as are her backup dancers. Yet, they’re armed with swords and bows. This same motif was also explored in Grimes’ previous single, “We Appreciate Power.”

Both singles so far come from her upcoming album titled “Miss_Anthropocene.” It’s certainly an experimental album conceptually; Grimes herself described it as “a concept album about the anthropomorphic Goddess of climate change.” Again, Grimes has never been a cookie-cutter artist.

There were Humans and Gods and nothing but Angels in between

“Violence” is a strong and real track, and Grimes holds no qualms about admitting the bad in a relationship. “You can’t see what I see,” she sings in fluting notes, “Cause you feed on hurting me.” The video is incredible, and while not overly-done or intricate, is an eye-catching, artistic visual of the concept of being attached to someone in a turbulent relationship.

“Miss_Anthropocene” has no official release date set, but Grimes has said it will come sometime within 2019. From what we can see so far, Grimes is pulling heavily on cyberpunk influences and seeks to explore the balance between womanhood and war. 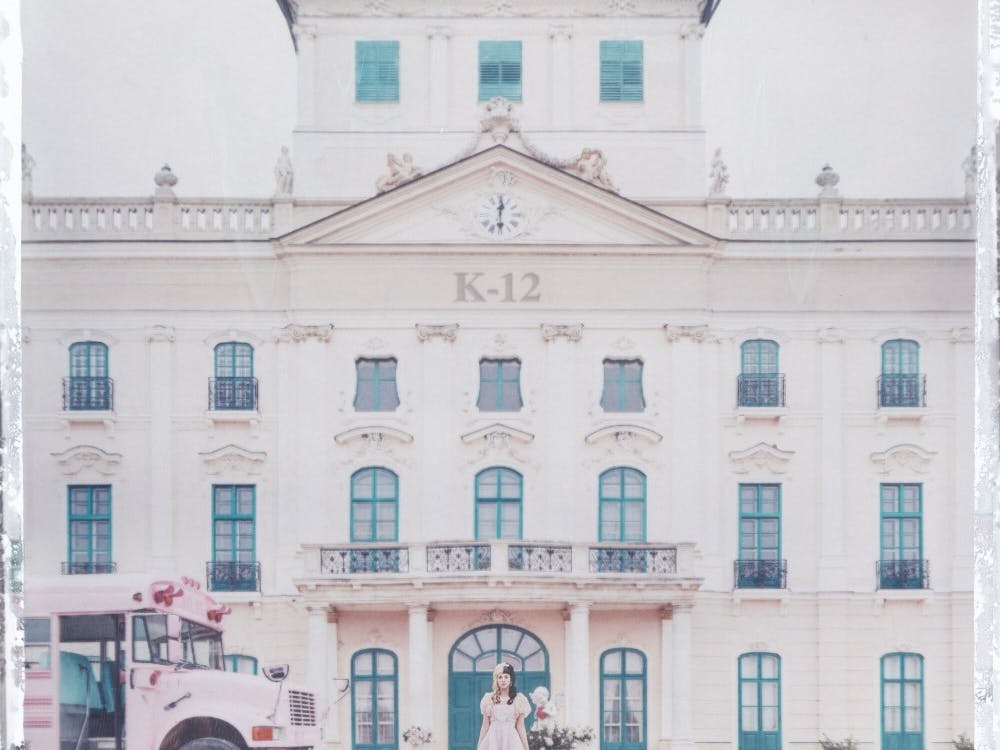 Opinion: Melanie Martinez returns after a four-year hiatus with "K-12 (The Film)"