Malik Ellison dribbles against Miami (OH) at the Convocation Center.

Transfers in college sports has become more common over the past few years. Shortly after the end of last season, the Eastern Michigan men’s basketball program witnessed a slight downfall after several players graduated or transferred.

In total, EMU basketball had to replace nine players before the start of the 2019-20 season, with five of the nine players transferring out.

After coming to the EMU basketball team as a true freshman, Daivon Stephens transferred to Tallahassee Community College. During his one and only season with the Eagles, Stephens averaged 1.3 points and 0.8 rebounds while playing 5.8 minutes per game.

Malik Ellison also arrived at EMU as a true freshman prior to the 2017-18 season. During his first season with the Eagles, he played in 32 games and started in 13. He averaged 2.0 points, 1.4 assists and 13.1 minutes of action per game. However, his sophomore season would be his last season with the Eagles before transferring to Saginaw Valley State University. He averaged 2.2 points, 1.0 assists and 10.5 minutes per game during his last season.

Bud Jones was another true freshman for the Eagles along with Ellison during 2017-18 season. He participated in 24 games during his first season. He averaged 1.0 points in 3.9 minutes per game. Playing in less games during his sophomore season, he only saw action in 11 games. After his sophomore season, Jones decided to transfer to St. Thomas University.

Kevin McAdoo was yet another freshman signee to the 2017-18 roster. His scoring numbers improved during his sophomore season as he averaged 8.6 points, 1.5 assists and 1.1 rebounds while playing 23.2 minutes per game. After a strong showing for EMU, McAdoo was expected to be the leader of the 2019-20 team before he announced his decision to transfer to Bradley University. He will have to sit out a year due to NCAA rules.

Lastly, Tariq Silver was a redshirt freshman for the Eagles. He saw action in 22 games during the 2018-19 season. He had his number called as a starter twice that season and was projected to be a starting guard on the upcoming team. He averaged 3.3 points and 0.7 steals per game. Silver also transferred to Tallahassee Community College, along with Stephens.

“They [transfers] don’t even have to come see their coach before entering their name into the transfer portal,” EMU head coach Rob Murphy said. “That has opened up a whole new can of worms. Either way, we all deal with it. It’s a huge part of athletics. For us, we have to continue to do a great job of evaluating, and I think my staff does a great job of that. You always want to be on top of it to make sure you can be successful through it all.”

As mentioned before, the Eagles have seen five players transfer out of the program, but the team received six transfers along with four other new additions in return for the 2019-20 season. The Eagles were forced to rebuild their roster after losing a significant amount of players, including four players that graduated last year.

Before having to deal with the circumstances of many student athletes transferring out, the Eagles finished the 2018-19 season with a 15-17 record. The team was 9-9 in the MAC. After winning six of the last 10 games to conclude the regular season, EMU participated in the MAC Tournament. However, the Eagles took an early exit in the first round losing to Ball State at home.

Although, it may seem like an inconvenience to any college athletic program, there are a number of different reasons as to why student athletes decide to transfer or switch schools. Transfers could either hurt or help the program, and many transfers go on to make a significant impact during their time with the next school. Eastern Michigan welcomed multiple transfers before the 2019-20 season, which will tip-off on Nov. 8. The Eagles are looking to capitalize from their recent addition of transfers and to see which one will have an impact on the team during the upcoming season. 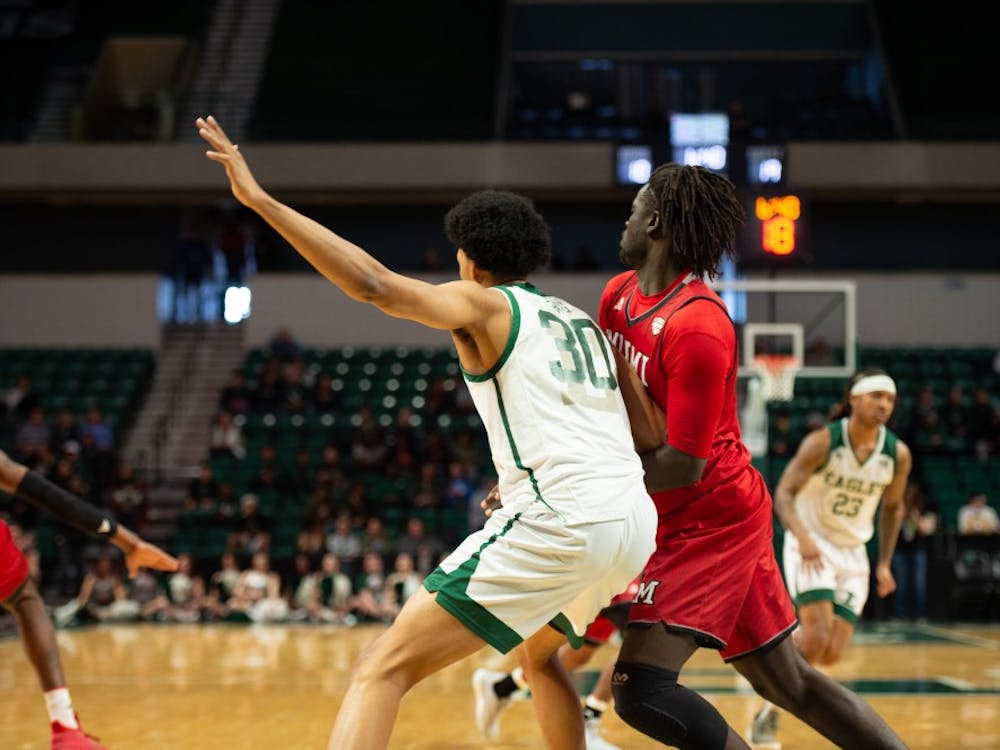