Model and actress Dominique Jackson spoke to EMU students about the show “Pose” and the truth about activism in the LGBTQ community.

Jackson, a model and actress, spoke about her life behind the scenes and her journey to success in the entertainment industry. Students were able take pictures with Jackson and earn LBC credit for attending the event.

The event also held a special EMU student performance by Jason Santino and a pop up shop with the Unicorn Feed & Supply.

Jackson’s open discussion and panel mainly focused on the LBGTQ community within our society. Jackson was able to discuss her own journey throughout the discussion, giving students the real meaning behind her role as Elektra Wintour in “Pose.”

Before becoming a part of the hit TV show, Jackson’s journey wasn’t always glamorous. She was born and raised in Scarborough, Trinidad and Tobago until the age of 18. She was not accepted as a transgender women there. She then moved to the United States, where she was homeless and became a sex worker to survive. She later discovered the LGBT Ballroom culture, and her life has changed since.

“One of my first lessons in life was that was ballroom scene came up to me and save my life,” Jackson said.

Jackson was able to tell students about her success story, including life advice to help them through their own journey.

“We have begun to take these barriers and walls that we self-consciously set up to protect what we think is our thing,” Jackson said. “’Cause the most powerful thing is when you can look at someone and say, ‘You know, whatever you are is okay. Because I see a human being.”’

Jackson wanted to also inform students about the transgender community, specifically trans women and men of color. Even though social media helps bring awareness to the injustice in the trans community, it still doesn’t address the major elephant in the room: the violence against trans people of color. Jackson wanted to let students know that sharing a post or making a comment on social media is good, but they need to be more active in the LBGTQ community, like Jackson, who is a full-time activist.

Overall, Jackson and EMU students were able to talk about the stigma within our society regarding the LGBT community and people of color, as well as discuss her leading role as Elektra Abundance from “Pose.”

Amy Finkenbine, one of the coordinators and hosts of the event, discussed the main message and theme behind the event on campus.

“One big thing we tried to accomplish was to bring that visibility for queer and transgender and people of color,” Finkenbine said. “It can be hard to see yourself represented in different areas. And I think that Jackson and Pose does a great job being that visibility to light.” 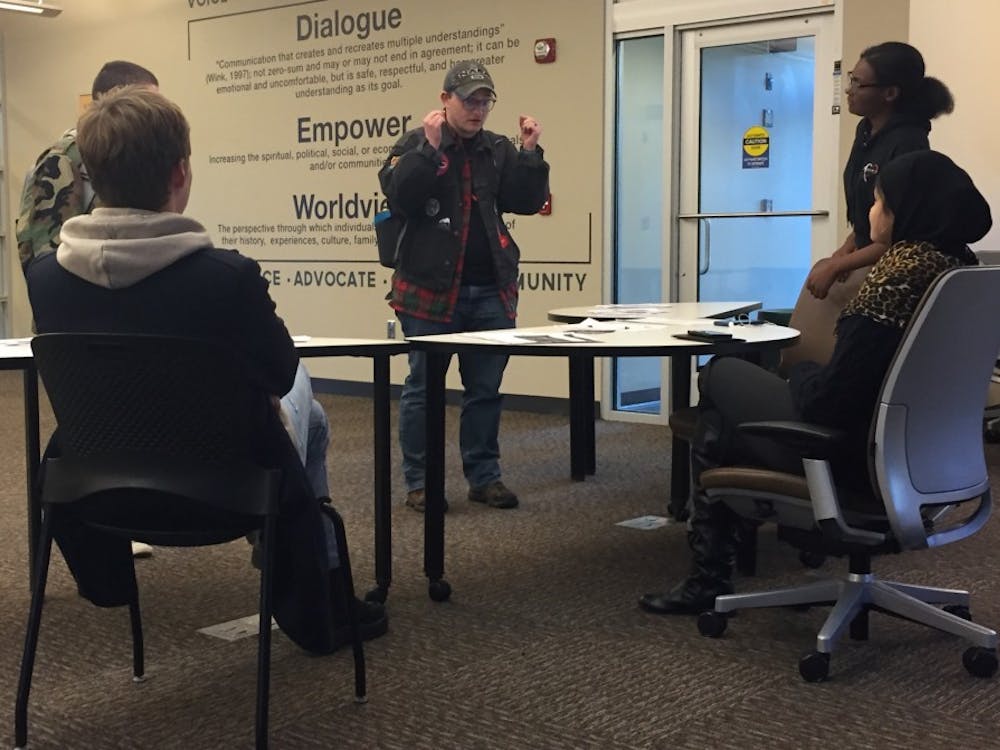