Haley Tausend goes for the ball versus Bowling Green at Cochrane Stadium on Nov. 10.

The Eagles came into the tournament as the No. 7 seed before pulling off two upsets over Ball State and Ohio. Eastern Michigan fell to Bowling Green in a penalty shootout.

The first key moment of the match came with 35:33 remaining in the first half when Bowling Green earned a corner kick. Nikhita Jacob, a junior midfielder from Ann Arbor, took the corner, but the Falcons weren’t able to convert. Kristin Hullibarger, a senior forward for EMU, had the first scoring opportunity, but her shot sailed over the net with 31:12 left.

Eastern Michigan’s first corner kick came about six minutes later as Emma Collins found Hullibarger, but the shot was off again. The Falcons had a pair of chances to score over the next few minutes when Sarah Allen and Nikki Cox pushed the ball forward, but the Eagles defense stood tall as Lara Wheeler picked off the passes.

In the final 20 minutes of the first half, Bowling Green earned two free kicks while Eastern Michigan took one free kick. Lena Kovar attempted to score off the set piece, but the shot was high. Lindsey Shira’s free kick gave the Eagles a chance to score, but the score remained tied at zero heading into halftime.

Eastern Michigan was the aggressor in the beginning of the second half as Nicole Remedios took a shot from the middle of the field, but it was blocked. Junior forward Sabrina McNeill pushed the ball into the box five minutes later. However, she wasn’t able to get a shot off. Shira took a shot with 37:20 left in regulation, but it was wide right.

Bowling Green had a pair of chances to score in the final minutes of regulation as Kovar’s corner kick went out of bounds before freshman forward Kennedy White’s shot with 2:06 left, sailed just high. Peyton Davis, a senior forward for EMU, crossed the ball to Hullibarger. But the Eagles failed to score the game-winning goal.

The match went to overtime tied at zero.

Bowling Green accounted for three corner kicks in the 10-minute extra period. Mackenzie Reuber took the first one, but the Falcons were unable to get a shot off. Four minutes later, Remedios’ had a free kick for EMU but couldn’t convert. Jasmijn Dijsselhof took a corner for BGSU with 10 seconds left in overtime, but the Eagles cleared it.

With the match still tied after overtime, the game went to a penalty shootout to determine the MAC championship. Chelsee Washington put Bowling Green up 1-0 to start as she scored with a shot down the middle. Peyton Davis missed for the Eagles. White scored with a shot high and right to give the Falcons a 2-0 advantage.

Remedios took the second shot for the Eagles and scored. The next four kicks, two from each team, were missed as Katie Cox, Parys Kerr, Nikki Cox and Amanda Cripps came up short. Jacob finally ended the match by knocking the ball to the left side of the goal, clinching Bowling Green’s second consecutive MAC Tournament title.

Eastern Michigan finishes the season on a five-game unbeaten streak. 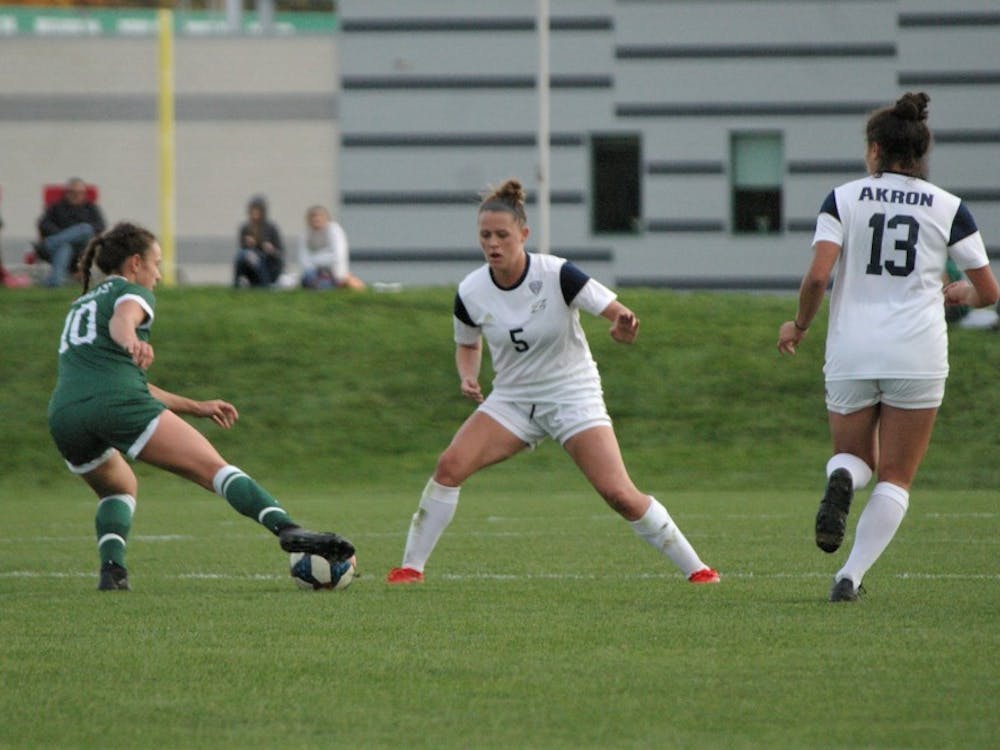 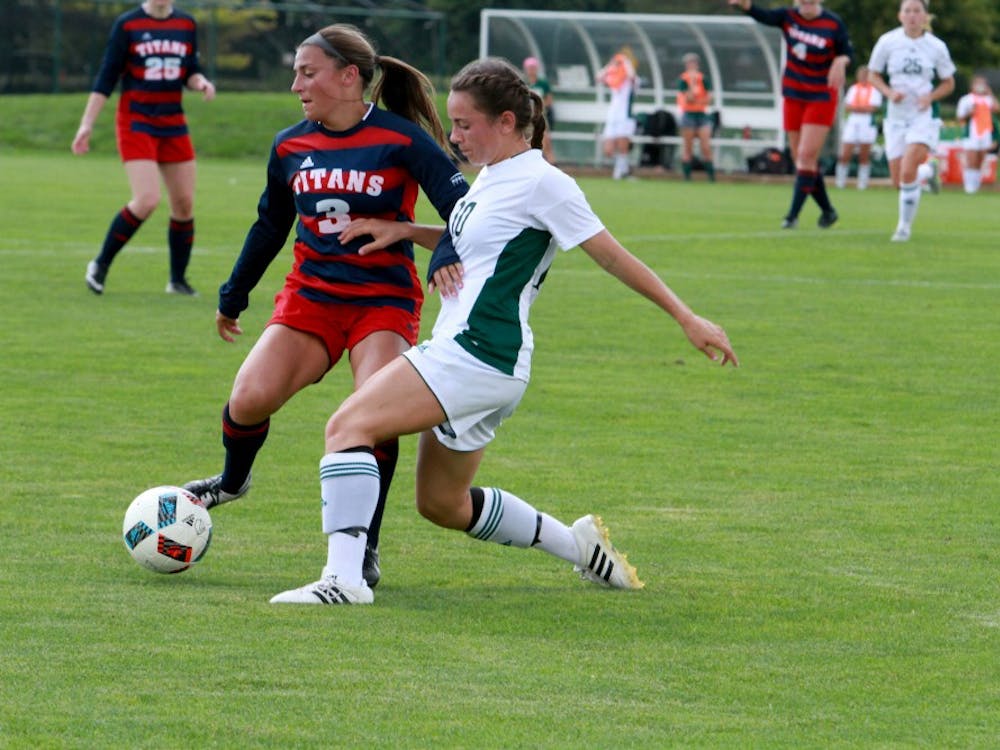