Liz Hornyak: In this week’s news, we have an overview of EMU’s reopening plans for the fall semester. We’ll also discuss some of the controversial changes to Title IX that went into effect on Friday, Aug. 14. I’m Liz Hornyak. This is the Eastern Echo Podcast.

Throughout the summer, Eastern Michigan University has been releasing regular updates via email and social media concerning its plans to operate plans to operate in the fall. On Aug. 7, the Office of the President released a 20-page “Return to Campus Plan”. The new campus public health standards, also known as EMU Safe actions, were developed by the university’s Public Health Work Group. This panel of university staff was first assembled by the Office of the President in early May.

Students can expect their classrooms to be visibly different in the fall. On July 31, a campus update from the Office of the President announced that all classrooms have been mapped by a Geographic Information System. The process determined a layout that would allow for social distancing. In some classrooms, walls have been removed to allow for physical distancing.

All students and employees will also be expected to take part in a daily wellness screening to determine whether COVID-19 symptoms are present in people on campus. A web-based questionnaire will ask about things like fever or chills, cough, fatigue, muscle or body aches, new loss of taste or smell, and other COVID-19 symptoms. Completed screenings will be verified at check-in desks at buildings’ designated entrances. Those who test positive for symptoms will not be permitted on campus, and will be referred to the College of Health and Human Services Telehealth Clinic. This will then follow the CDC algorithm for screening, and recommend subsequent action.

Campus housing and dining will also see some changes. As announced on June 11, EMU introduced the “Single Room Guarantee,” granting single rooms to any student who requests one. Buell and Phelps Halls, which were formerly set to be closed for renovations, will be opened to accommodate the Single Room Guarantee. In Wise Hall, all rooms have been converted to single rooms to limit the number of students using the communal bathrooms. Students living on campus will be assigned a move-in day and time. Each student will be allowed two guests to help them move in, and anyone entering the dorm building will be screened for COVID-19 symptoms.

According to the “Dining Path to Re-Open Plan,” changes to campus dining services may include occupancy limits, contactless interactions, adjusted hours, mobile ordering, and to-go meal options. The plan outlines three tiers of social distancing that the university may abide by. For now, the university has adopted the “Tier 2, Mid-Distancing” guidelines, where dining will involve limited seating, takeaway options, and service by associates.

Back in early May of this year, the U.S. Department of Education released new Title IX regulations. These went into effect on Aug 14. Title IX applies to instances of sexual discrimination within schools that receive federal funding.

The new regulations require that materials that are used to train employees in Title IX be published on the institution’s website. Additionally, in addition to rape and sexual assault, stalking, domestic violence, and dating violence are all officially considered sexual harassment. These examples of sexual harassment were already included in EMU's policies.

Some of the Title IX changes are more controversial. For example, the updated regulations narrow the definition of sexual harassment. Title IX formerly defined sexual harassment as “any unwelcome conduct that a reasonable person would find so severe, pervasive or objectively offensive that it denies a person equal educational access.”  However, the definition changes that “or” to an “and”. Under the updated policy, conduct must be considered “severe, pervasive, and objectively offensive” to be deemed sexual harassment.

EMU’s Title IX Coordinator, Anika Awai-Williams told the Echo, “We would like to make sure that if the regulations themselves are the floor of compliance, we would like to continue to be the ceiling of compliance because the whole point of Title IX, is to address sexual discrimination so it doesn’t displace our students, our faculty and our staff from our institution due to harm.”

Some have criticized the Department of Education for implementing such changes in the midst of the Coronavirus pandemic.

Awai-Williams told the Echo, “We’ve been waiting three and a half years for the Department of Education to release their new Title IX regulations, and when the new regulations were finally [released], unfortunately, they dropped them in the middle of COVID-19 and gave us a very limited amount of time for institutions to make these corrective compliance issues.”

Any instances of sexual discrimination can be reported to EMU’s Title IX Office at emich.edu/title-nine. Individuals may also contact the Department of Public Safety. Students may contact Counseling and Psychological Services, which offers confidential services. CAPS is not required to report to the university or to police.

You can visit the article on our website to read further comments from Awai-Williams concerning other specific changes that were made to Title IX. The article also highlights additional changes that we weren’t able to touch on today, including the scope of “responsible reporters” and the policies surrounding off-campus incidents. 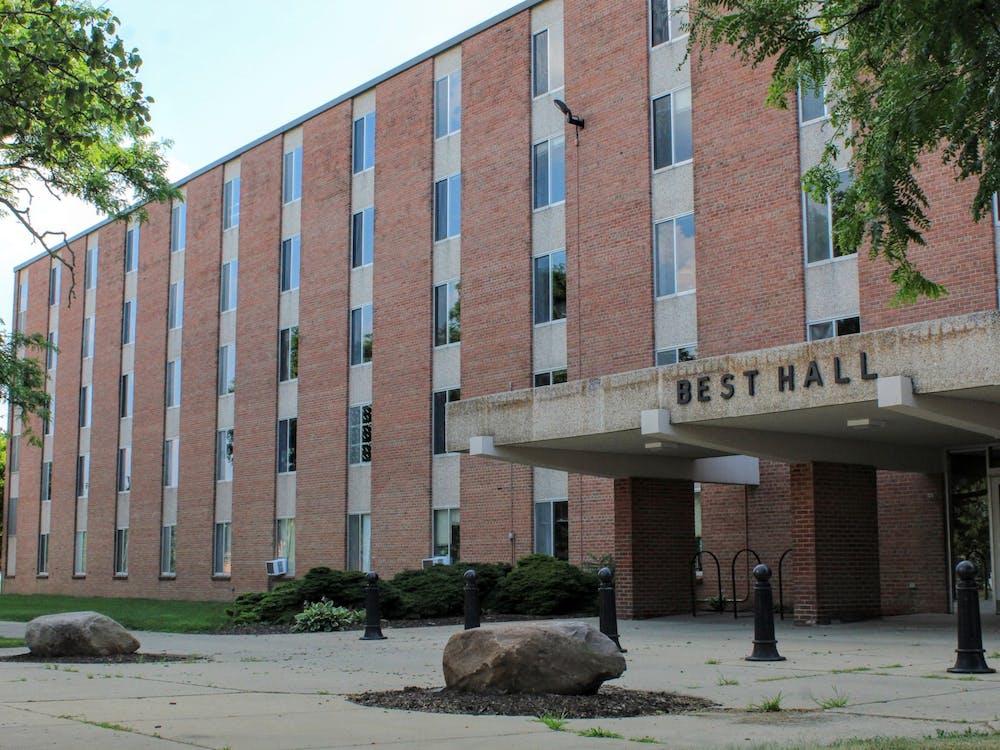