Sturgis is running for Ann Arbor City Council to represent Ann Arbor's First Ward. He shared with The Echo some of his concerns for the First Ward and what he do would if elected to the city council.

Eric Sturgis, an Eastern Michigan University student and undergraduate alumnus, is running for city council member for the City of Ann Arbor. Sturgis is running as write-in candidate against Lisa Disch to represent Ann Arbor's First Ward in the city council. (Photo courtesy of Eric Sturgis)

The announcement was made less than a month before the November general election. Sturgis’ opponent in the race is Lisa Disch.

Sturgis grew up in Ann Arbor’s First Ward and graduated from Eastern Michigan University with a Bachelor’s of Art in History and a minor in Political Science. He is currently a student at EMU in the Master's of Science in Sports Management program.

Sturgis’ priorities if elected include:

Sturgis believes that Ann Arbor’s First Ward does not have enough affordable housing.

He believes that Arrowwood Hills Cooperative is a perfect example of what needs to be implemented in the ward in order to provide his constituents affordable, family oriented housing. Sturgis wants to accomplish this through funding from the Ann Arbor Affordable Housing Fund.

If elected to the council, Sturgis will look to acquiring the Brewer Lot, located at 1680 Dhu Varren Road. He sees the Brewer Lot as a potential location for affordable housing.

Sturgis has expressed his disappointment with the City Council’s settlement of the Barton Green Development lawsuit. He sees it as an irresponsible student housing development and a missed opportunity to build affordable housing.

The council voted seven to four on July 1, 2019 approving a settlement with Indiana-based developer Trinitas Development LLC. The settlement allowed Trinitas to continue with a student housing development project at 2601 Pontiac Trail Road. Sturgis says he would have voted against the settlement.

The Gelman Plume Consent Judgement is a fourth amendment settlement that was first proposed in August as a way to clean up groundwater in the Ann Arbor-area contamination containing 1,4-dioxane. The Gelman Plume Consent Judgement would allow Gelman Sciences to dump toxins collected from the groundwater into First Sister Lake, but not without some regulations put in place.

Sturgis strongly opposes these measures and advocates for the Environmental Protection Agency (EPA) Superfund cleanup as a solution. This program allows the EPA to clean up contaminated sites and forces the parties responsible to either perform cleanups or reimburse the government for EPA-led work.

Sturgis believes that this decision needs to be thoroughly thought over in order to keep the people in the First Ward safe, rather than just accepting this settlement and moving forward.

“This is too important just to get it done . . . This is about an issue that’s been going on for years, and we need to have a supportive decision that’s the most environmentally friendly but also for the health and safety of our community,” Sturgis said.

Eric Sturgis decided to run as a write-in candidate because he believes in what he calls nonpartisan elections. Both Sturgis and his opponent Disch are Democrats, however he does not agree with allowing the primary system to decide who will be on the November ballot. He believes nonpartisan election are the best way to hear all the voices of the First Ward residents.

How to vote for a write-in candidate

When voting for a write-in candidate, a voter must mark the ballot next to one of the blank spaces. The name of the voter does not need to be spelled entirely correct, but it needs to be spelled out close enough for the person counting the vote to be able to interpret the voter's intent.

The general election is on Nov. 3 and all polling places are open from 7 a.m. to 8 p.m. 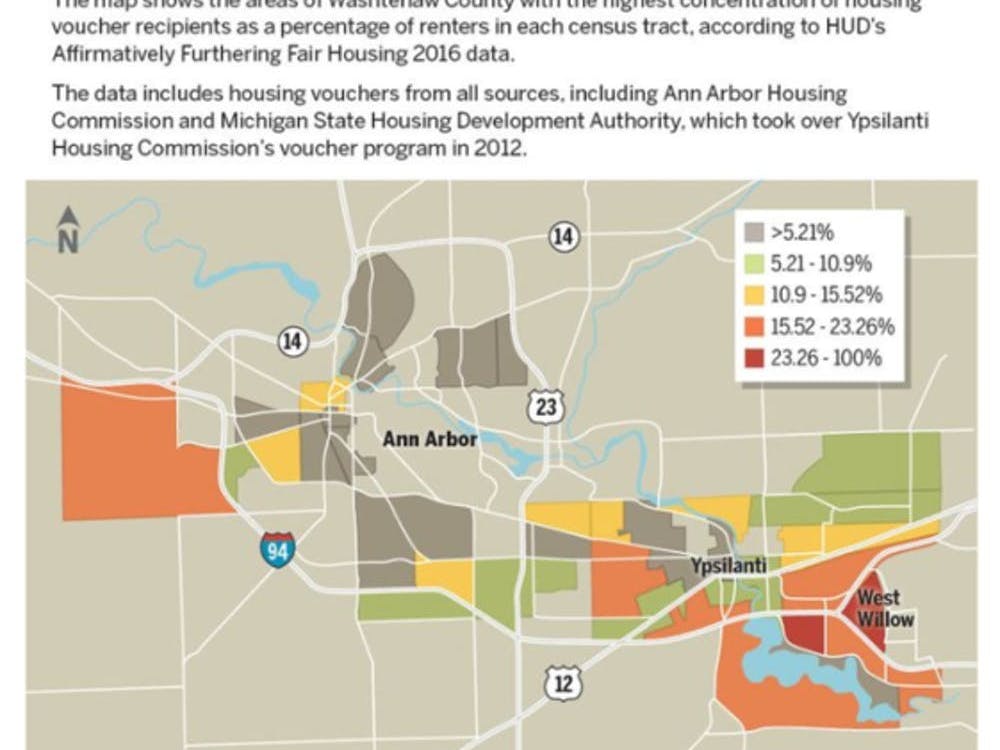