Back in April, Eastern Michigan University had its former running back, Darius Jackson, drafted by the Dallas Cowboys. This was the first drafted player from EMU since 2009. But the question is: Who could possibly be the next potential football player to be drafted into the NFL?

Standing at 5’11 and 217 lbs., redshirt junior punter Austin Barnes could be a potential draft pick. The punter contributed to Eastern Michigan’s win, a 28-25 conference-opening win against Bowling Green State University, which led him to be named the Mid-American Conference West Division Special Teams Player of the Week. Barnes’ punted five times during the game and averaged a season-best 50.0 yards per punt, highlighted by a long of 56 yards, according to EMUeagles.com.

Barnes was named to the 2016 Second Team Preseason All-Mac by Athlon Sports with a season average of 47.6, which ranks fourth in the country and first in the MAC. His career average is 43yrds, which is second all-time in EMU history and his 6,019 total yds. ranks eighth.

A 5’10 and 213 pound running back, Shaq Vann was named 2016’s Third-team Preseason All-MAC by Athlon Sports and was also selected to the preseason watch list for the 2016 Doak Walker Award, which honors the top running back in the nation.

In the previous season, Vann finished second on the team in rushing as he ran for 586 yards on 100 carries and totaled 37 receptions for 269 yards. He was also name EMU’s Offensive newcomer of 2015.

Vann was the lead running back going into the seasons and one of the team’s leading returning offensive contributors. Although, Vann suffered a shoulder injury against Missouri. The injury has caused him to sit out for the rest of the season, but a rebound is expected.

6’4 and 270 lbs., EMU’s first defensive linemen since 2007 to earn All-MAC first team honors. O’Connor did not get on the field in 2015 due to an injury suffered a week before th season started. Going into the 2015 season, he was selected to the watch list for the Rotary Lombardi Award that honors the top lineman and linebacker in the nation, was marked on the Bronko Nagurski Trophy Watch List, and was listed as First Team Preseason All-MAC by Athlon Sports. In 2014, he led the MAC with 7.5 sacks and was fourth in the conference in tackles-for-loss. He was also the fifth player on the team with 64 total tackles.

This year he was named Second Team Preseason All-MAC by Athlon Sports. Although his injury resulted in a quiet 2015, O’Connor has looked to rebound in the 2016 season

Standing at 6’5 and 258 lbs, redshirt sophomore defensive linemen, Jeremiah Harris, was named the Mid-American Conference West Division Defensive Player of the Week due to his performance against Wyoming. He finished the game with five tackles, highlighted by a sack that resulted in an eight-yard loss and blocked a 22 yard field goal attempt seconds before the third quarter ended.
In the 2015 season he sat out due to an injury for all but one game. Harris recorded eight tackles and a season-high five in EMU’s season opener vs. Old Dominion. He also recorded three quarterback hurries, two pass deflections, and a tackle-for-loss. In 2014, Harris was the second freshmen on the team with 31 tackles on the season in total and recorded a career-best of 10 stops.

At 6’5 and 285 lbs., Luke Maclean was named 2016’s Third Team Preseason All-MAC by Athlon Sports. In 2015, Maclean played in 11 games, starting eight and achieved 46 tackles, including a season-high nine versus Ball State. During last season’s game against CMU, Maclean recovered two fumbles, highlighted by a 48-yard return and tied for the team-lead with 5.0 sacks. He was also ranked second on the team with 10.0 TFL’s.

Based on the impressive performance of each of these players, these players look to be potential NFL draft picks. These are players with experience, and that’s why they have cracked this list. More players may have an opportunity to make it to the next level 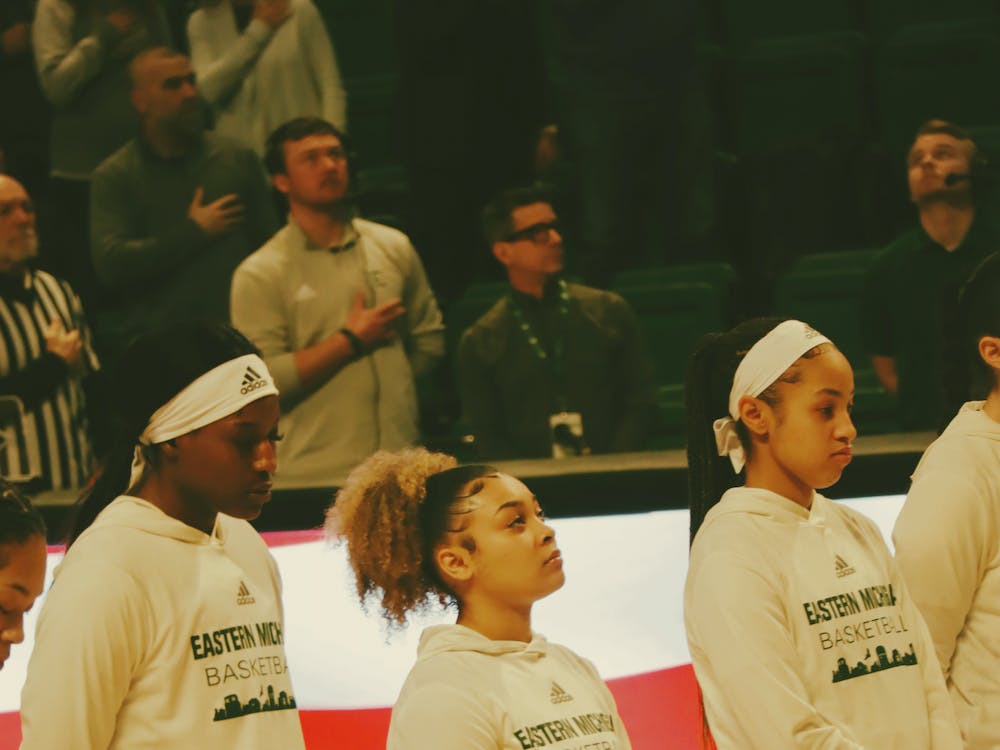