Drawing from personal experience, it seems important to address the shortcomings of some student organizations in terms of creating an adaptable atmosphere that is welcoming of ideas

I had been involved with College Democrats at Eastern Michigan University since 2017, where I served on the E-board, gained access to two formative political campaigns and developed my skills as a campus leader. The organization, however, became exactly what I despised about campus politics and ideology-based organizations: toxic and monolithic.

College Democrats was in flux with its purpose, as many organizations are. We needed to increase membership, provide meaningful resources to those already involved and garner interest on and off campus in order to become a more attractive and effective organization.

We had to engage in activism and punchy advertisement to increase membership and stay relevant on campus as a political organization. Other types of exposure, from my own perspective, were equally as important in forming our organization’s reputation: debate and event-planning with other organizations, volunteer work and providing resources in the greater area’s political communities.

Leaders failed to give weight to multiple facets of the organization because of differences in priorities and ideology, which resulted in the loss of an organization that had the potential to give its members meaningful political connections and leadership abilities.

College Democrats soon became toxic. We experienced turnover by leaders, became susceptible to group-think, broke out into social-media fights and watched ties get cut with other political organizations, including the Michigan Federation of College Democrats and the Washtenaw County Democrats.

The purpose of the organization became a point of contention, between the progressive wing preferring activism and anti-establishment rallying and the moderate wing preferring political discussion and campaign involvement.

Could this rift -- and this loss of an organization -- have been avoided? I argue that it could have, if campus organizations were willing to uphold several tenets.

First of all, by stressing ideological diversity, within reasonable bounds, to a similar extent, they emphasize other kinds of diversity, such as sexual and racial diversity. The more seats at your table and the more welcoming your hosts are, the more attractive your organization becomes to outsiders.

Secondly, by engaging in outreach with other organizations. This includes organizations that seem to have a conflicting purpose. I have always been privy to the concept of a “marketplace of ideas,” popularized by philosopher John Stuart Mill and Justice Oliver Wendell Holmes. If there is a forum for discussing political issues, members feel more safe to discuss these issues openly, and this contention can allow for persuasion, mutual understanding and ideas being thoroughly debated no matter how unpopular to the majority.

Lastly, by vowing to make their organizations truly inclusive, democratic and with clear purpose. Communication, openness to ideas of all members and mutual trust can allow leaders to make their organizations flourish with new members, an aggregate of ideas and a healthy balance of power. The more involvement you allow general membership, the less prone to totalitarianism you, as a leader, become.

These goals are unmistakably broad -- and may sound incredibly simple -- but tenets like these often get forgotten in a thirst for power or in a desire to do good through that power. Intentions are not always as important, however, as impact.

My personal struggles within my student organization over the last several semesters are testament to the need for organizations of a similar purpose to expand their breadth beyond ideological purism and reflect truer intellectual diversity, more extensive purpose and the encouragement of participation by general and community members.

Meaningful political participation involves more than challenging authority and creating a rallying cry -- it also entails cooperation, open debate and the freedoms of expression and association that come with it. To heal the divide in our country at large, we can start by securing a marketplace of ideas on our campus, and especially within our student organizations.

Antithesis of Inclusivity: The Push Toward Changing the Climate of Greek Life 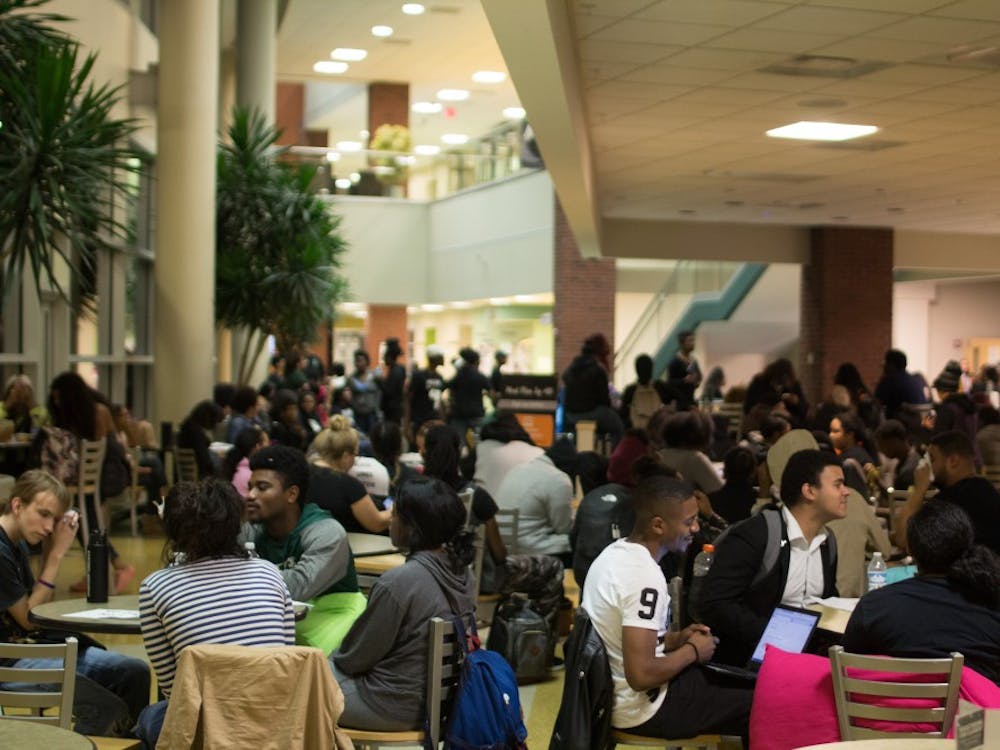