Planned Parenthood Next Generation did a peaceful protest on campus Oct. 9.

This story was updated upon learning more information at 12:54 p.m. on Thursday, Oct. 24.

The following article may be sensitive for some readers.

The organization Created Equal displayed graphic content, such as posters and a video that depicted a dead fetus, on Wednesday, Oct. 9 at Eastern Michigan University’s campus.

Every year the organization stages a protest on abortion on the south side of campus next to Porter and King Hall.

Students received an email from the university a day prior to the event to warn them of the display. Members of Student Government provided students with information on how to avoid the area if they did not want to see the display. There were also members of Planned Parenthood Next Generation as well, directing students away from the area

One major difference this year compared to previous years is the inclusion of a jumbo-tron. This in-turn got a wide variety of reactions from students. One student was seen crying because of the posters and the video on the jumbo-tron. Another student knocked over a poster of one of the fetuses and was approached by two EMU police officers.

Members from Planned Parenthood Next Generation were also present to conduct a peaceful protest alongside Created Equal, letting passersby know about the video being shown.

Lexie Hall, an intern for Created Equal, said the group tries to bring the jumbo-tron wherever they go.

“It’s just adding to the victim imagery and actually displays an abortion taking place,” Hall said. “We bring that wherever we can.”

Hall said the group understands the controversy regarding abortion and are prepared for the push-back towards them.

“We’re ready for that,” Hall said. “We understand abortion is a controversial topic, and people from both sides are very passionate about what they are standing for.“

We know that we are on the right side of it, and we believe we are standing up for human rights. We believe it is always wrong to intentionally kill human beings, so we can stand on that and know that we are protecting human life.”

One student expressed concerns over having to see such graphic images while walking to class.

“It’s a little unpleasant,” she said. “I was having a great day, and I was walking to my class and I’m seeing signs and stuff like this. It’s a little disturbing …. I get what their argument is, but I feel like showing to everyone in such a strong way isn’t the best approach. It might make their argument seem really bad.”

Another student said he thinks it’s good to show people what abortion actually looks like.

“I think it’s good to show what it is,” he said. “I know people might not think it’s great to see, but sometimes things aren’t always nice to see.”

Student Government Senator Reid Scott said he is a big supporter of an individual’s right to free speech.

“I get it, it’s graphic, but our first amendment right wasn’t made so we can talk about the weather … a lot of people are very ungrateful when it comes to that true freedom. Freedom is a two way straight. This is the most beautiful display of liberty. These two groups in general across the country very rarely ever stand like this next to each other … this is beautiful. This is what freedom is.” 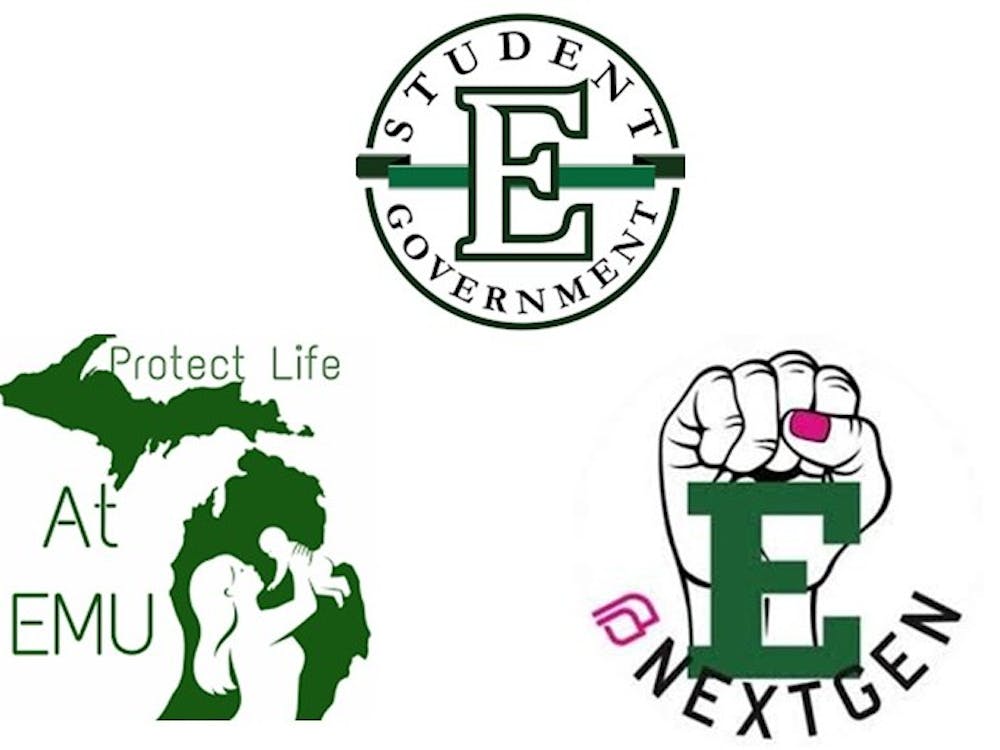 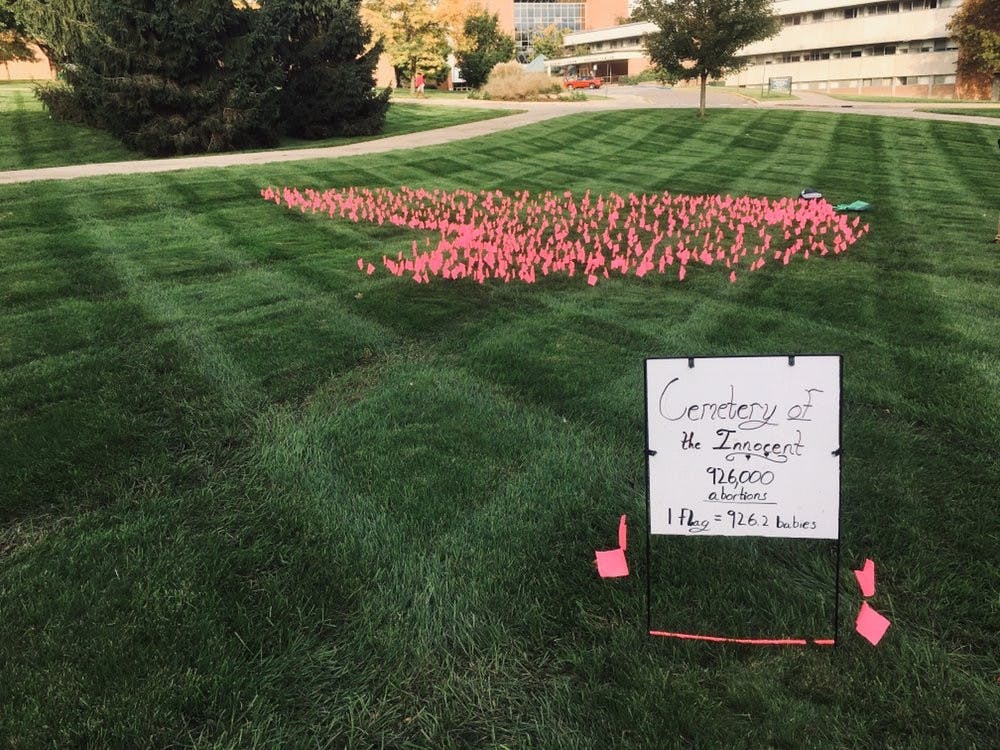