The defensive lineman in his second season with the Eastern Michigan University Eagles.

Ty Eddington, an EMU senior and defensive lineman, was hurt just a few days before the team's season opener against Coastal Carolina on Saturday, Aug. 31. He now says he is ready to be back and in the rotation on the EMU defensive line.

"It's a great honor to be back. I missed a lot of great and fun games that they've played," Eddington said. "Now that I'm back, I'm hoping to put my best foot forward and give the boys everything I got for this program."

The last game that Eddington started was in last year's Raycom Media Camellia Bowl against Georgia Southern. In his 11 games played during 2018, he had 22 total tackles. Eddington also posted an eight-tackle game on Oct. 27 versus Army last season.

"Ty was injured I want to say the Thursday before Coastal Carolina and then was out for seven or eight weeks if you include the bye," said EMU head coach Chris Creighton. "We missed him, it's been great having him back. He has the ability to be a dominant player on the inside. At this time of year, especially guys inside, it takes a toll. So having another person to rotate in there and hold it down is a big deal."

The end of the season will be a final stretch of conference play for the Eagles in November. Eddington has been waiting to play with the team who's looking for a bounce back game following a road loss in overtime to Toledo on Saturday, Oct. 26.

"Right now we have to wash it and move on to Buffalo," Eddington said. "We have to focus on the task at hand. It's never a great deal when losing but we have four more games to play."

Eddington started out in California playing at East Bakersfield High School then stayed close to home after graduation to play college football as a Bakersfield College Renegade. He transferred to EMU after the 2017 season and was named the Defensive Newcomer of the Year by the E-Gridiron group in 2018. In 2019, Eddington looks to cap off a season that hasn't gone his way so far because of injury.

"Being out was not easy. Missing a half of season has really taken its toll on me," Eddington said. "I promised my boys that once I got back on the field, I would give everything I got."

Eddington will be playing snaps as a senior and grinding to help the Eagles reach a second straight bowl game. From what he has seen through eight games, it's that his team hasn't given up despite a 1-3 conference record.

"We're never going to quit, it's never even a question in our mind," Eddington said. "It's just something (reaching a bowl game) that should be a standard for us now."

Eastern Michigan will face the Akron Zips then Northern Illinois Huskies in road games after the home matchup with Buffalo on Saturday, Nov. 2. The regular season will end at home for the Eagles when they play Kent State on Nov. 29. 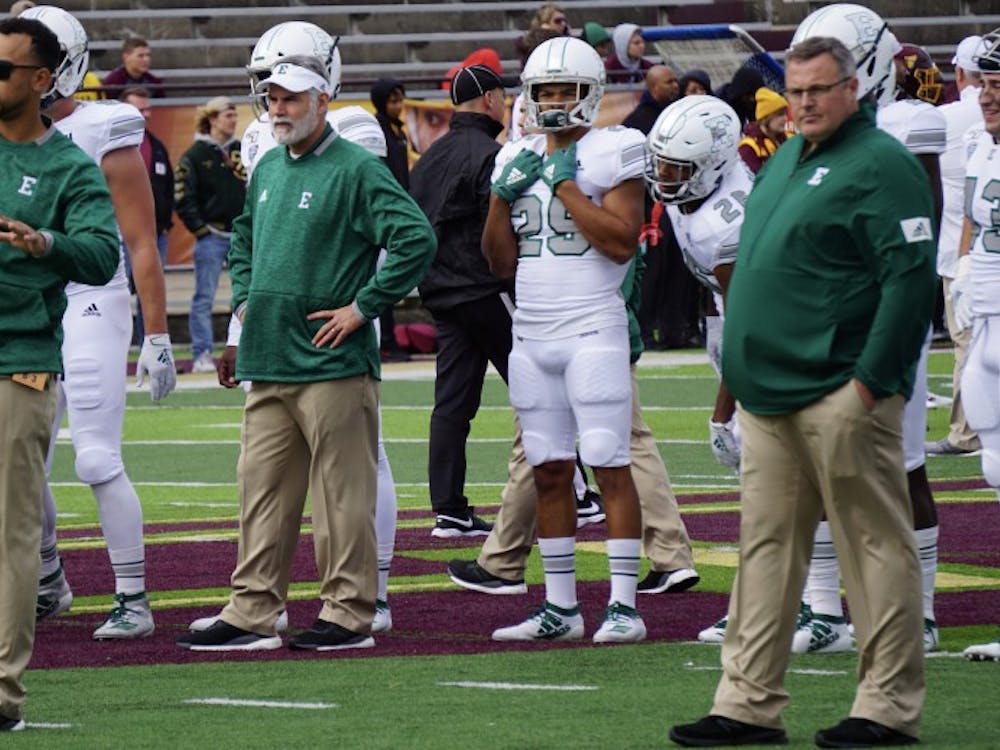