The Eastern Michigan Eagles (9-9, 4-3) women’s basketball team came back from losing against Central Michigan last Wednesday, Jan. 22 by taking the win against Northern Illinois (5-13, 1-6) on Jan, 25. This was a home game as the Eagles celebrated National Women and Girls in Sports Day and the victory. This is the women’s first win against Northern Illinois since March of 2018.

This conference battle saw 12 lead changes and eight ties in the 40 minutes of play. The Eagles were determined to win and did so while continuing some individual game streaks. Jenna Annecchiarico, the sophomore point guard attained five assists. She now has 11 games registering three or more assists this season.

Corrione Caldwell, the junior forward from Cleveland, had no problem taking away four steals, leading her into her ninth straight game with at least one steal. Fellow Junior Juanita Agosto wrangled in seven rebounds, which ties her season-high. Even though the Eagles got off to a slow start, they were relieved when Courtnie Lewis drilled in a triple assist accompanied by teammate Areanna Combs.

Combs played hard through the third quarter, including steals that led the Eagles to scoring 10 points in the paint. EMU took the lead with only 3:42 left in the third quarter, before pulling away in the fourth quarter. The Eagles outscored the Huskies, 16-11, in the final period, giving Northern Illinois their 13th loss of the season.

The women’s basketball team will be back on the court for Toledo’s midweek #MACtion on Wednesday, Jan. 29 in Toledo at 7 p.m. The Eagles, who have been playing much better of late, are 7-3 in their last 10 outings and have gotten back to .500 on the season. EMU is now 4-3 in the MAC and 6-3 on their home floor. 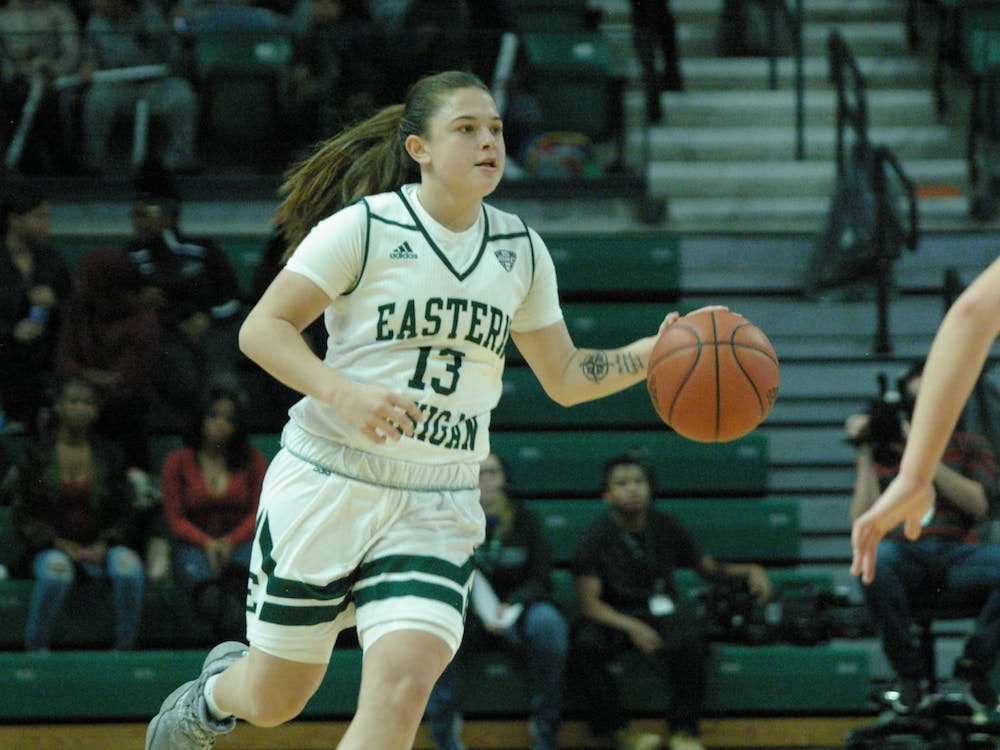