By Fenrik Goerlitz
Pamela Mohar
The Riverside Arts Center in downtown Ypsilanti is hosting the exhibit Glyph: The Diversity, Complexity, and Aesthetics of Language for the next month.

I recently went with some friends to the opening reception of an art show at Riverside Arts Center, located at 76 N. Huron Street.

The show was titled “EMBRACE - The Black Experience.” It featured work from about a dozen black artists, as well as work from high school students at Ypsilanti High School.

Running through the end of this month - Black History Month - EMBRACE is a testament to black history by showing documentation of “the black experience” through art.

Some of my favorite pieces in the show were made by Sport Jackson. One of those pieces was a sculpture, made out of a radiator. Sport didn’t tell me how he had manipulated the radiator into the form he wanted, but he did tell me about some of the meaning behind the piece.

It was titled, “Black America." Sport had carved out of the radiator a clenched fist - an iconic black power symbol. Imposing, powerful, and sturdy are all words which come to mind describing the piece. This inanimate object seemed to carry life in it. This hunk of metal, heavy, rusted and rough-looking, carved into a beautiful, refined hand.

Sport had engraved the number 6 into the lower part of the palm. He noted that it was an important part of the piece and that he hoped for viewers to always look closely at his art so that they could identify his little touches.

The 6 represented the idea of a sixth sense, one beyond the five we normally identify ourselves with. To Sport, this sixth sense was a type of love and learning passed down by women. He mentioned slavery and how he thought that black women had kept black men from breaking. He said that even now, older black women have knowledge and love running through their blood that younger people need to listen to.

Sport was one of the older artists featured in the room. Across the gallery was some of Jason Johnson’s artwork. Jason is in his early 20s and had three oil paintings in the show. Each one was centered by a pink background, had multiple hands in them, and carried an aura of beauty.

At the peak of the reception, there were about 75-100 people in the gallery. Guests included families, students, and old friends. There was a sense of community, and it was all centered around showcasing and celebrating black artists. This sense of community is amazing and necessary in such a bleak and divided time in history.

I urge you to support organizations like Riverside Arts Center. Go to exhibits, go learn how to swing dance, and go meet new people every Saturday at the Ypsi gathering space. Volunteer, tell your friends, and talk about Riverside. Be an active part of the community you live in. 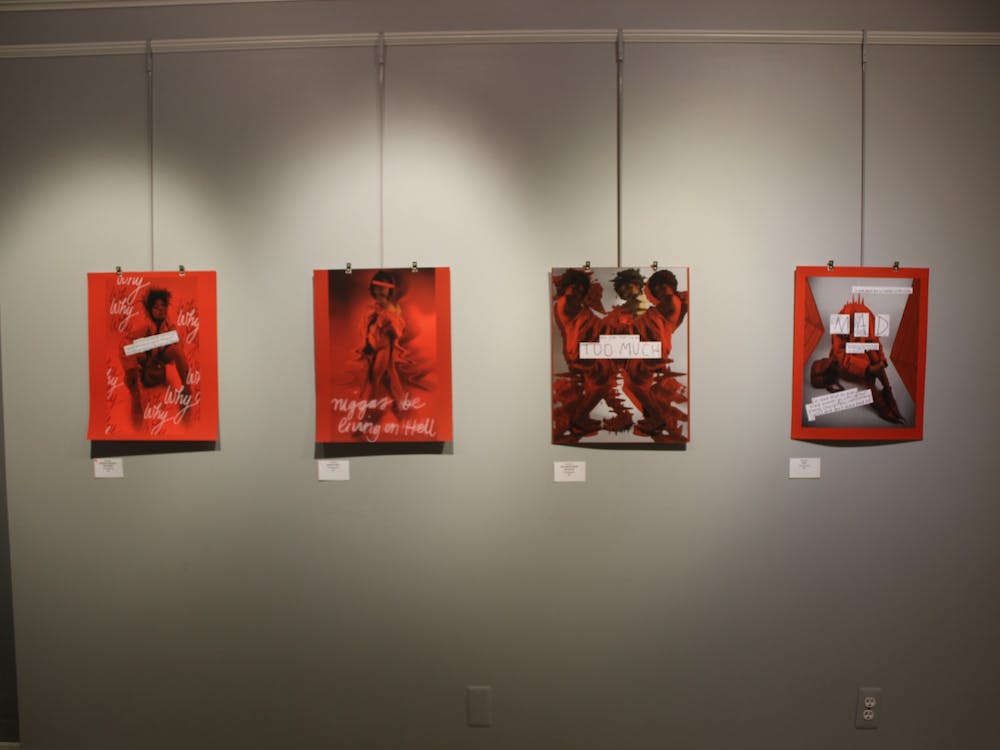