The Eagles outscored Toledo 24-10 in the paint.

“We played well together for 40 minutes. A lot of credit to Yeikson Montero. He was able to get to the basket. He was able to step outside,” said EMU head coach Rob Murphy. “A lot of the credit also goes to Boubacar (Toure). He played a strong 39 minutes. He plays huge inside. Big win, a long time coming. We’ve continued to believe. Today we look at it as 1-0.

The game got going with a 3-pointer from Toledo’s Marreon Jackson. After that, though, the Eagles responded with an 11-3 run, including three 3-pointers. In that span, Thomas Binelli, Ty Groce and Montero knocked down threes. Toledo answered on the other end with a quick 5-0 run of their own as Luke Knapke finished a lay up to tie the game.

Ty Groce responded for EMU, connecting on a mid-range floater to regain the lead for the Eagles with 10:00 left in the first half. With 3:24 left in the half, Toledo’s Dylan Alderson attacked the rim and finished a floater, giving the Rockets a 23-21 advantage. Two minutes later, Montero hit another 3-pointer, this time pulling the Eagles within one point, 25-24.

Neither team would score in the final 1:24 of the first half and the Rockets went into halftime with a 25-24 lead behind Alderson’s team-high seven points on 50% shooting from the field. Boubacar Toure had a game-high 10 points and five rebounds on 62.5% shooting. Despite losing at the break, EMU was shooting 50% from 3-point range, compared to Toledo’s 41.7%.

In the second half, Darion Spottsville put the Eagles back in the lead with a tough finish. Montero continued to drive the ball as he finished through contact, putting EMU up 35-33. With 12:45 left in the second half, the Eagles held a 41-40 lead, but then Montero caught fire and helped Eastern Michigan quickly build an 11-point lead.

Montero scored 20 points in the second half alone but the Rockets refused to go away and Jackson knocked down a deep 3-pointer with 41.7 seconds left, cutting the Eagles lead down to 61-57. Toledo had chances to score down the stretch but Groce and Montero locked down on defense. EMU held on for the 61-57 win, snapping a seven-game losing streak.

“Yeikson was aggressive to start. I thought the last week and a half, and it started in practice, he was relying on the 3-point shot. I told him that I was going to put him in the post area,” Murphy said. “He started inside and worked his way out. Every time he made a bucket, it was needed, especially that big three when the game was in the balance.”

Murphy also discussed the Kobe Bryant tribute that occurred prior to the game: “Obviously it was a tragedy. I’m a huge Lakers fan. Just understanding his desire and passion. This was a huge thing in the world of basketball and the world in general. I was really fortunate to actually meet him and watch him on several occasions which I’m forever thankful for.”The Eagles will have two days off before returning to the court on Tuesday, Feb. 4 at 7:00 p.m. versus the Buffalo Bulls at the Convocation Center. Montero, who is averaging 9.6 points and 2.6 rebounds, will look to continue his strong play versus the Bulls, who are 14-8 on the season.

“It was a great night,” Montero said following the win over Toledo. 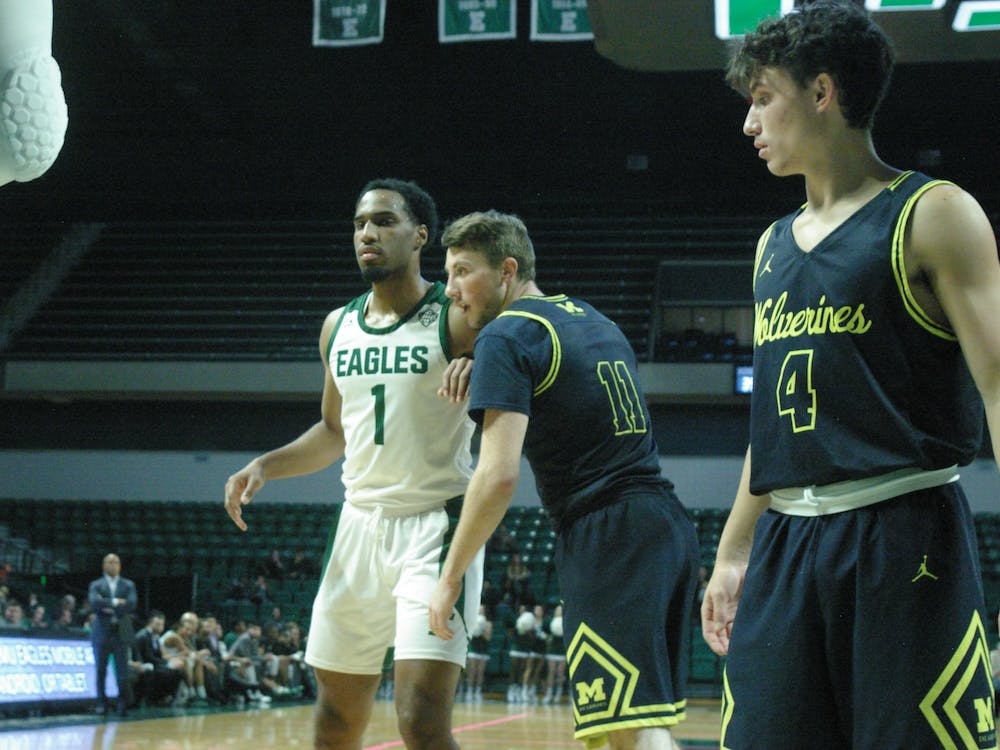