The MAC Tournament was cancelled following the COVID-19 outbreak.

The MAC Tournament was scheduled for March 12 at Rocket Mortgage Fieldhouse.

The NBA announced that they were going to suspend the regular season indefinitely on Wednesday, March 11, after Utah Jazz center Rudy Gobert tested positive for the coronavirus (COVID-19). According to World-o-Meter, the United States has 1,412 cases of the virus, which has resulted in 40 deaths. There are 133,084 cases worldwide. The NBA’s decision sent a domino effect through the sports world, including the 2020 MAC Tournament in Cleveland.

The men’s basketball tournament was scheduled to resume on Thursday, March 12, as Akron and Ohio would face off at Rocket Mortgage Fieldhouse at noon. Ken Mather, MAC associate commissioner, announced that the game would be pushed back an hour and MAC commissioner Jon Steinbrecher would hold a press conference at noon. The announcement came at 11:32 a.m. Around the same time, the American and Big Ten announced they’d cancel their respective tournaments.

Just before Steinbrecher’s press conference began, the Akron and Ohio players and staff were told to leave the court and reportedly had their temperatures taken. A second announcement from Mather arrived at 12:05 p.m., announcing that the MAC had decided to cancel the men’s and women’s basketball tournaments that were scheduled to be played over the next three days. Steinbrecher’s press conference officially began at 12:13 p.m.

“We’ve been paying attention to what is going on around us. Both in the world in large and the sports world. We’ve seen a number of conferences decide to cancel. We’ve come to the same conclusion and we’re going to cancel our event,” he said. “It’s incredibly disappointing in terms of the kids being able to compete further. From a public health standpoint, this seems the appropriate course of action.”

Steinbrecher went onto talk about how the final decision was made: “I’ve just fairly recently made the decision that it would be appropriate to no longer continue the event. This has been done in consultation with our presidents and directors of athletics. We’ve been in communication for well over a week with different actions that people were taking. It’s a decision that we had to make.”

After Gobert tested positive for the coronavirus, the other Jazz and Oklahoma City Thunder players were tested as well. Donovan Mitchell was the only other player that tested positive. Utah played the Cleveland Cavaliers at Rocket Mortgage Fieldhouse on Monday, March 2. Len Komoroski, the CEO of the Cavaliers and Rocket Mortgage Fieldhouse, explained that five events have occurred in the arena since the Jazz played there.

“We go through an extensive sanitation process after every event. There have actually been five events since the Jazz have been in town prior to the MAC Tournament so that process has been repeated,” Komoroski said. “From what we’re understanding, based on the incubation period, where symptoms appear, and given the length of time from when the Jazz were in town on March 2 until when last night occurred, it would suggest that the risk is very low.”

As the coronavirus continues to spread around the world, people seem to fear a financial crisis because many are avoiding contact with others. Komoroski also touched on the Rocket Mortgage Fieldhouse employees: “As it pertains to our part-time workers, ushers, ticket-takers, security and others who would have worked the event, they will be compensated as if they had worked.” Two employees told me they weren’t allowed to comment on the situation.

“I had discussions this morning with the director of the Cleveland Board of Health, as well as the Cuyahoga County Board of Health. We discussed further protocols with our student athletes as we ultimately came to a decision,” Steinbrecher said. “I have no knowledge of a similar situation, at least not on this scale. I’m focused on the job right now. We’re disappointed on many levels, especially for the student athletes and fans.”

As for how it impacts Eastern Michigan athletics specifically, the Eagles women’s basketball team was scheduled to play in the MAC Tournament semifinals on Friday, March 13, versus Kent State. EMU athletic director Scott Wetherbee discussed the situation: “It’s the right thing to do. You have to make those tough decisions and I just feel bad for the student athletes. Breaking the news to coach Castro, it’s heartbreaking to do that but they understand.”

Wetherbee continued by discussing how it may impact spring sports going forward: “Life is bigger than athletics and a game, and we have to keep that in mind. At the end of the day, when you air on the side of caution, to me that’s the safest way to do it. I think that (spring sports) is the next discussion. I know some of the conferences have come out and said we’re not going to have spring sports. We’re having those discussions.” 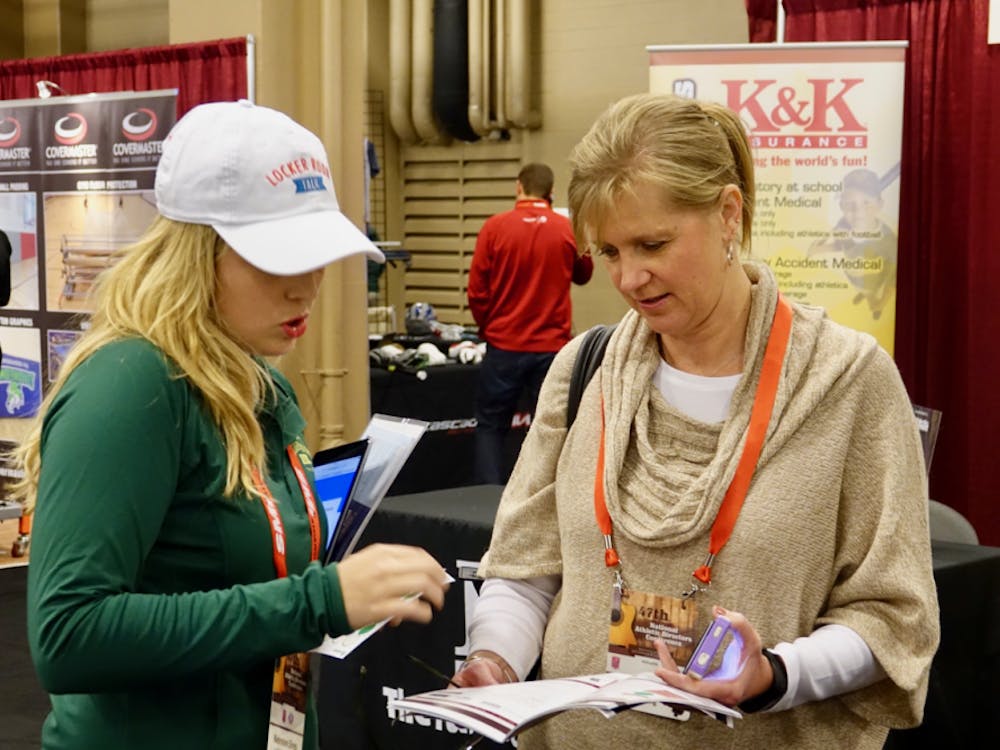