The Eagles were scheduled to play in the MAC Tournament semifinals.

The Eastern Michigan Eagles (16-15, 9-9) women’s basketball team had their season end, as all others did, due to the Coronavirus (COVID-19) pandemic. The Eagles were competing in the MAC Tournament in Cleveland the day before the tournament was cancelled on Thursday, March 12. EMU was set to play the following day.

The Eagles had a very up-and-down season, which began with an 85-50 loss versus Michigan State on Tuesday, Nov. 5. EMU struggled to start the season before winning five games in a row to get to 7-6. Those victories came against Purdue-Fort Wayne, Illinois-Chicago, Detroit Mercy, Bowling Green, and Kent State.

EMU also had an impressive win on Saturday, Jan. 25, versus Northern Illinois at the Convocation Center. It was National Women and Girls in Sports Day, and the Eagles came away with a 62-55 victory behind a balanced scoring attack. Autumn Hudson led the way with 13 points and 10 rebounds, while Areanna Combs added 10 points.

Eastern Michigan’s final regular season win came on Saturday, Feb. 29, against Toledo. Combs continued her scorching pace as she dropped 15 points, five assists, and three rebounds. Corrione Cardwell had one of her best performances of the year as well, scoring a team-high 19 points. Courtnie Lewis added 12 points and two 3-pointers.

The Eagles finished the regular season a respectable 9-9 in the conference but were just 14-15 overall. But then they began the MAC Tournament, and all of a sudden, EMU was two wins away from reaching the NCAA Tournament. In the first round of the tournament, the Eagles topped Northern Illinois, 76-69, behind Combs’ team-high 23 points.

EMU went to Cleveland for the quarter finals and were expected to lose to Ball State, who was the No. 2 seed coming into the tournament. Instead, the Eagles pulled out a close upset, winning 64-63. Combs had 23 points, four rebounds, and three assists in the victory. Lewis had 20 points and Jenna Annecchiarico had 11 points and five assists.

It was a huge win for the Eagles, which meant they would face Kent State in the semifinals on Friday, March 13. The winner would go on to face Ohio or Toledo in the championship game on Saturday, March 14 at Rocket Mortgage Fieldhouse in Cleveland. The tournament was officially cancelled on Thursday afternoon though.

“We’re fortunate that we were playing well but we have no seniors. I’m thankful for that. Breaking the news to coach Castro, it was heartbreaking to do that but they understand,” said EMU athletic director Scott Wetherbee. “This is where life is bigger than athletics and a game so we just have to keep that in mind.” 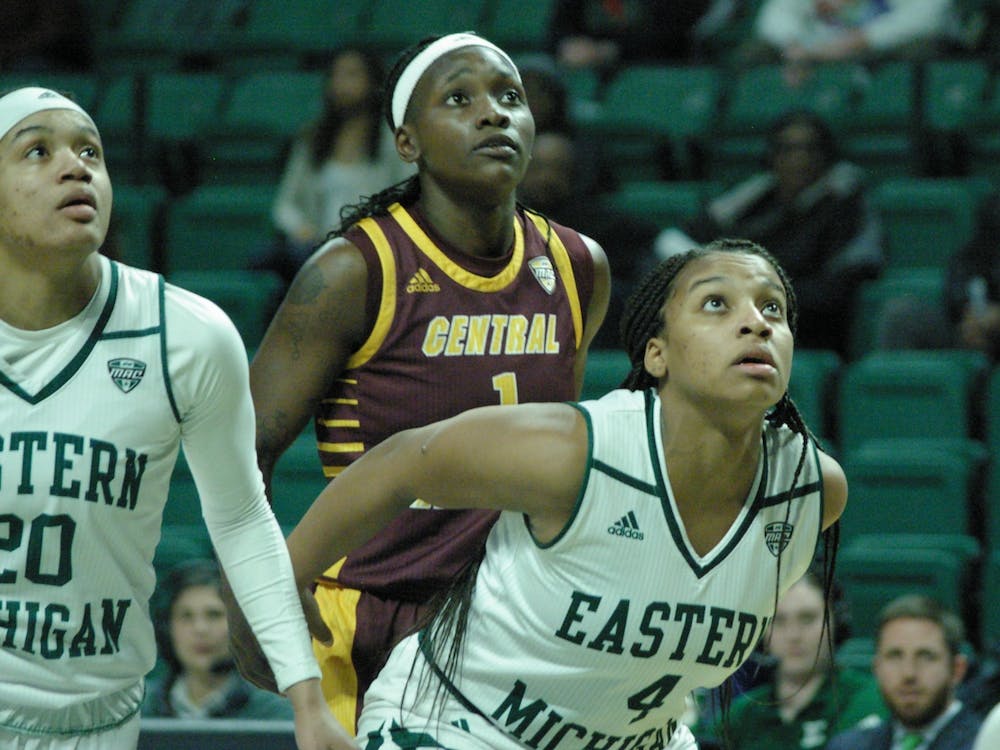