Lately, many have claimed that protests over the death of George Floyd that are turning into riots won’t change anything, and that they disrespect his death. Our president has called protestors “Thugs,” mayors of cities have denounced them, and pop culture figures like T.I and Tyler Perry have called for rioting to stop.

Most of them follow the same basic line of reasoning. George Floyd was killed wrongly and institutionalized racism is real, but please don’t endorse violence. Violence never really changes anything. You’re disrespecting Floyd’s life by burning and looting in his name. Something about what’s “wrong or right” in this world is tossed in, along with an MLK quote. Sometimes they even say “I empathize with rioters.”

I personally do not condemn those who burned down a courthouse in Nashville, destroyed a precinct in Minneapolis, and defaced confederate statues across the south. Don’t look down upon those who broke into outlet stores, national chains, and spray painted “black owned business” on shops to be spared. I think these protestors are ensuring that Floyd’s name is written down in history books. They’re ensuring that people start changing.

By destroying a courthouse, one states they have no faith in our broken legal system. That they do not agree with the school to prison pipeline, mass incarceration, racial profiling, police officers getting off the hook, and such. Instead of waiting for their representatives to convene and change things, they take matters into your own hands. They show they are not to be trifled with, that they will not be satiated with only promises. It is very literally demonstrated that George Floyd’s life mattered, and black lives matter right now.

By destroying a precinct, protestors show resistance to continually putting up with racist cops. They’re not satisfied with only Derek Chauvin being arrested, nor with the charge of third degree murder. And they’re in disbelief that there were 18 previous complaints filed with the Minneapolis Police Department's Internal Affairs regarding Chauvin before he murdered George Floyd.

Because of that lack of satisfaction and an increasing amount of disbelief, protestors sent the protectors of a city running away. Fleeing in squad cars bought with tax dollars. The power dynamic changed in that moment. No longer could the police subdue protestors, protestors subdued them. No longer did the police work against protestors, cops worked for protestors. And have no doubt! Those facts are very important; power is what these clashes are all about. Power is what Derek Chauvin had when he knelt on George Floyd’s neck. Power is what the people have when they organize and show police, that police will not police anything without the people’s consent.

By defacing confederate monuments, protestors reminded Americans what century we’re living in. It’s the one where all people are considered to be equal, not the one where slaves are considered to be three fifths of a person. So it’s a worthy question then, to ask why there are still monuments standing that are devoted to men who upheld slavery and fought for it as a necessary thing to enable economic prosperity? Protestors asked themselves that question, and decided that statues devoted to Confederate war heroes don’t have a place in our society. So they sprayed graffiti on them to bring attention to that idea.

And again, it’s all about power. There have been cries to remove confederate war statues for years. But the people wanting them to stay have more power and political clout than the ones who want them removed. So in face of that, protestors flipped the script. When they gathered by the hundreds in front of the monuments, they had the power.

By reminding the United States that the people hold control over this country, protestors are undoubtedly creating change. As conservatives dismiss them, liberals say they sympathize but don’t support them, and our president deems them “thugs,” attention is kept on George Floyd. Right now because of unrest in America, the rest of the world is currently learning his name. They are learning through him, of the injustice in America. Americans themselves are being constantly reminded of who has privilege and who doesn’t with consistent coverage of protests. If people keep protesting, all of the world will remember his name. Change will be enacted quicker as legislators, mayors, governors, and our president realizes who holds power.

Protestors really haven’t tarnished George Floyd’s legacy in any way. They’ve provided ample space for it to grow and be sustained. 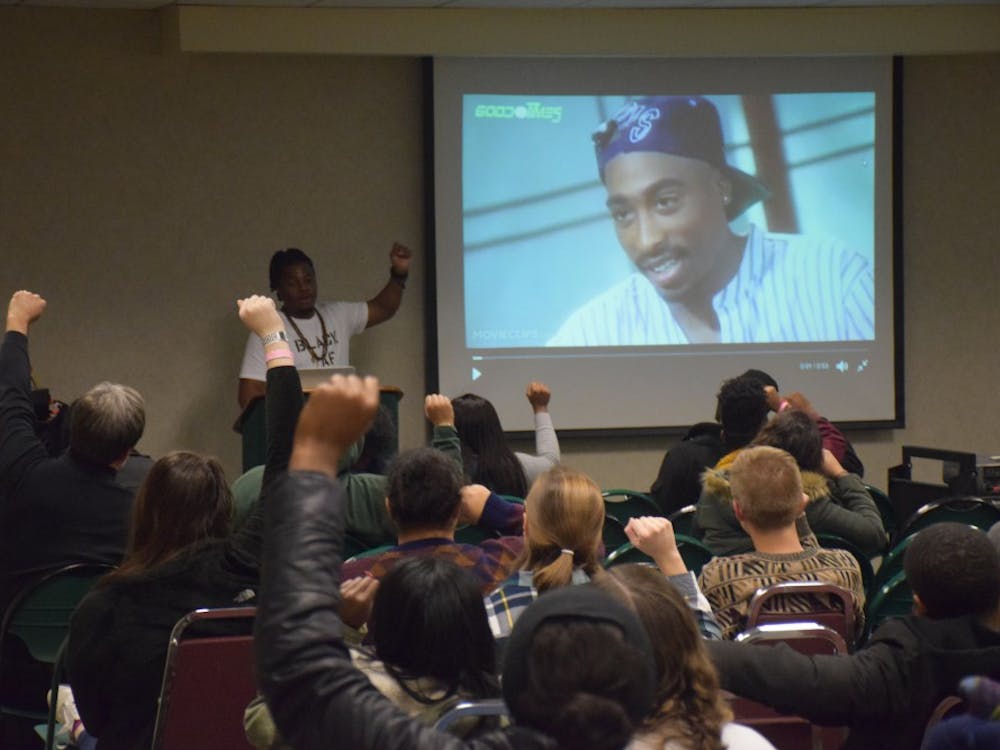