Greg Kelley met with the media Thursday Sept. 24 as his first meeting with the press since his arrival at Eastern Michigan. Kelley was exonerated in November 2019 after being convicted of child sexual assault case in July of 2014.

Kelley was charged in August 2013 and was convicted in July 2014. He spent six years in prison before his case was reopened in February 2016. New evidence, as well as a new suspect, brought about the exoneration of Kelley and his release on Aug. 22. Kelley’s story had been adapted into a film series, Outcry, on Showtime in a five-part documentary series.

The Texas high school football product will be looking to make a mark on Eastern Michigan’s football program as a defensive back. Kelley said, “My goal is to ball out and work hard, develop my skills, and to cultivate the skills that I may need the cobwebs dusted off of. I intend to do that and to get a quality education.” Kelley averaged 4.3 tackles per game in high school as well as four sacks and three caused fumbles.

Kelley was brought into the program through his connection with Eastern Michigan Football Defensive Coordinator, Neal Neathery. “Coach Neathery and I have always had a great relationship, he recruited me in UTSA,” said Kelley. “There was always this thought in the back of my head ‘maybe I want to play for a guy who really actually cares about me.’” Kelley accepted his scholarship with the Eagles soon after they offered it to him. “I didn’t have any people talking to me since I decided to get into the transfer portal two weeks before I accepted my scholarship with Eastern Michigan.”

Kelley’s decision to play football has not been without a personal cost. “It was a tough conversation for my family, for my wife, who I just newly [married]. We ultimately made that decision about a month ago that I would be making the trip up here.”

Despite his sacrifices, Kelley remains optimistic on playing football for Eastern Michigan. “I feel like a kid again. I’m 25 and I am getting the opportunity to do what 19, 20 and 21-year-olds do. I’m making new friends and new brothers.”

Kelley will get his first chance to play when MAC Football resumes Nov. 4. 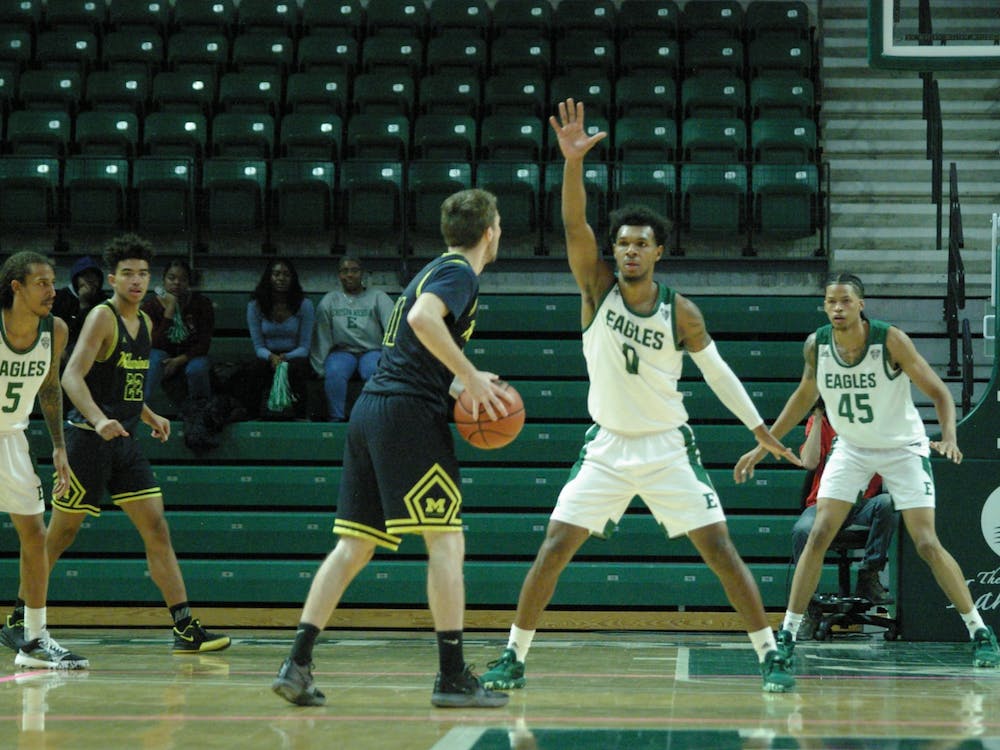