Willow releases her 5th album "Lately I feel Everything" this past weekend. With this album she makes it known that she is not afraid to break the mold and to switch things up.

Willow Smith is finally back with a brand new album titled “Lately I Feel Everything." The album, which released this last Friday, has 11 tracks featuring artists like Travis Barker, Avril Lavigne, Tierra Whack and more. Compared to Willow’s previous projects, this album takes a much different approach.

Before “Lately I Feel Everything”, Willow Smith was known for her R&B style and soft voice. When looking at Willow’s career and seeing how she has transformed from her first album “Ardipithecus” which featured one of her hit songs “Wait a Minute!”, compared to her recent EP “Rise” with Jahnavi Harrison you can surely hear the change in sound. This new album though has been the biggest shift we have seen from her!

This change was evident when she shocked so many with her single “Transparentsoul” which is a much more aggressive and raw sounding song compared to her previous hits. This was thanks to help from Blink 182’s drummer Travis Barker who was featured on this song and a few other songs on the album.

In an interview with W magazine Willow talked about transitioning to this punk style genre. She stated “I never thought I could do rock music, because I was trained since I was 8 to sing R&B. Then I was just like, You know what? F*** it."

That approach was perfect for her to grow into the angsty style of punk music and with the help of Barker and Lavigne she was able to make a smooth transition into the pop-punk world. For instance her song “Grow” featuring Lavigne and Barker imbues all the artists styles, from Willow’s spiritual vibe to Lavigne’s sassy punk style.

There are a lot of great songs from start to finish on this album. Though if you don’t plan to listen to it all the way through I recommend these songs:

The single “Transparentsoul” which is the first song to kick off the album and probably the song with the most popularity. As I said earlier this song was a great introduction to this “new” Willow style.

Another good song is “Gaslight” . This is the third song that features Travis Barker and honestly is my favorite of the whole album. This song is energetic from start to finish and honestly gives the feeling of a post-apocalyptic teen movie. It's full of emotion and Willow honestly put her soul into this track.

Now if you want to find something similar to her older albums like “The Anxiety” or “Willow” check out “don’t SAVE ME”. The vocals are amazing in this song and the lyrics I feel many can relate to. In this song she talks about struggling to fight her battles, but telling people that she can do it on her own.

Last but not least her song “4ever” is the definition of bittersweet. Talking about realizing the relationship she has with someone can’t last forever even though they both like each other. Just like the “don’t SAVE ME” it feels as though it could be put in her previous albums and match her previous style. I think this is due to it being co-written by Tyler Cole who she collaborated with in “The Anxiety."

In a sit down with Nylon magazine Willow talked about the pressure she dealt with growing up.  Willow said “What made me angsty and frustrated as a teenager was definitely feeling like I wasn't able to make mistakes,” she continued by saying. “I felt like I wasn't able to change and evolve and be a young person. I definitely feel like I’ve overcome that.” In the end, this quote encapsulates the feeling of “Lately I Feel Everything."

The confidence that she has started to acquire can definitely be heard in this album. That's what makes it great since in many of these songs she  was still able to incorporate her own  sound that has made her so iconic.  To me that element is the most important. She is not just ripping off others' style but she is taking her own style and branching it out. This album was a great listen and it honestly has me excited for what she has in store for the future. 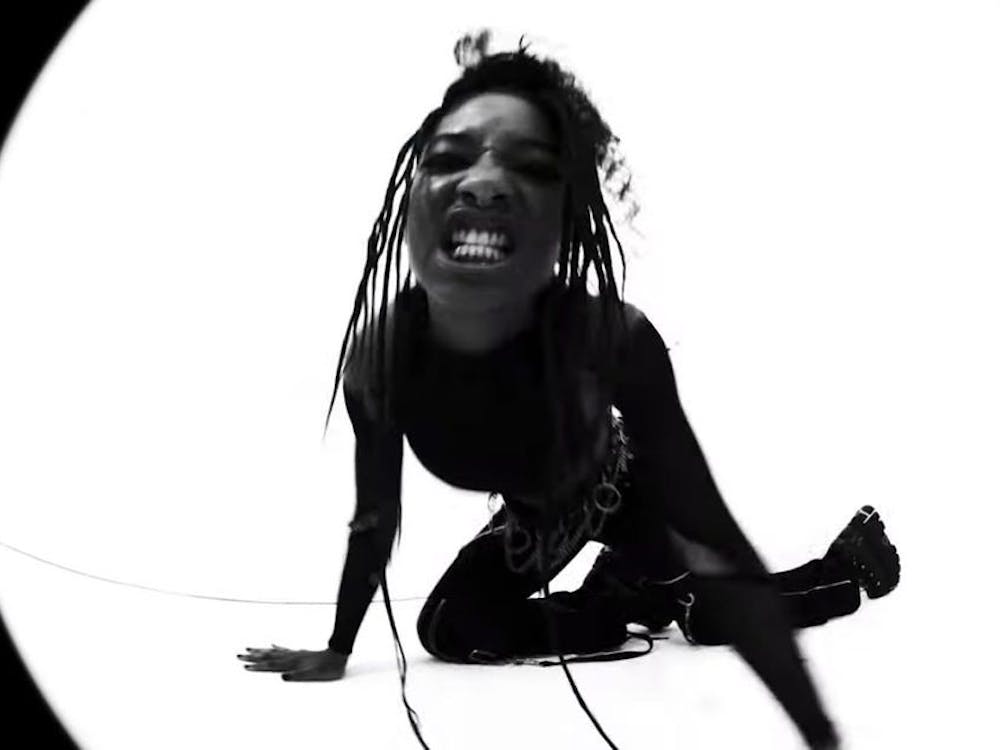